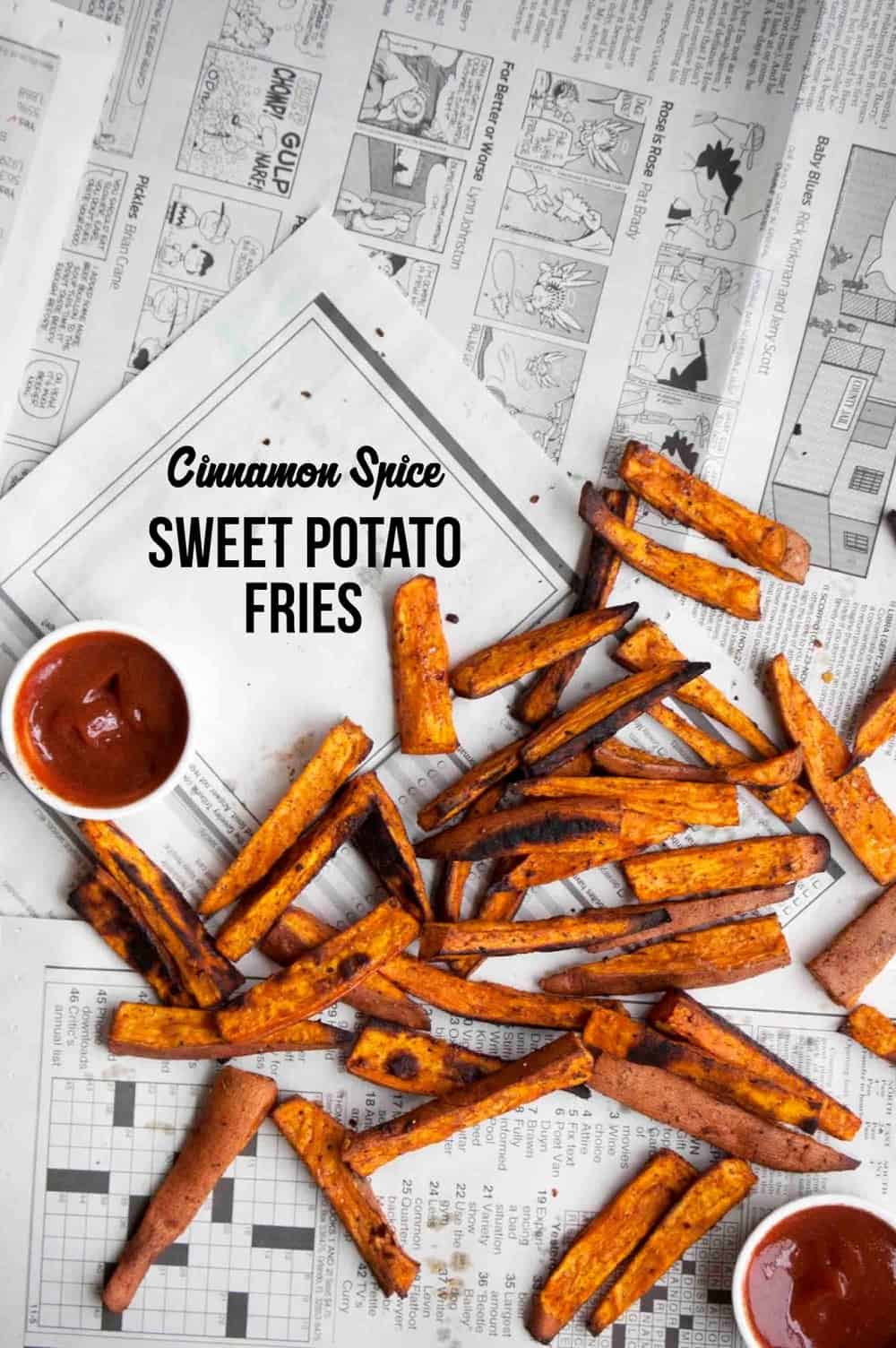 This week in my intro to recreation / tourism / and hospitality class we had an uh-mazing guest speaker! She was great. She wrote her dissertation on culinary tourism around the world. I could have listened to her speak all day. One of the most powerful points that she discussed was the ability that food can bring people together from all around the world. Food is quite frankly the most common ground between all people.

Everyone has to eat. Your first date with someone: you go out to dinner. An interview with a boss: over a cup of coffee and a croissant. Thanksgiving: well, you get it. 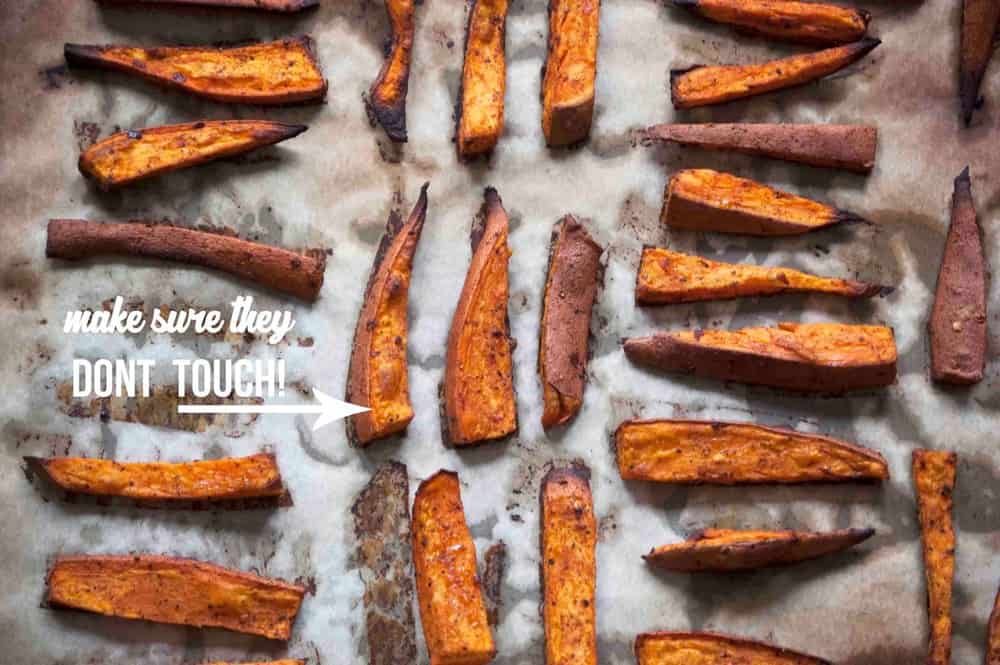 I know, quite a serious post for some sweet potato fries 😉 As a food blogger, I’ve realized the story behind the food is just as important as the food itself.

Sweet potato fries are simple, but this recipe steps them up a notch. A spice blend of cinnamon, pepper and paprika gives them a swift flavor kick in the right direction.

Arrange fries on two baking sheets so there is space in between each piece, allowing them not to touch. This will allow them to cook more evenly.

Place in the middle rack of an oven and bake 20-25 minutes. 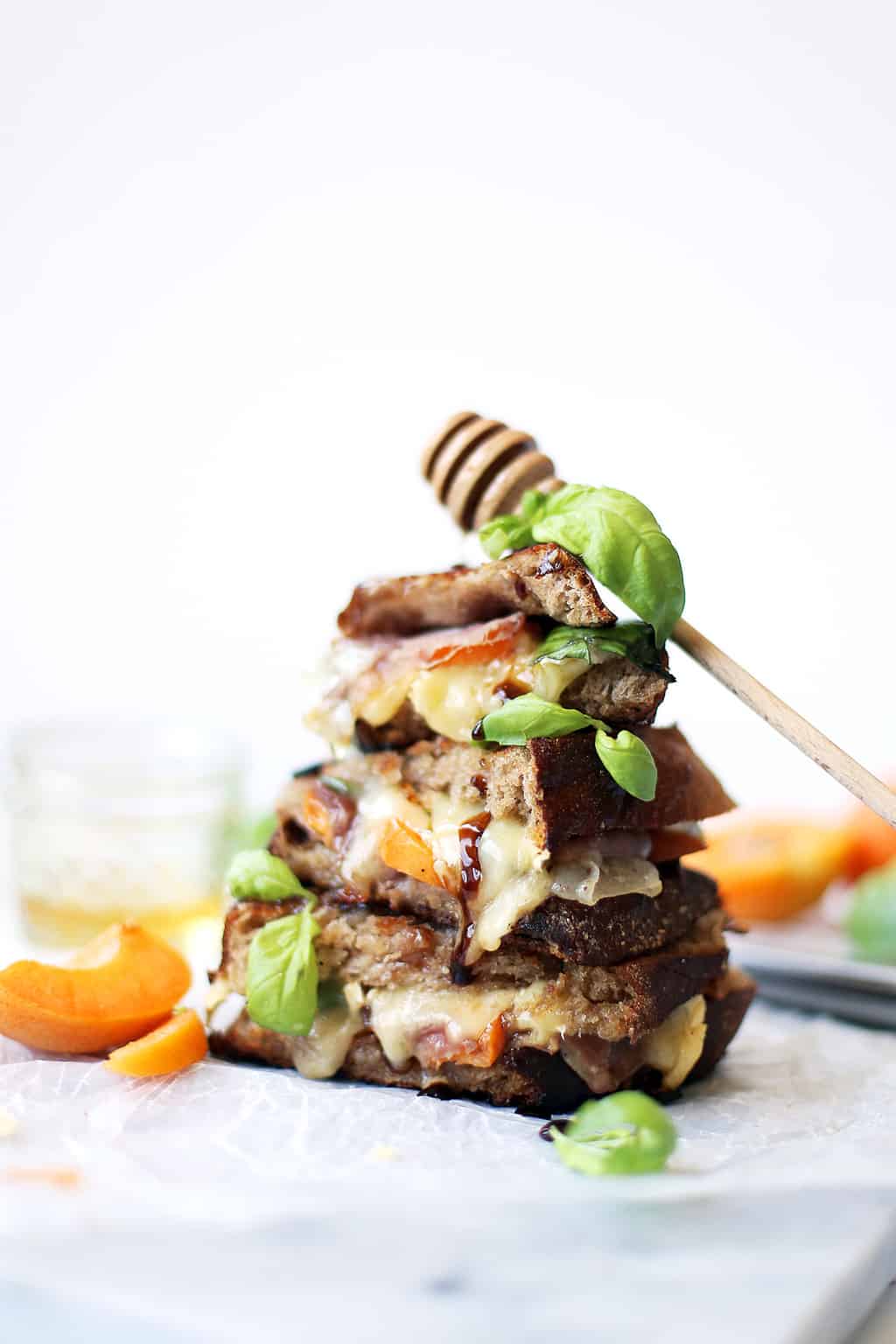