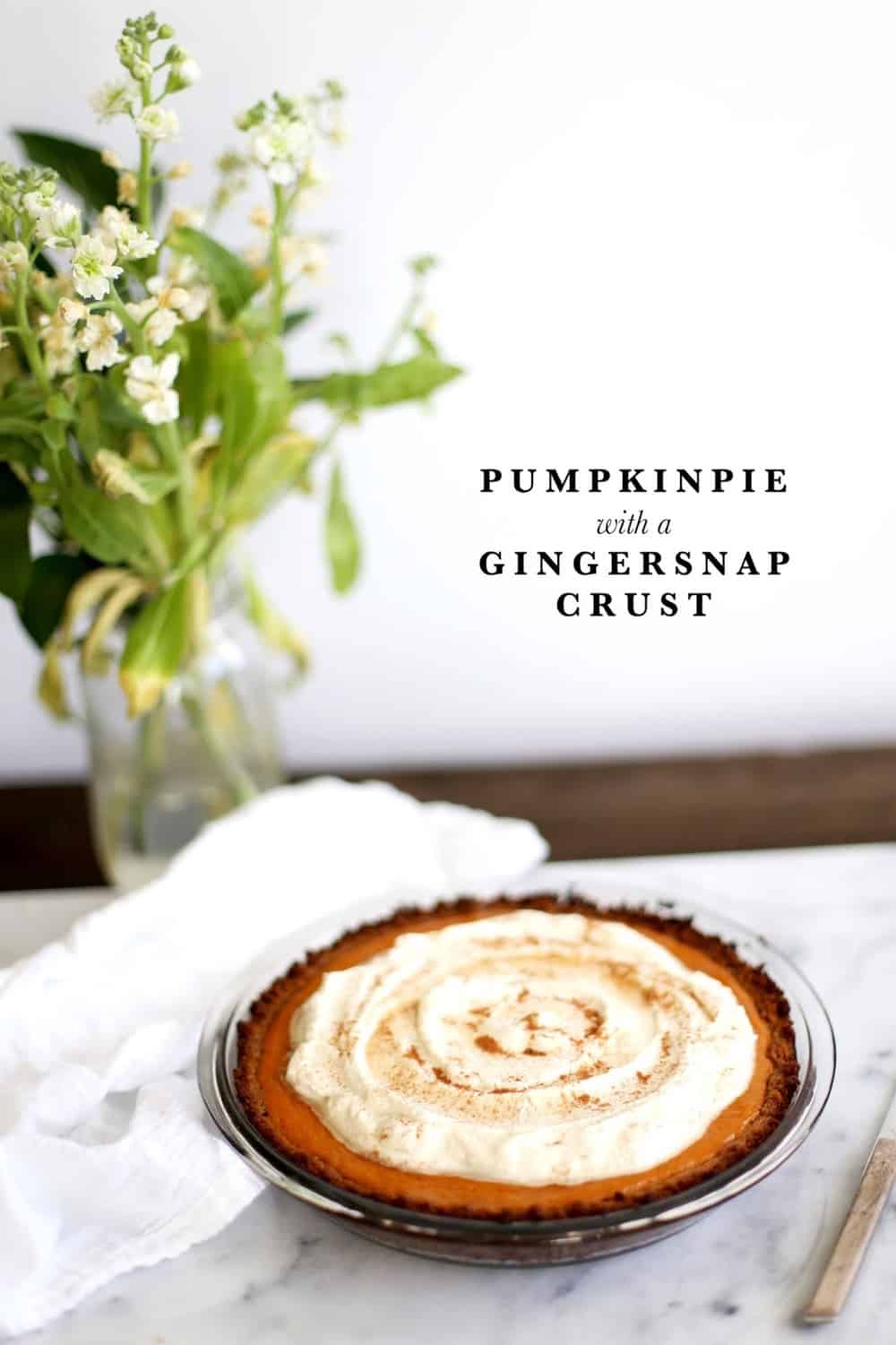 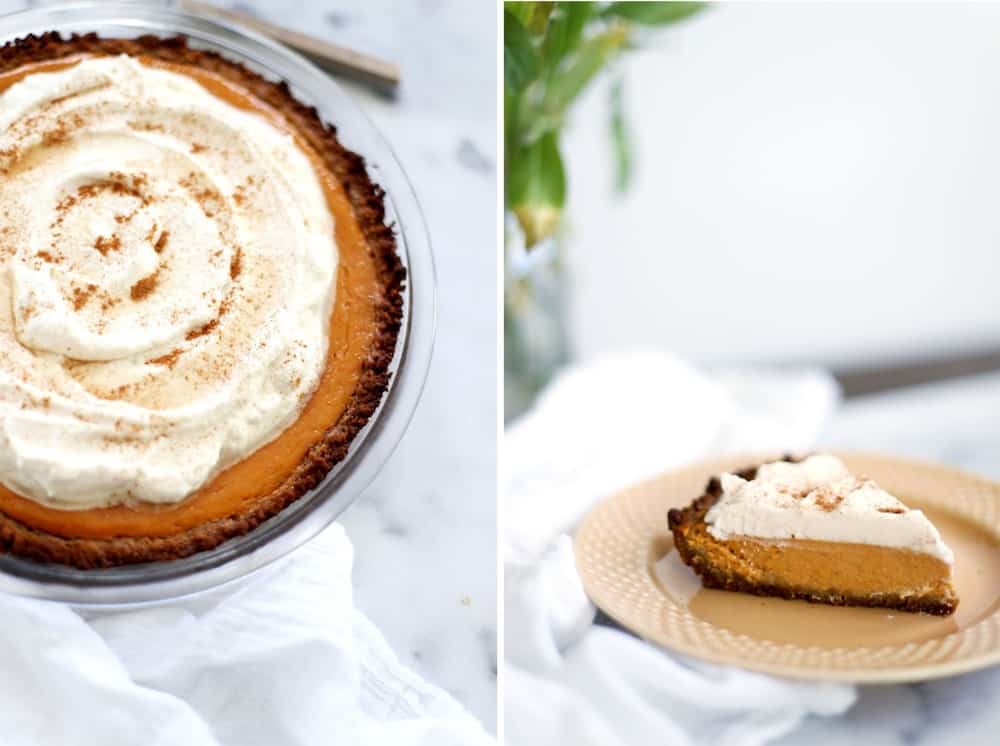 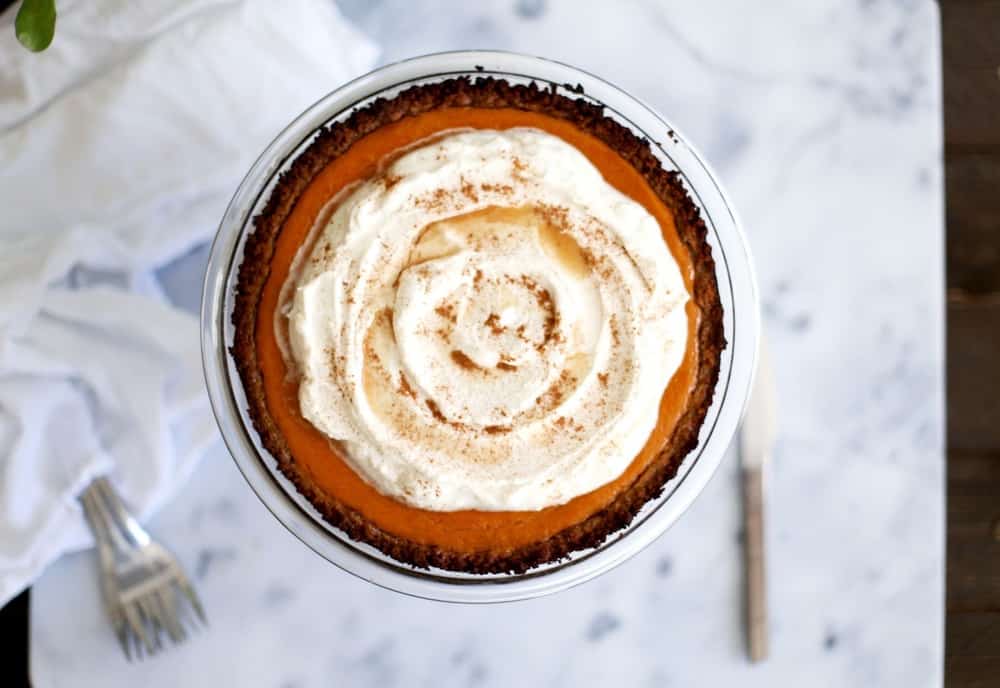 Preheat oven to 350 F. Ground ginger snap cookies in a food processor or with a rolling pin in a ziplock bag until finely ground. Mix together ground ginger snaps, melted butter, brown sugar, cinnamon and salt. Press into a 9-inch pie pan and bake for 8-10 minutes until golden and fragrant. Let cool for 10 minutes before pouring filling in.

for the pumpkin filling

Preheat oven to 425 F. In a large mixing bowl combine pumpkin puree, evaporated milk, brown sugar, eggs, cinnamon, and salt. Slowly whisk in evaporated milk. Pour into gingersnap baked crust and bake at 425 F for 20 minutes and then reduce heat to 350 F for an additional 15-20 minutes until the middle of pie is just set. 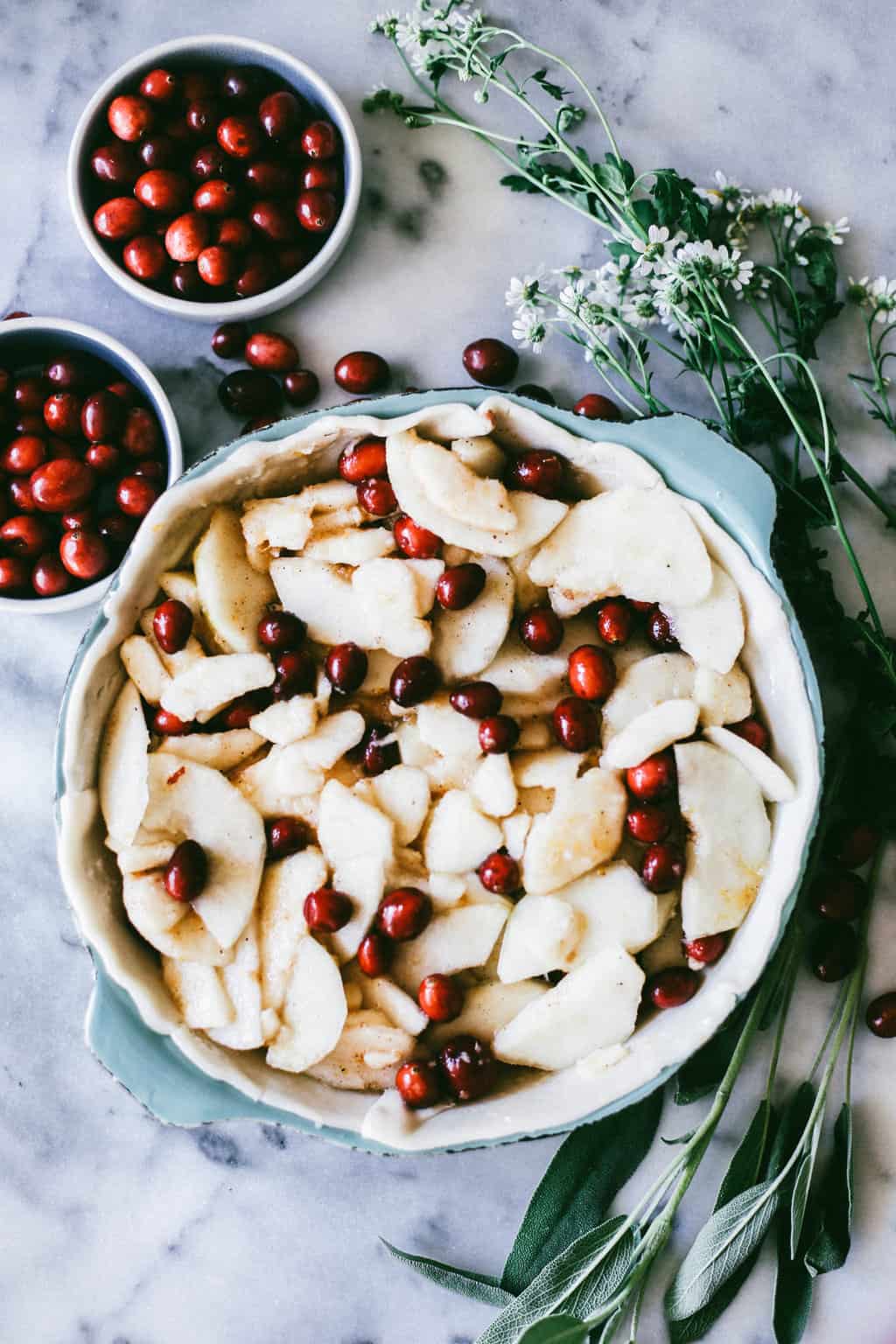