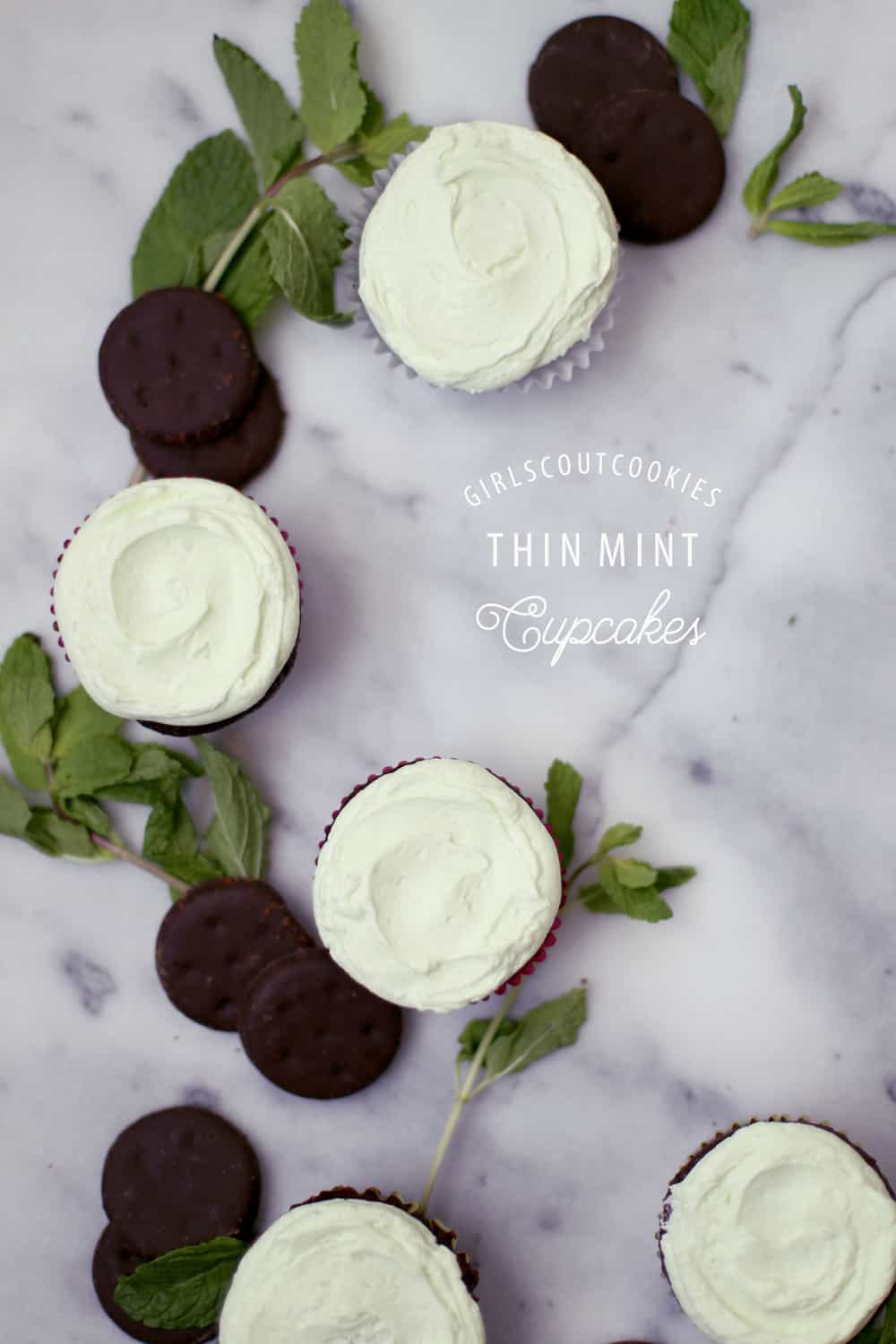 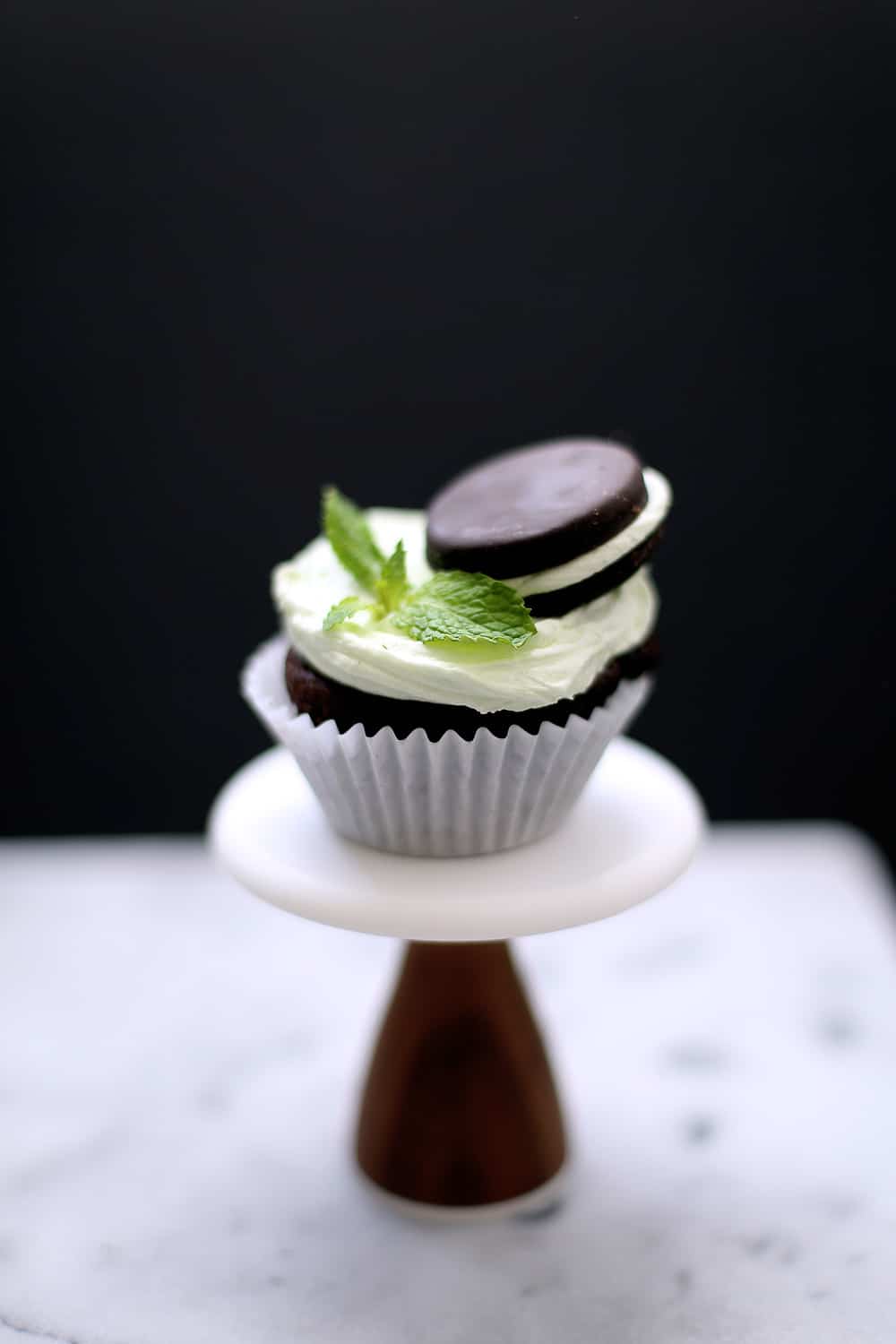 When I was 7 I remember I wanted to be a girl scout SO. FREAKING. BAD.

I remember leaving school and seeing all my playground friends meet up at this bench outside of the class room and put their cute little brownie outfits on and do girl scout shit. Lord knows what they actually did, but man did I want that brownie outfit. It only gets worse too as you grow up because those said brownies turn into actual scouts and get an even cooler green vest with all these patches. I played a ton of sports so I guess I can’t complain. I’m also super competitive now and I bet if I was a girl scout I probably wouldn’t have been. But sometimes when I’m buying one two many boxes of samoas I just wanna be like “hey little girl, be happy that you get to sell these cookies because not everyone gets the chance”. But I just end up buying the cookies and leave.

Also! Did anyone see Chris Rock at the Oscars last night and his little stunt with girl scout cookies ?! It was hilarious! He brought out like a hundred girl scouts and had them sell cookies to all the nominees in the front row. I was lol’ing hard. The next morning I heard that his little stunt raised $69K, can you believe that?! Maybe Ryan Seacrest reported it wrong but that’s nuts! I can just imagine Kate Winslet pulling out a wod of hundreds out of her dior clutch and being like “2 Samoas and box of thin mints for Leo”.

I pretty much have a plethora of girl scout cookies now and figured I should put them to good use! I love girl scout cookie flavored coffee creamers, and the ice cream and basically anything made with them so I made thin mint cupcakes and samoa brownies in another post! Enjoy! 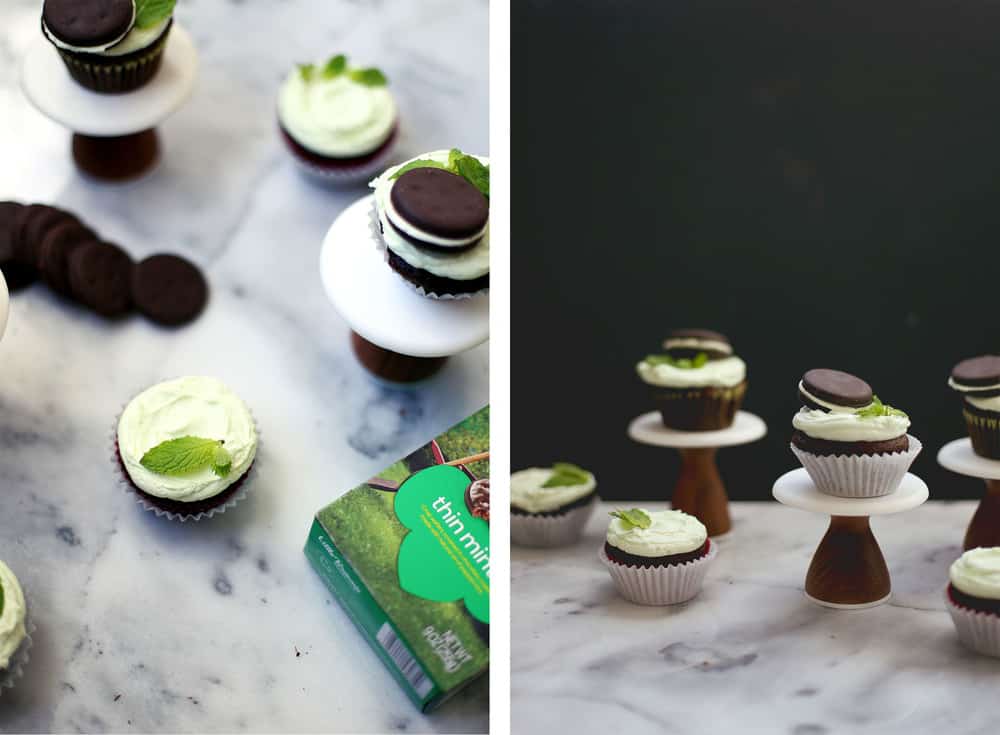 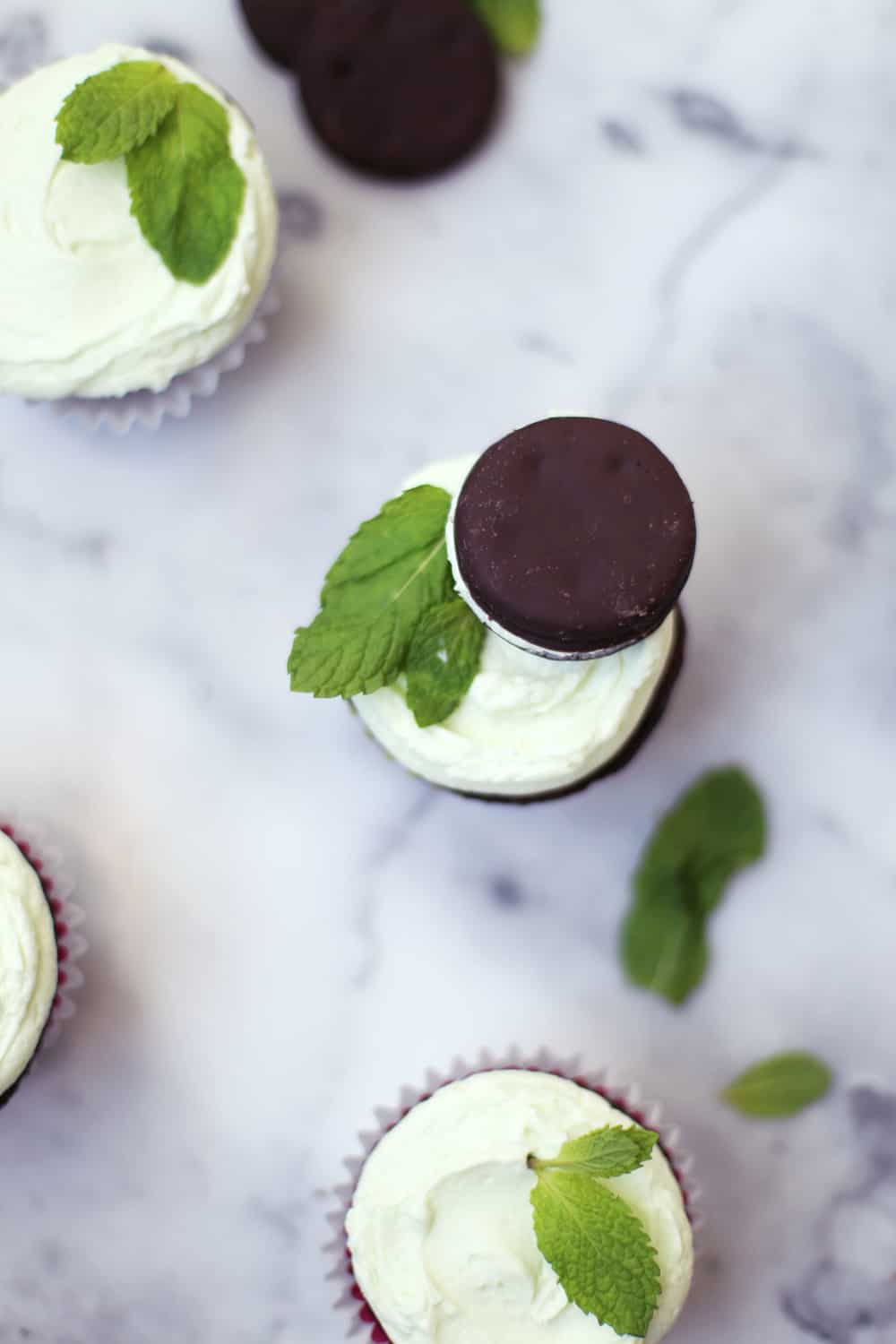 Preheat oven to 350 degrees and line a cupcake tin with liners. Set aside.

In a large bowl combine dry cake ingredients: cake flour, baking soda, baking powder, salt, pinch of cayenne pepper and cocoa powder. In a large bowl fitted with a stand or hand mixer combine melted butter, sugar and pure vanilla extract until light and fluffy. Add in eggs and mix until just incorporated. In alternating segments add dry ingredients and milk until all incorporated. Fold in cup of hot coffee. The batter will be quite runny at this point. Fill cupcake liners 3/4 fill and bake for 18-22 minutes. Check for ‘doneness’ with a toothpick until it comes out fairly clean.

In a large mixing bowl fitted with a stand mixer or hand mixer, beat butter for about 5 minutes or until light and fluffy. Add in salt, vanilla extract and half of powdered sugar. Beat until light and airy, add in remaining powdered sugar. *Note* I live in a very dry climate and need all of the heavy cream listed to thin out my frosting, if you live in a humid climate you might not need it. Add in peppermint extract and mix until just combined. Transfer buttercream to a piping bag and go to town. Add girl scout peppermint cookies and peppermint leaves for garnish.