Steamy and chewy carbs swirled with humongous dark chocolate chips and oozing salted caramel make these cinnamon rolls absolutely to die for! Strong coffee is 100% necessary with these! 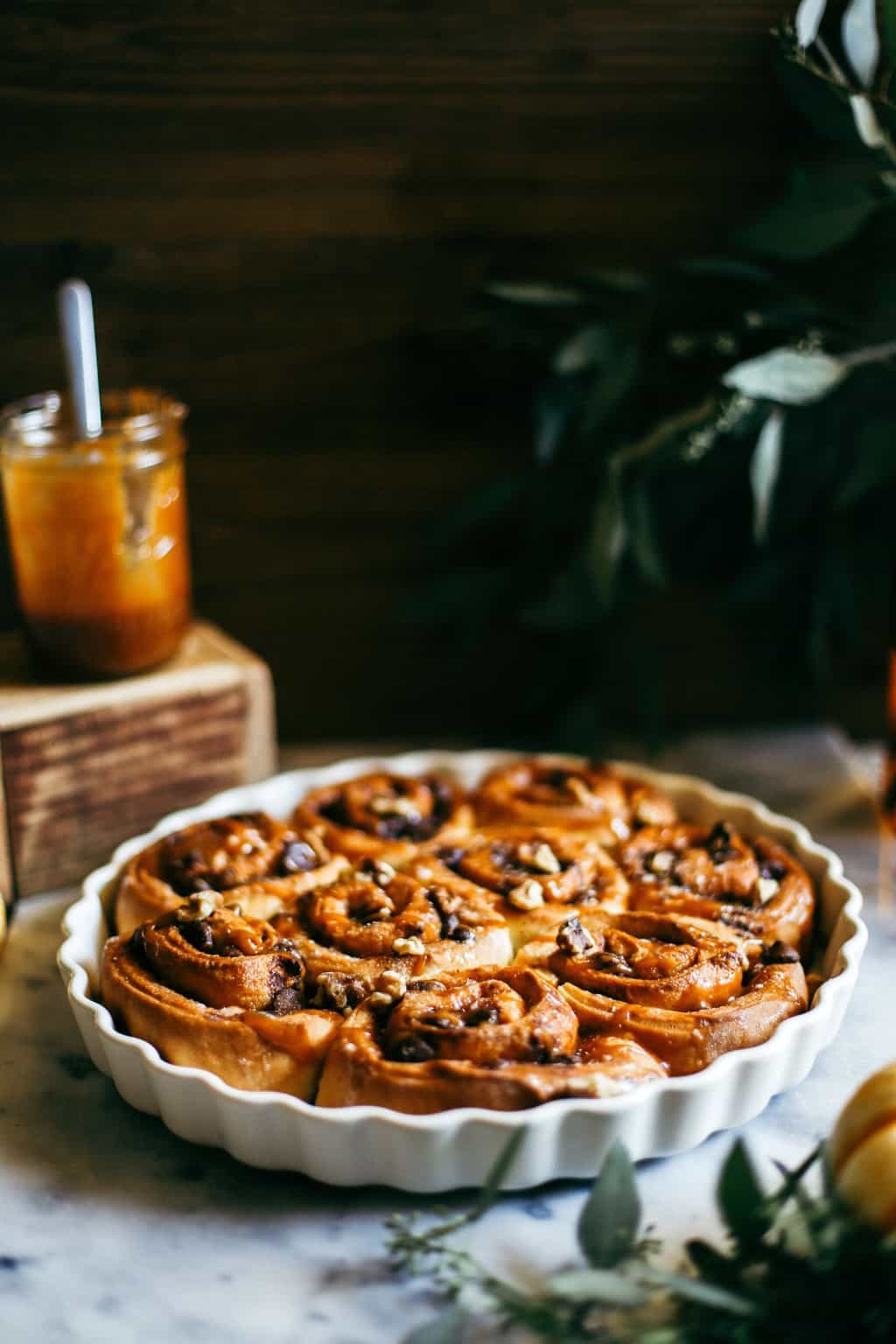 Rollin’ with my homies.

I mean.. not literally… but I do love rolling with my homies.. you know what I mean!

One of my most memorable experiences with cinnamon rolls occurred this summer with my three best friends from CA. They were out for my college graduation and one of the stops on the way to the airport was “Johnson’s Corner”.

Johnson’s Corner is one of those HUGE truck stop places on the side of the highway. Where truckers go to take a shower and a rest. Basically furnished with the same booth’s from the 50’s and probably the same menu offerings. The main thing about this place is their cinnamon rolls. They are the most GINORMOUS cinnamon rolls. Filled with buttery-cinnamony deliciousness and topped with the richest icing that you will EVER have.

While I don’t know if I will ever be able to recreate THOSE cinnamon rolls, I did create one that is absolutely perfect for fall time. Seeing as though this weekend is the start of October and Target has their Halloween section up full throttle, it is for SURE time to ‘fall’. 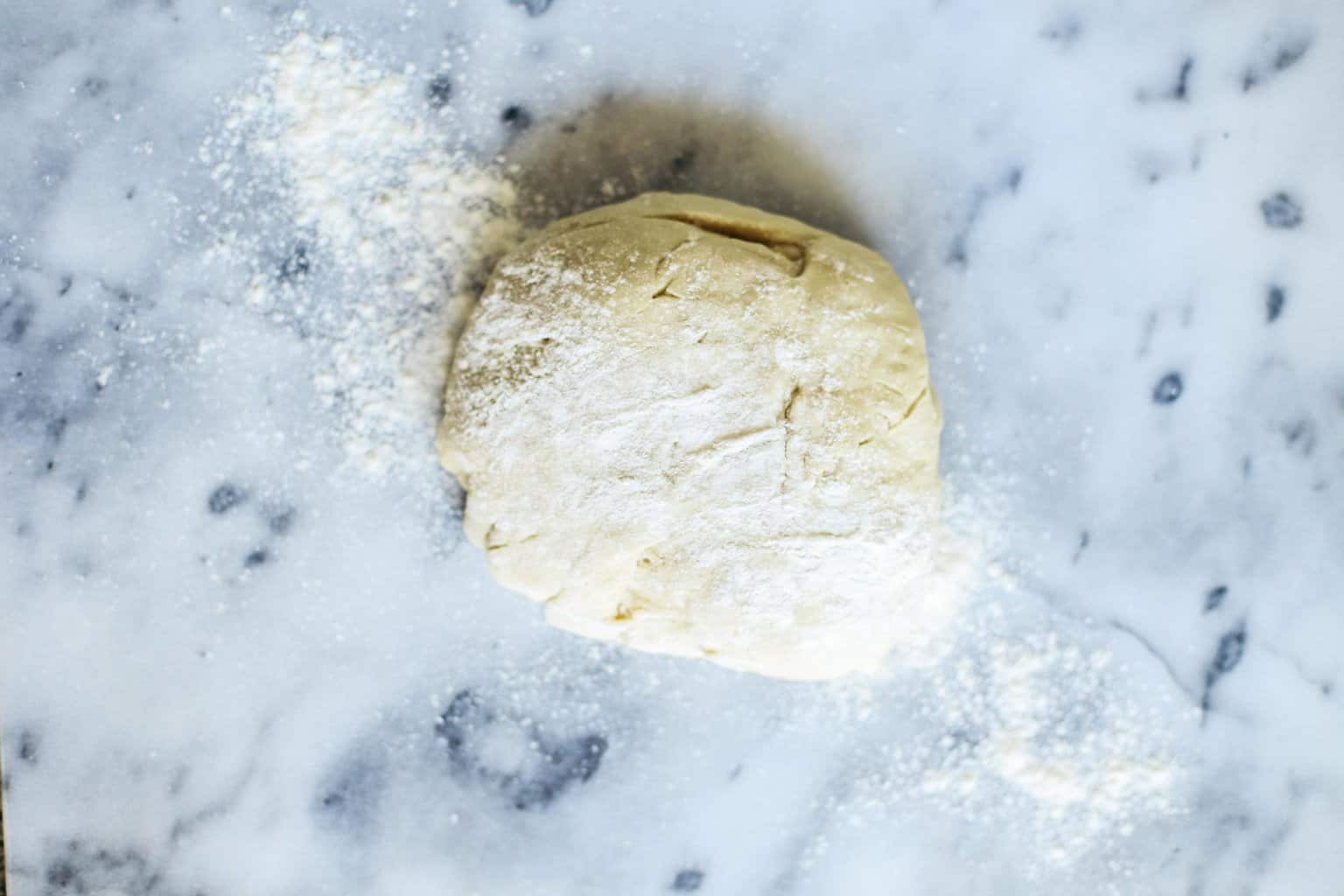 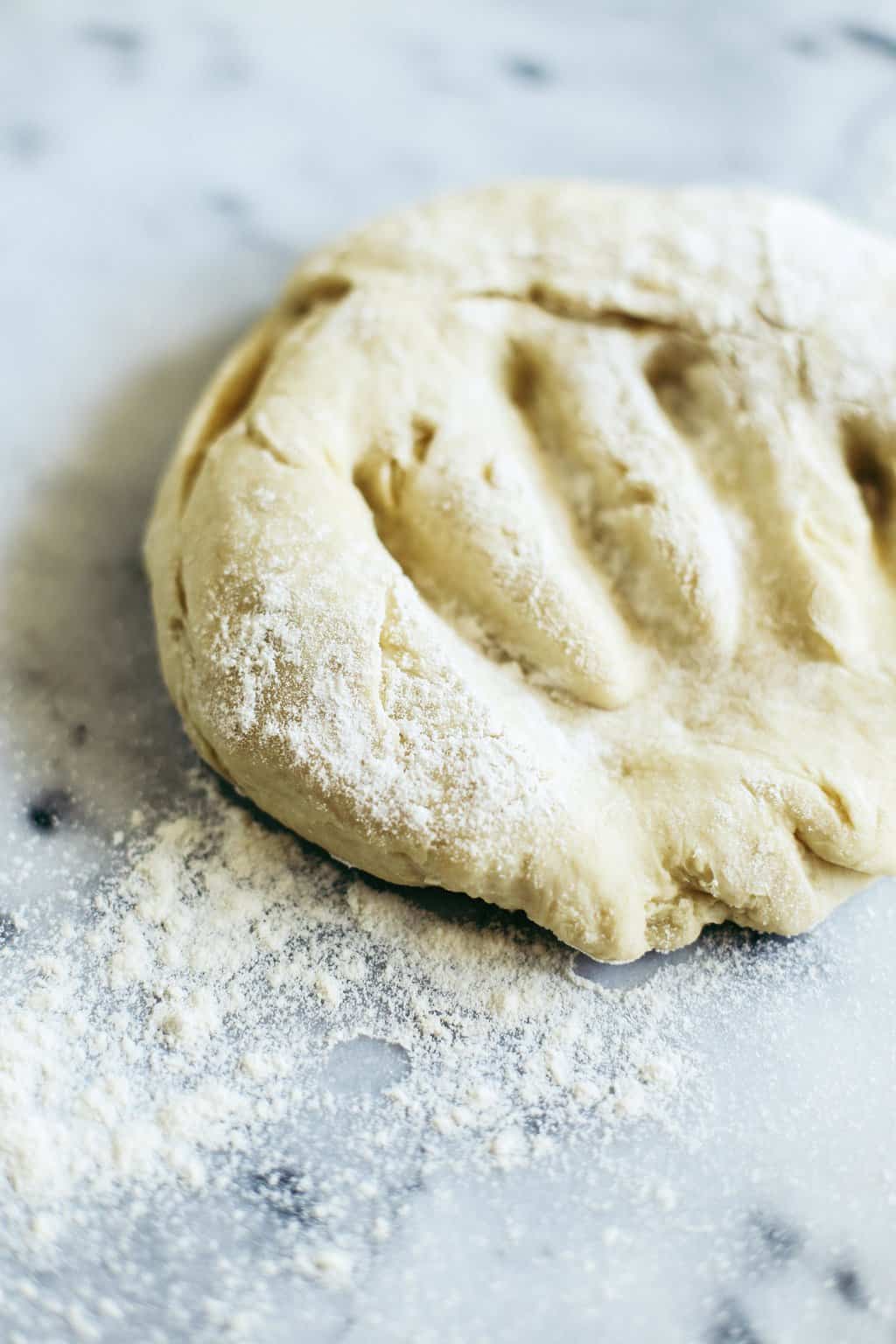 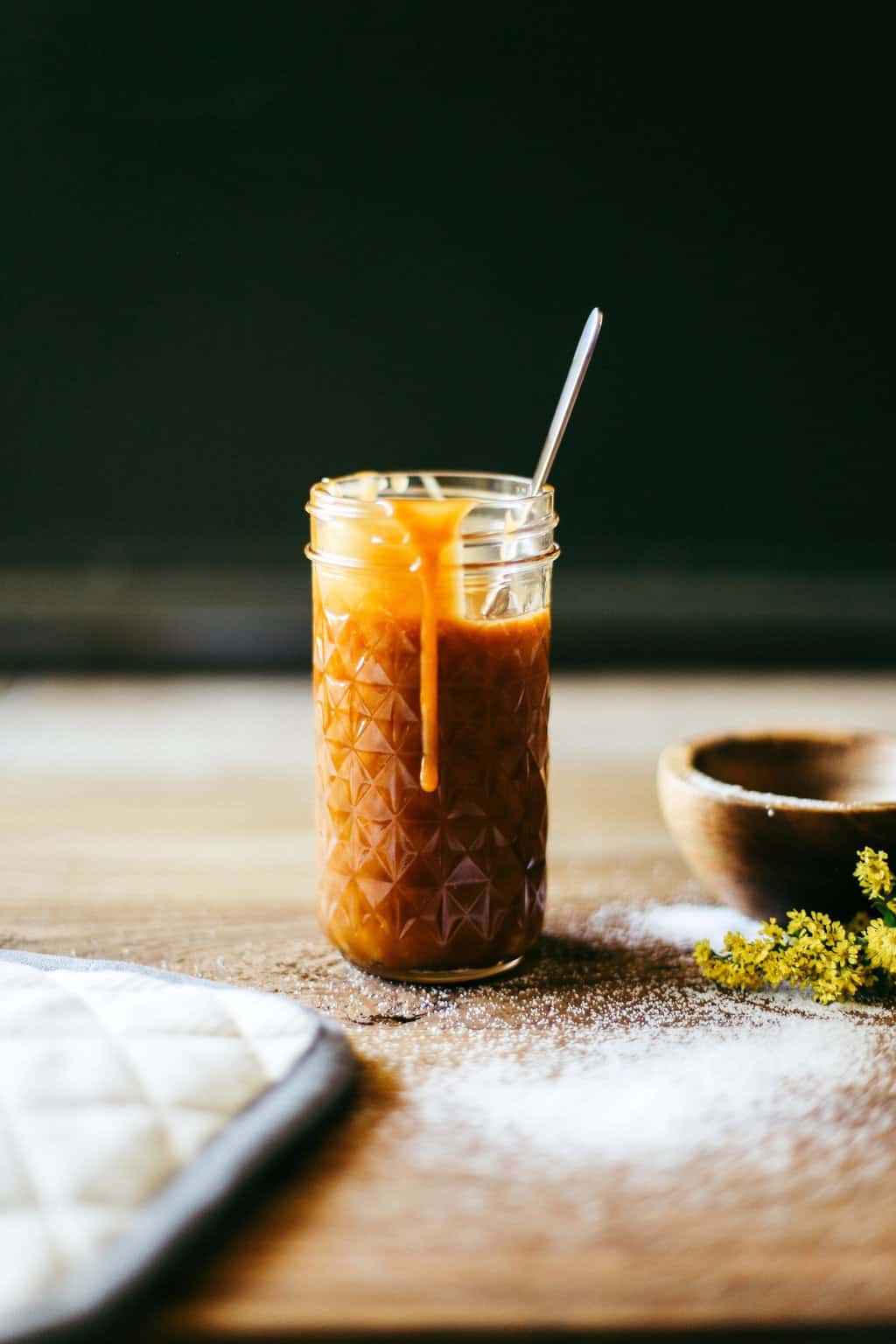 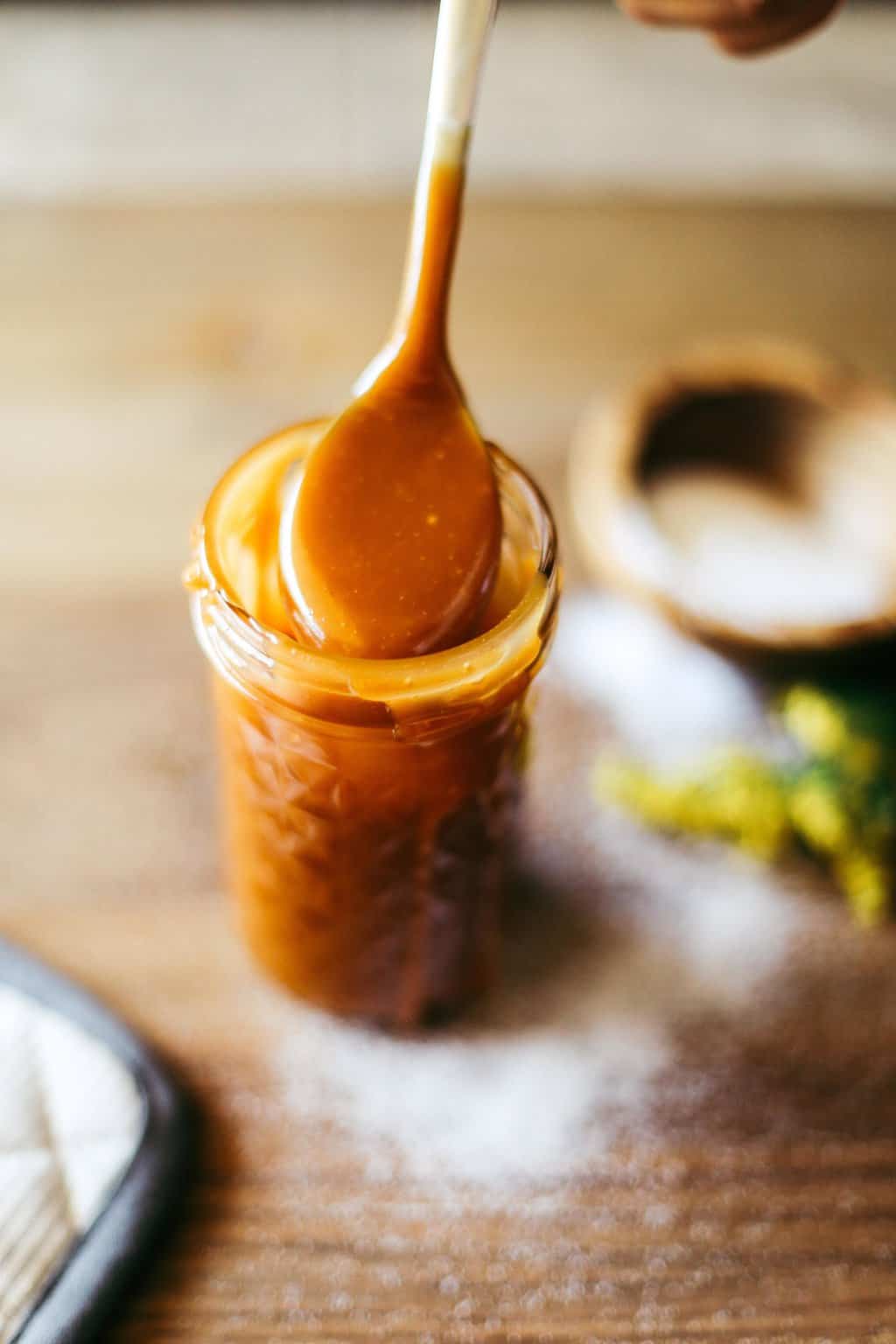 The cinnamon roll is certainly not a ‘light’ dessert or pastry. The insides are filled with rich salted caramel (yes, still hitting hard with the salted caramel..it’s just too good to put away in the pantry), dark chocolate chips and freshly chopped nuts.

A cup of stiff coffee is 100% necessary with these. Fire up the french press and serve with a few mugs, your eaters will thank you for it!

Is it just me or is the center of the cinnamon roll like .. the best thing ever. I am one of those guilty people to eat the center out of a roll too. Guess I never broke the habit as a kid but I’m not mad about it! 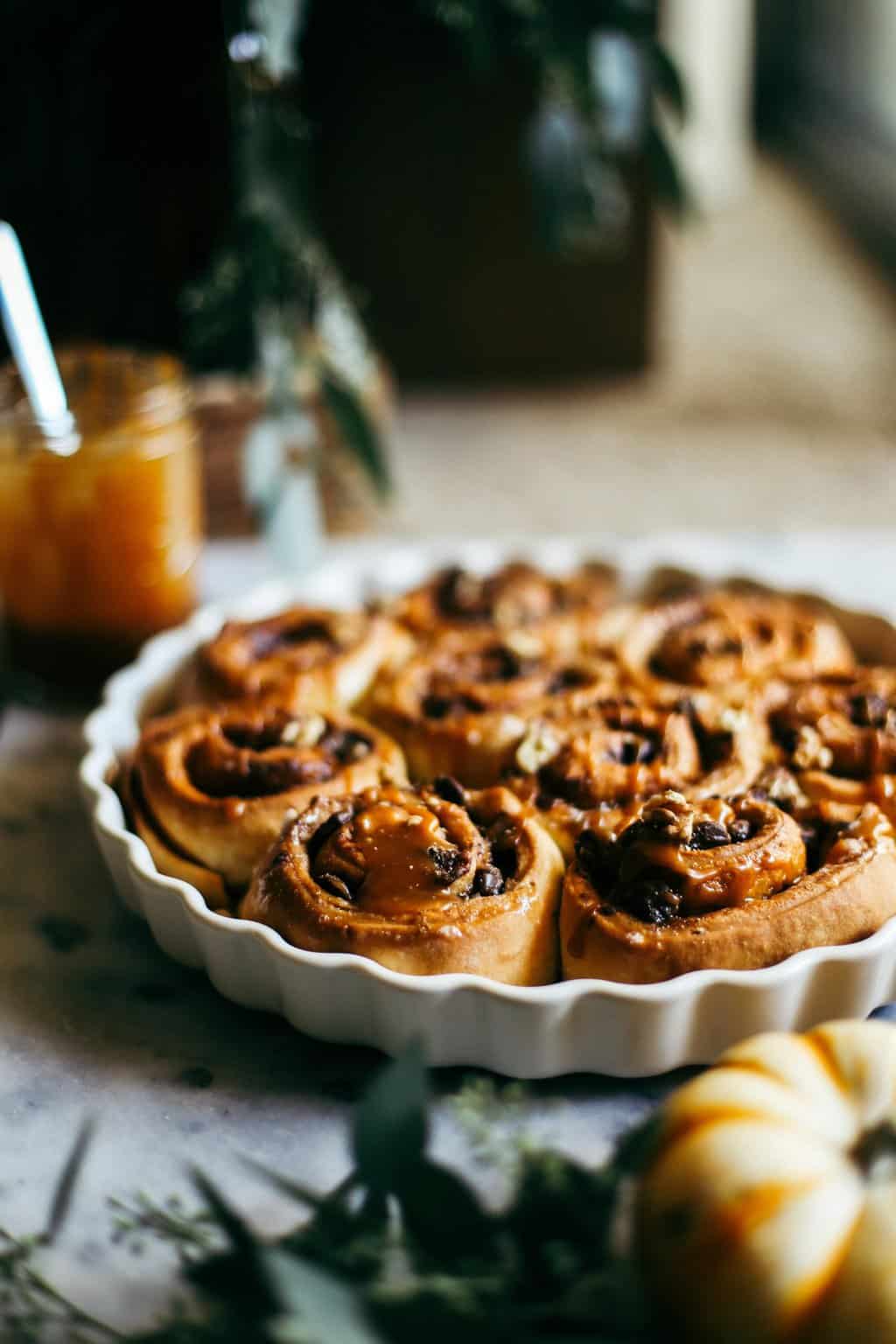 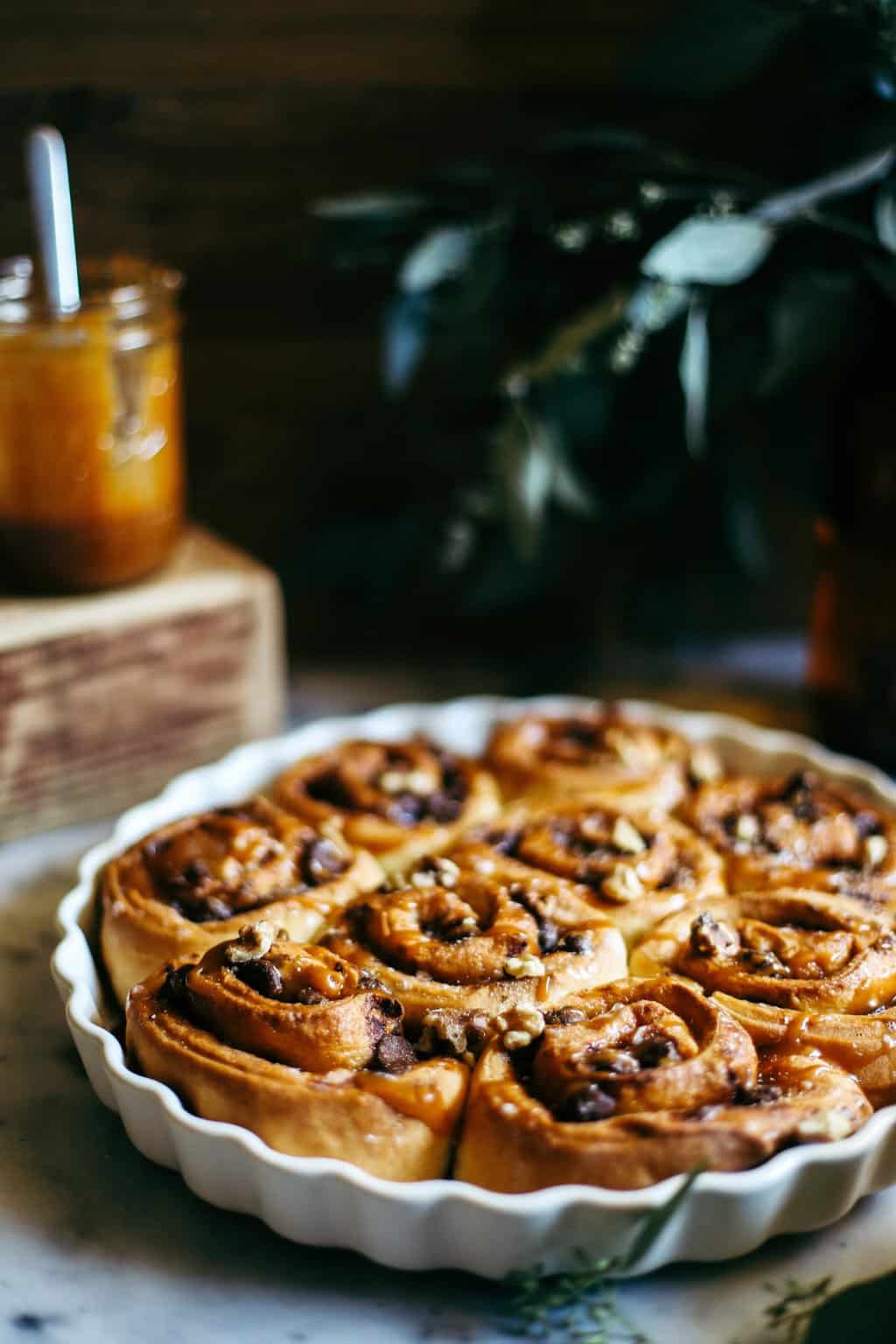 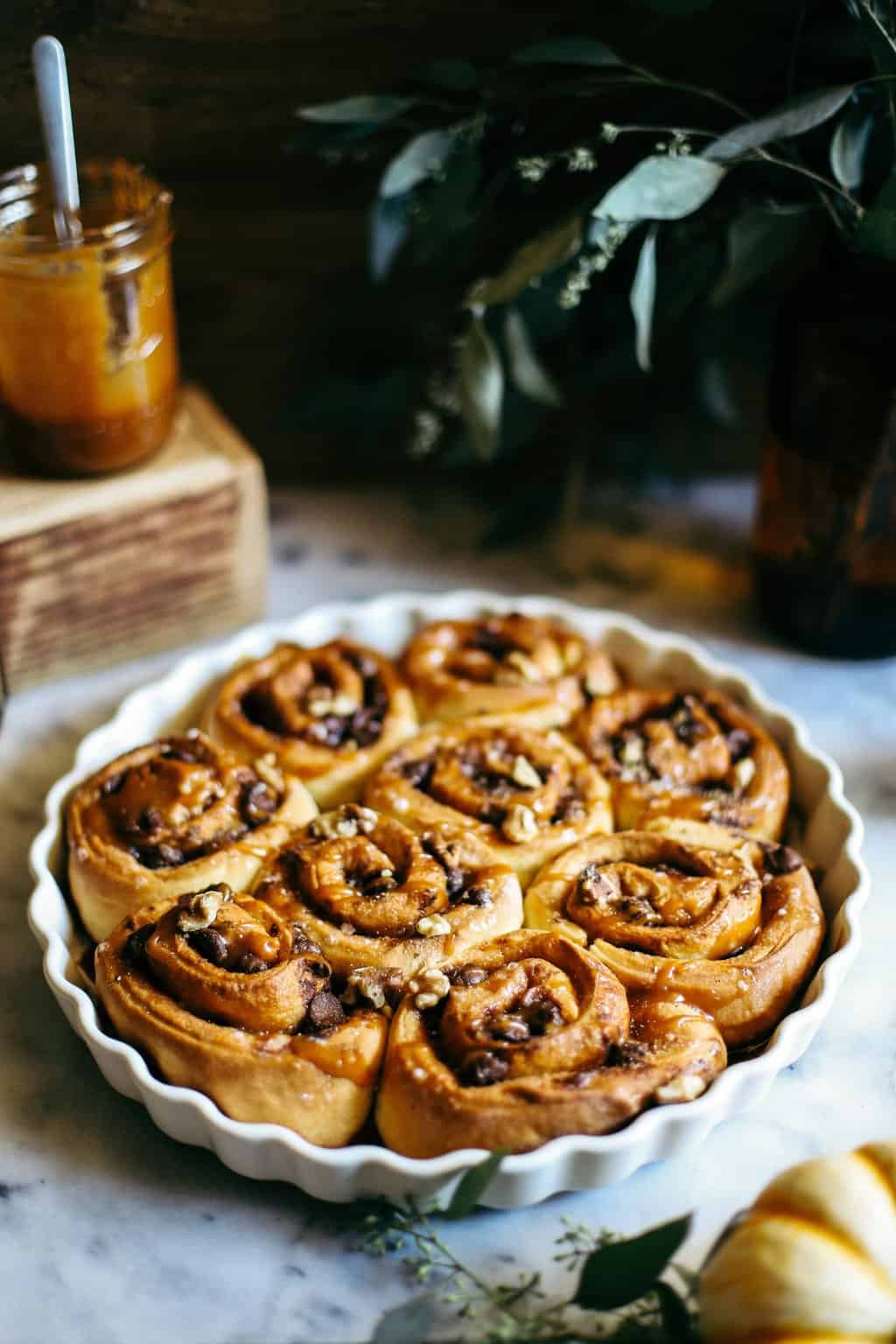 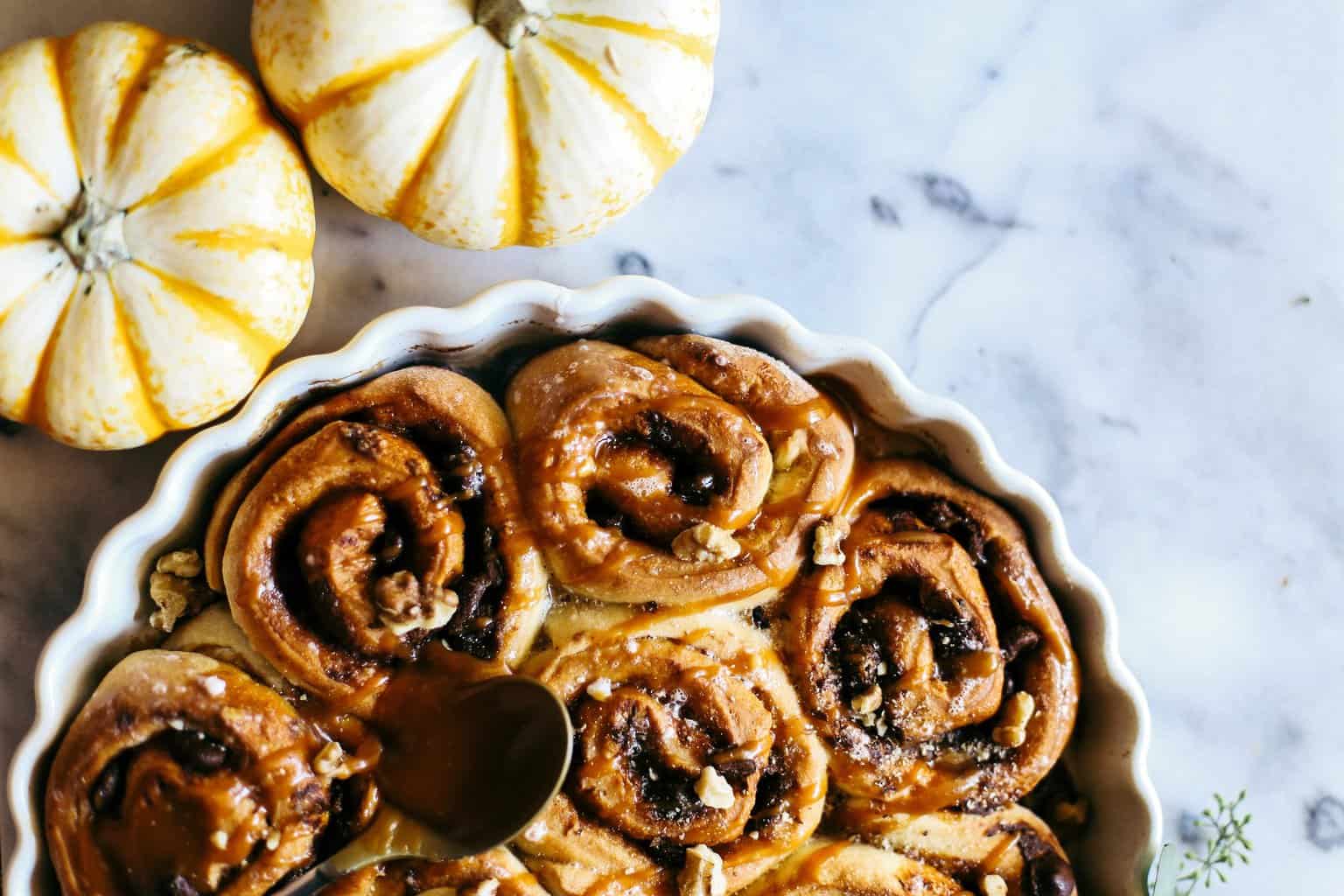 Dissolve yeast into hot water. While yeast is dissolving combine sugar melted butter, salt, warm milk and egg into a large bowl. Mix in two cups of flour and then mix in yeast + water mixture. Mix in remaining flour until dough is easy to handle. The dough should be elastic but not sticky. Sprinkle flour over a large surface and knead for 5-10 minutes. Place in a large well greased bowl (I sprayed mine with pam) and cover with two clean dish towels without touching the dough. Place in an unheated oven for an hour to double in size.

Punch down the dough and roll out into a large rectangle. Rub dough evenly with softened butter. In a small bowl combine brown sugar, cinnamon and vanilla extract and sprinkle evenly over dough.  Drizzle salted caramel and dark chocolate chips evenly over rolled out dough and sprinkle with walnuts (optional). Roll the dough and cut into slices. Place into cast iron pan / casserole dishes close together. Bake for 30 minutes or until golden brown.