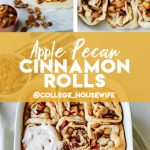 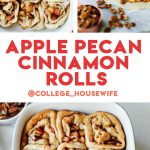 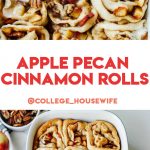 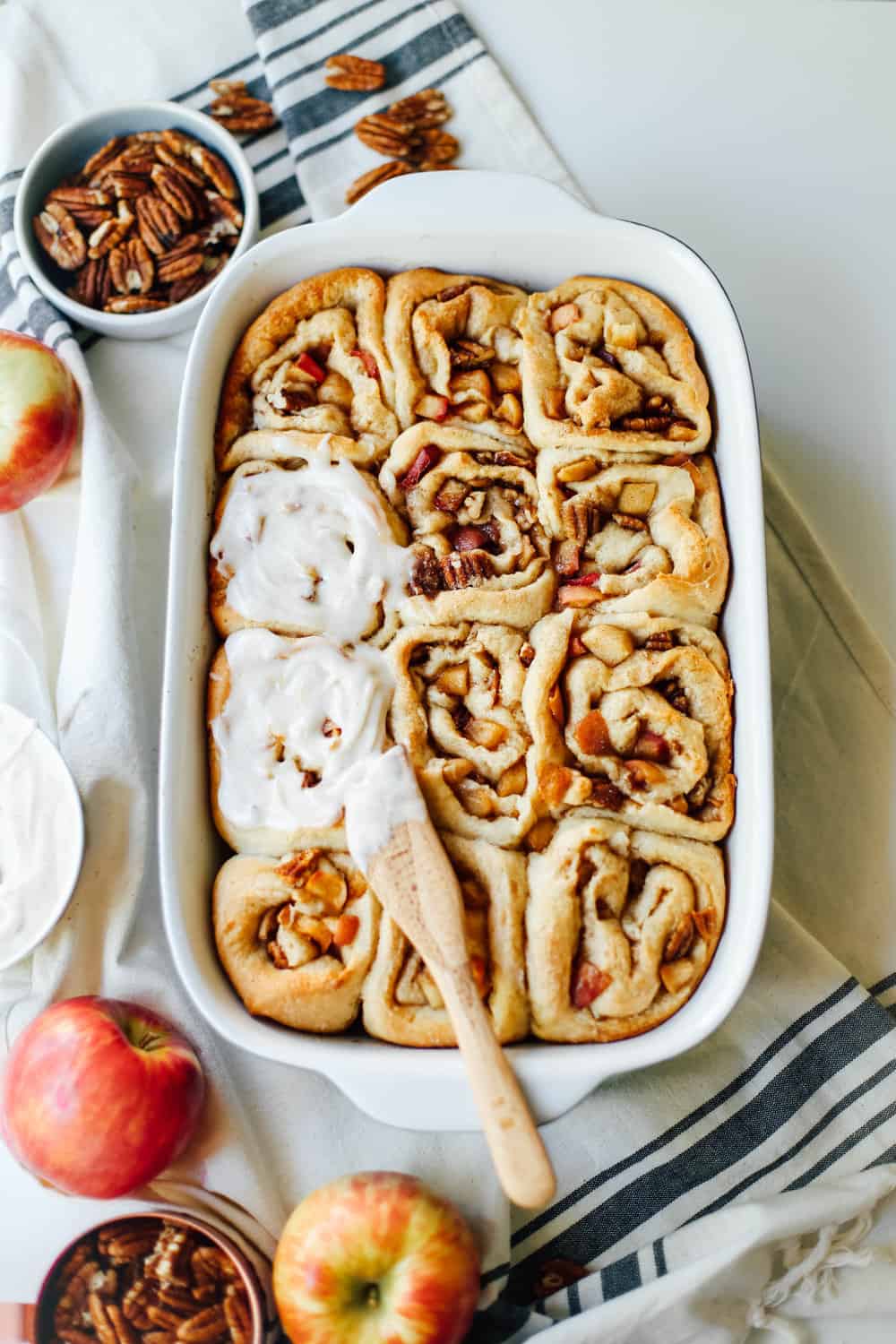 Hello! Happy middle of October! Have you broken out any fall gear yet? It is still quite deep in the 80-degree temperatures here in sunny Orange County but I am so excited to start kicking off some fall recipes on the blog!

But even more excitedly… this is my first ever post styled, created and shot in my new little house! YAY YAY YAY! I guess I am fully living up to the ‘house’ in college housewife. Did you guys know when I first started the blog I would get emails saying how proud people were that I was in college and had children, I still find it so funny.

Okay back to the new kitchen… Even when the blog was only a few months old I dreamed about shooting in a house one day. My apartment kitchens have always straight up sucked. While I don’t have a dishwasher in this little 1929 abode of ours we do have so much cabinet space and it makes my prop hoarder self insanely fuzzy inside. I have drawers just for little bowls! Because if you’re a food blogger you probably have an abnormal amount of little bowls! Ha! 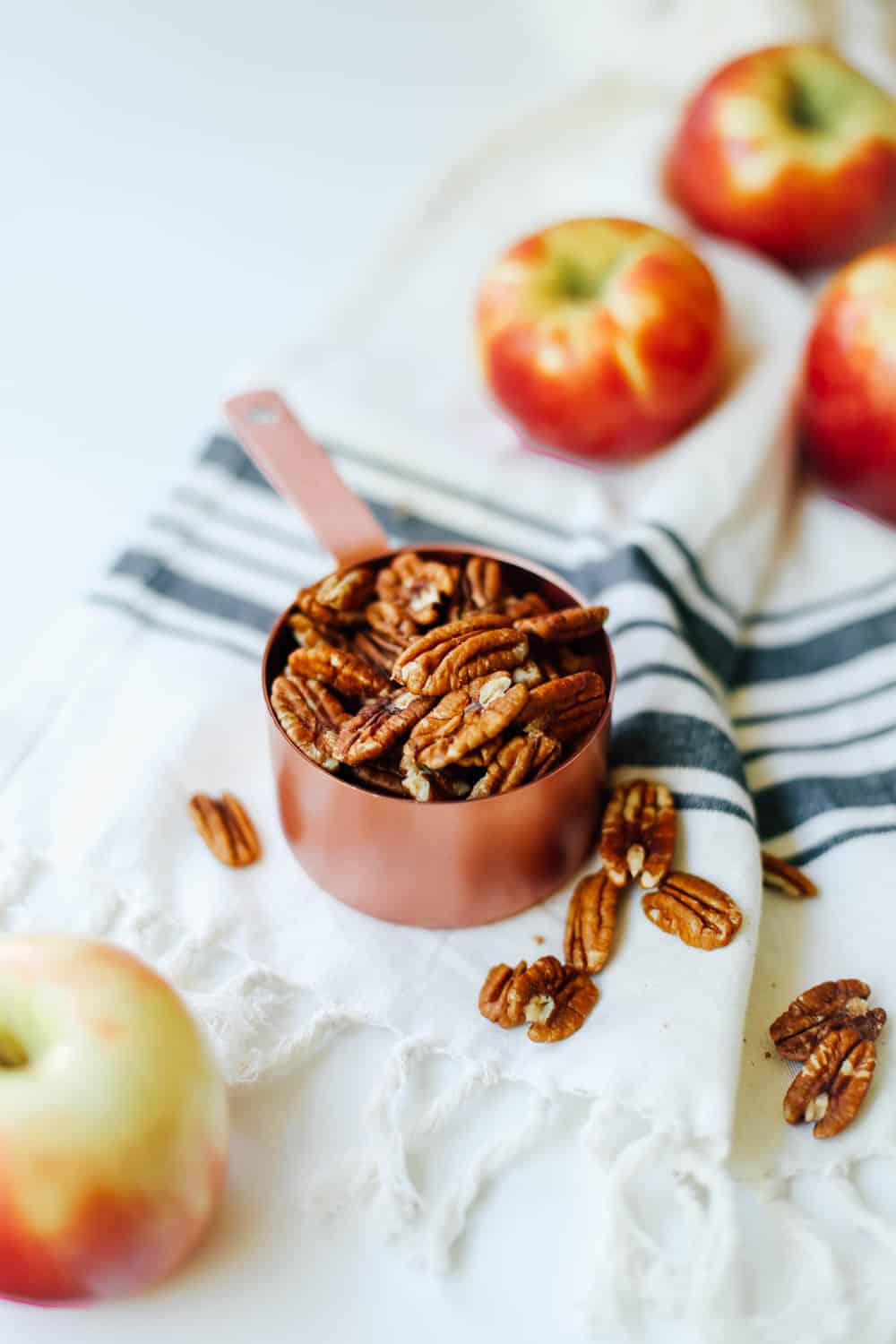 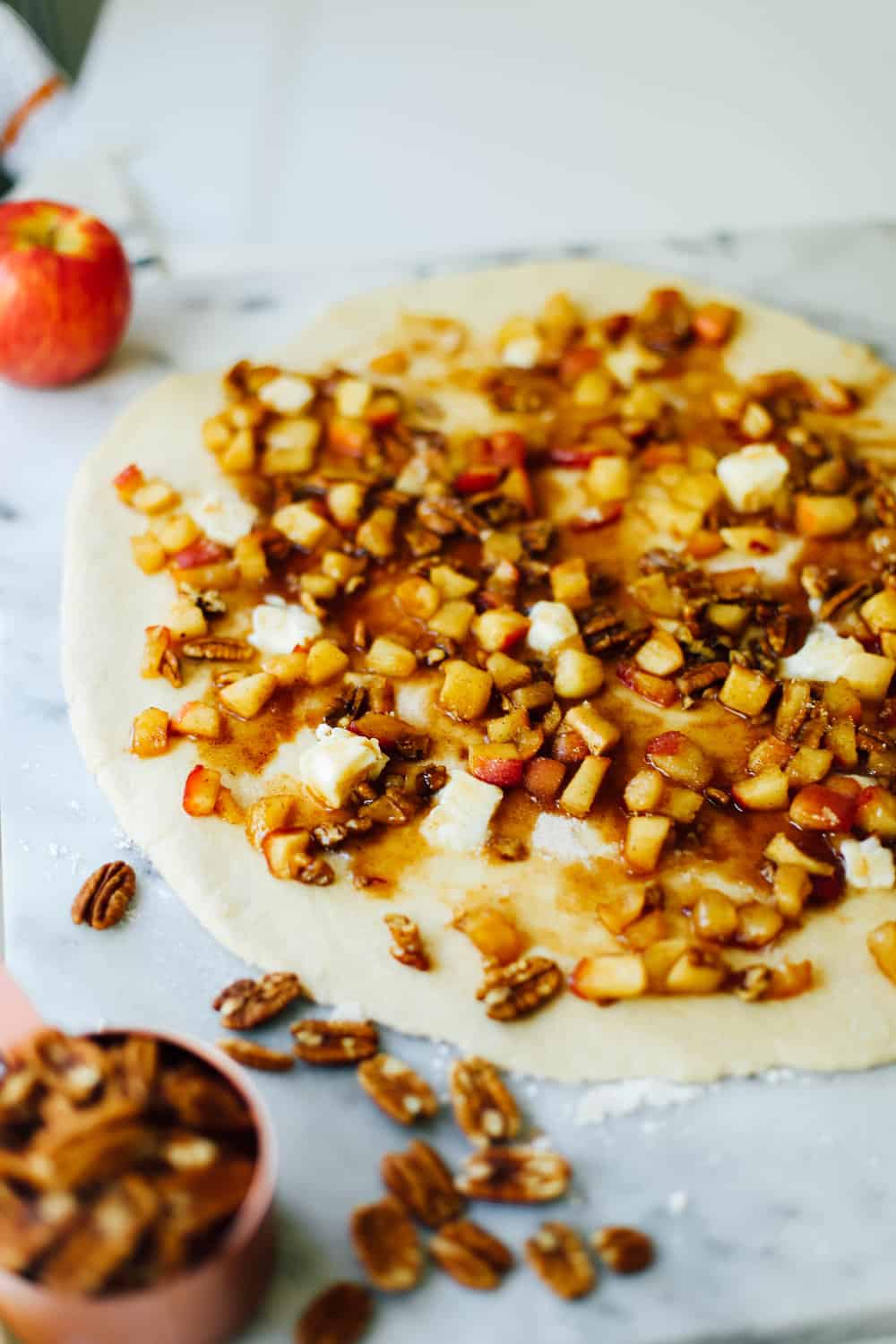 Believe it or not, I actually shot the recipe scene in my laundry room!

It is the room just off of the kitchen and it has a massive window making it totally ideal to shoot my recipes. I propped this little scene up on my new whirlpool washer and dryer (which I’m casually in love with).

In some ways I feel like I swapped out my dishwasher for a washer and dryer, which I am actually easily adjusting. You guys know I was in love with my little apartment but our .25 mile walk to do our laundry was less than ideal. Can any of my apartment living readers relate with this?! Well hang in there friend, you too will have a washer and dryer one day as well! 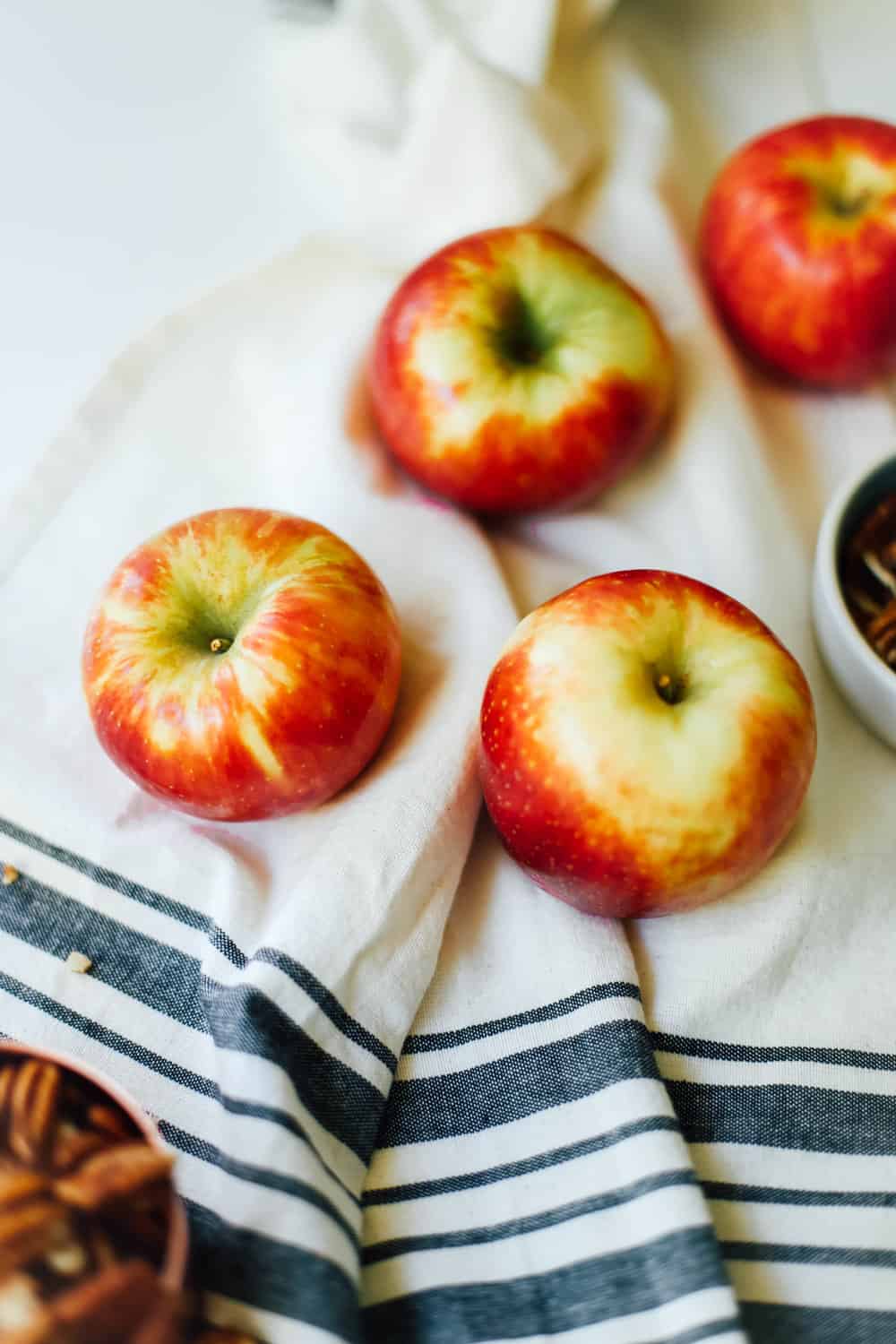 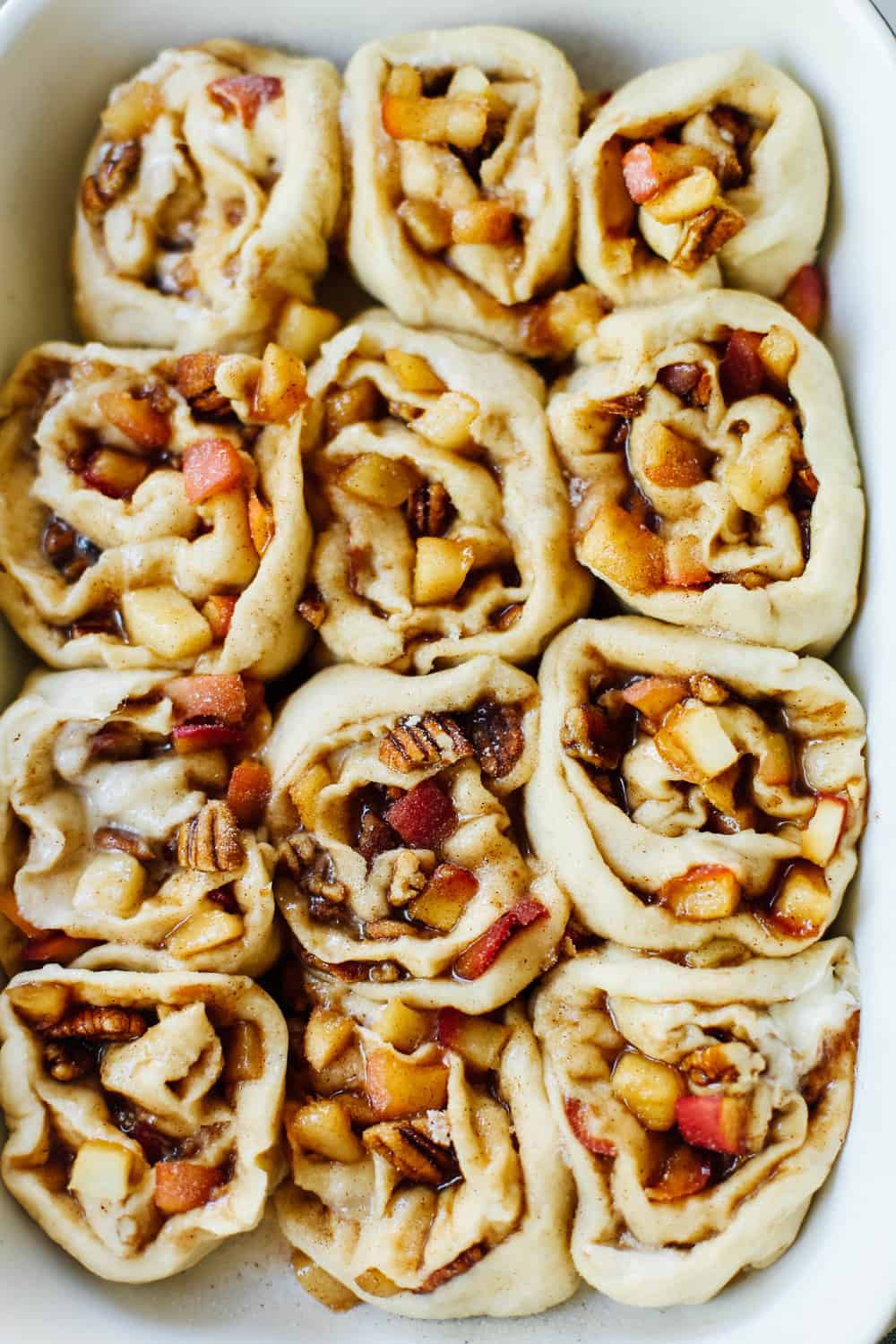 Other than nesting and finding my favorite little nook and crannies of my house, I have also been working up lots of fall content! Stay tuned next week for a spiced white owl and a new pumpkin pasta recipe coming.

This week we are kicking off the week with apple pecan cinnamon rolls! When it comes to cinnamon rolls I really don’t mess around. I take a strong note from Paula Dean (don’t forget to buy extra butter this week) and never skimp on the filling or the icing.

I wanted these apple pecan cinnamon rolls to taste like pecan pie and apple pie had a baby. And they 100% do. I used a really great combo of honey crisp apples and pecans with plenty of spices swirled in for that ultimate gooey cinnamon roll filling. You could totally swap out pears if you wanted or any other kind of nut! Keep a close eye on them as they bake. If they get a little too brown or burn they can try out super fast and they won’t keep very well! 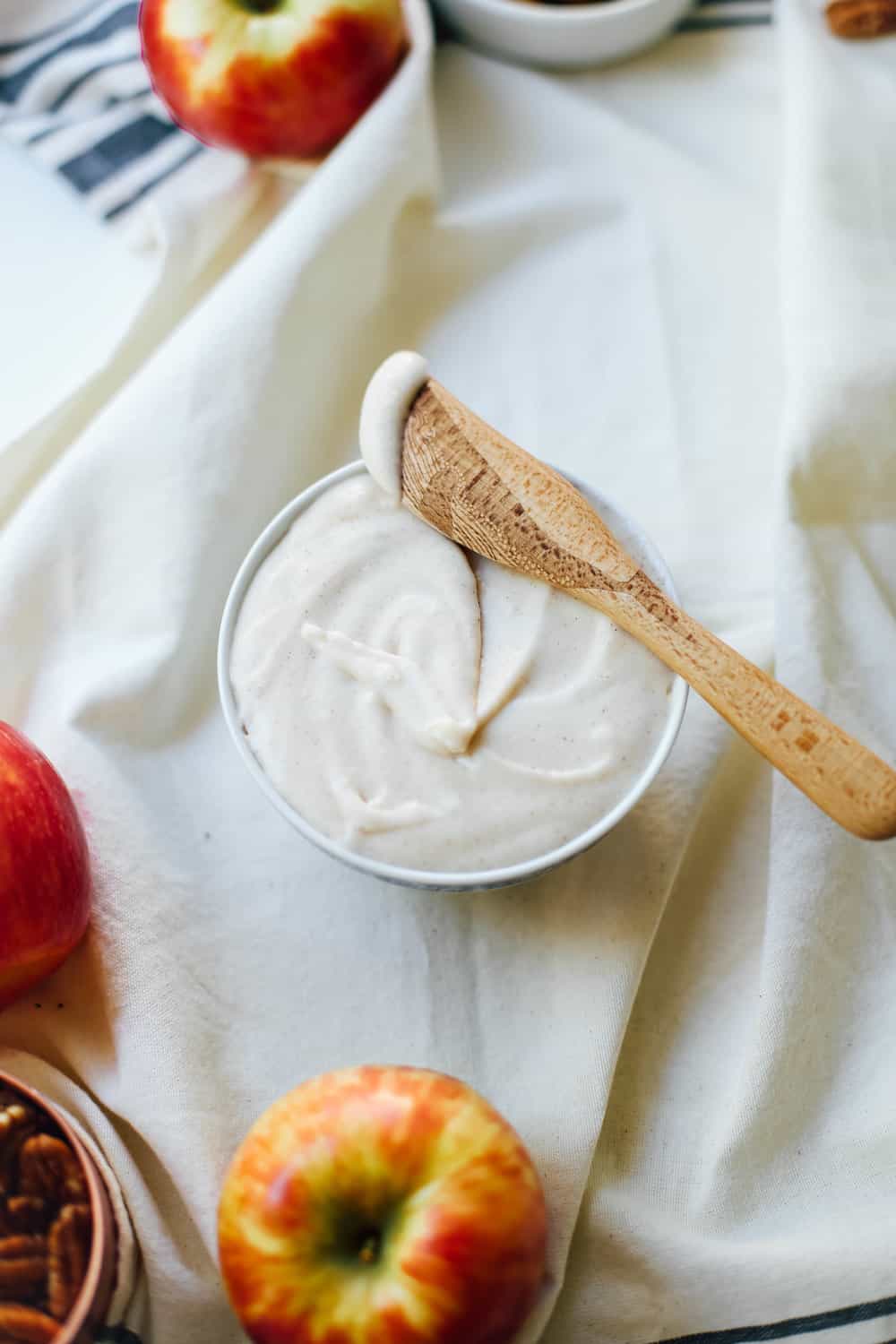 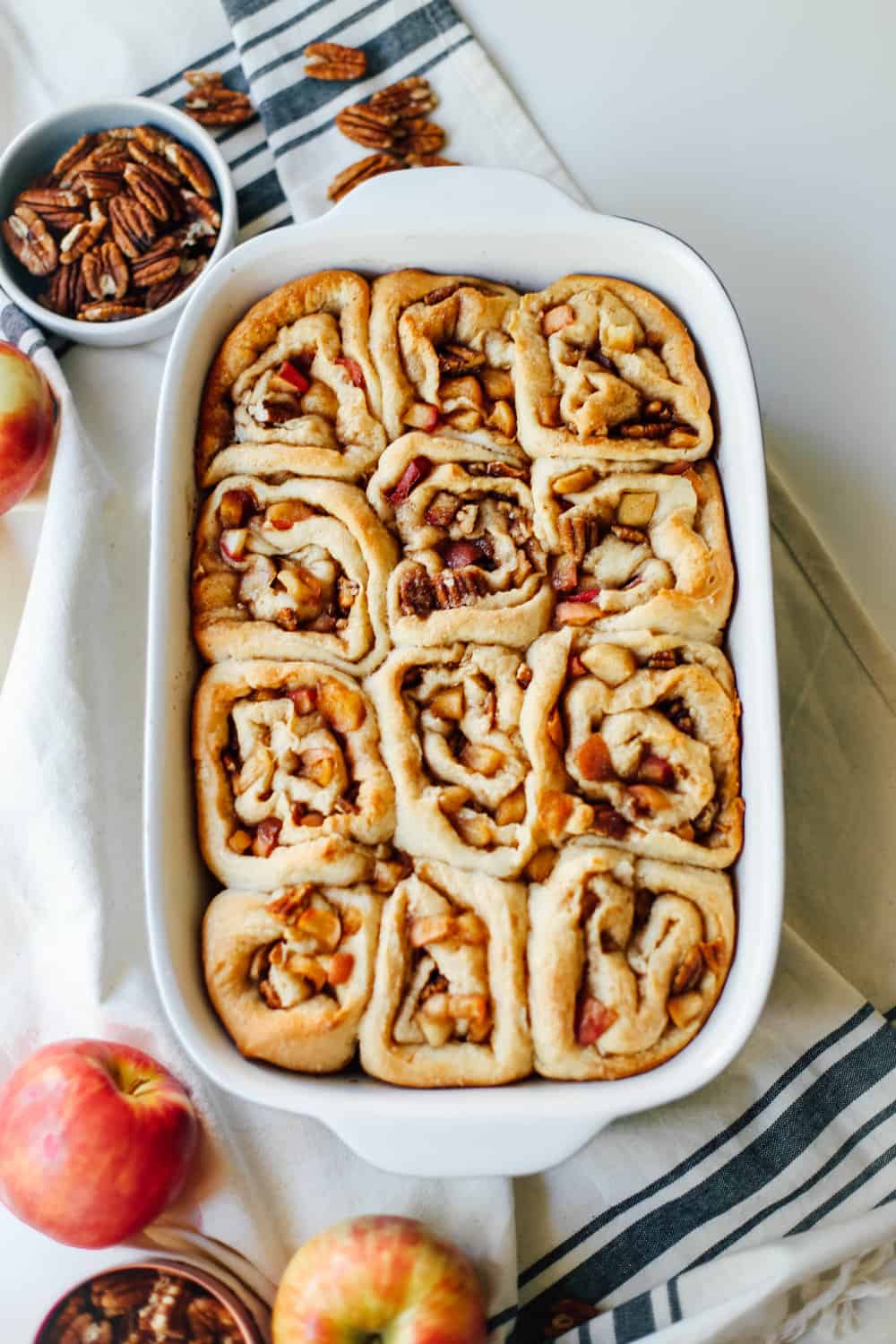 If you make these Apple Pecan Cinnamon Rolls, be sure to tag me on Pinterest and Instagram! I seriously love seeing what you guys are making and sharing your creations with the College Housewife community!

Easy homemade apple pecan cinnamon rolls with cream cheese icing. This cinnamon roll recipe is a MUST for fall!

2/3 Cup of butter, cubed (told you there was a lot of butter!)
1/2 Cup of white sugar + 1 Teaspoon of cinnamon, combined 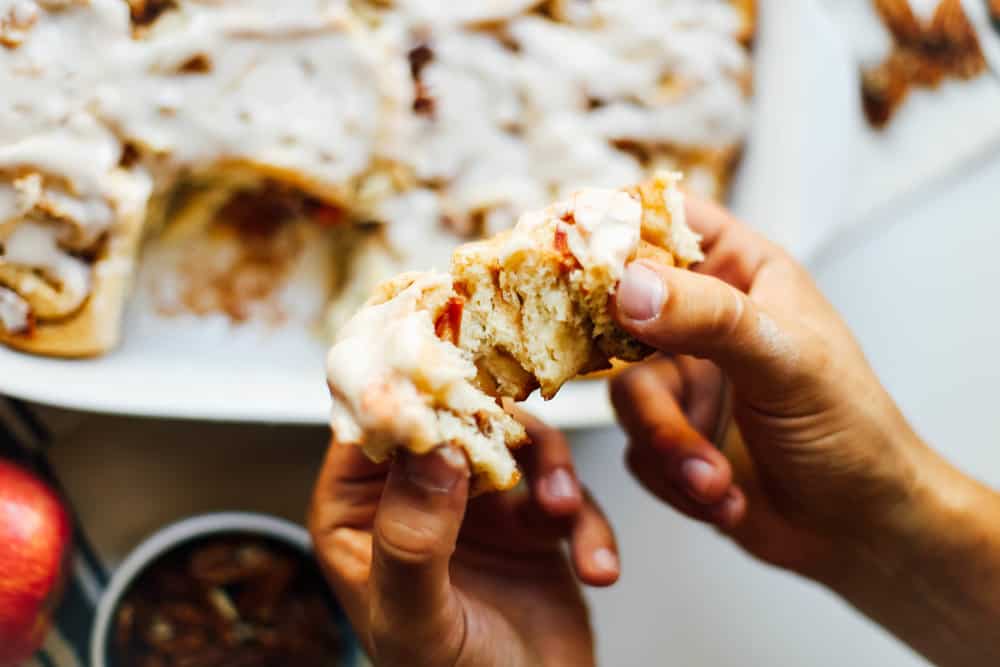