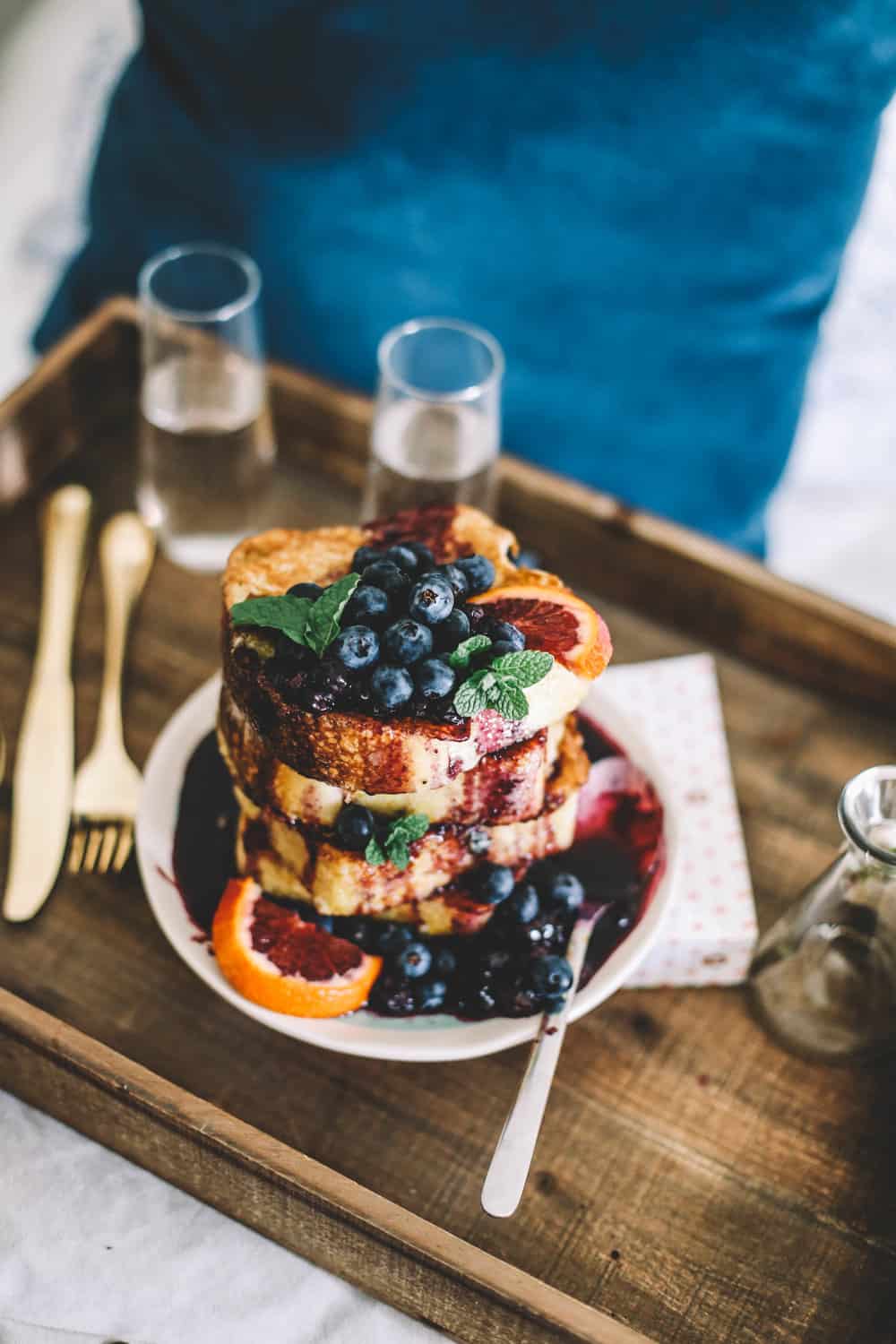 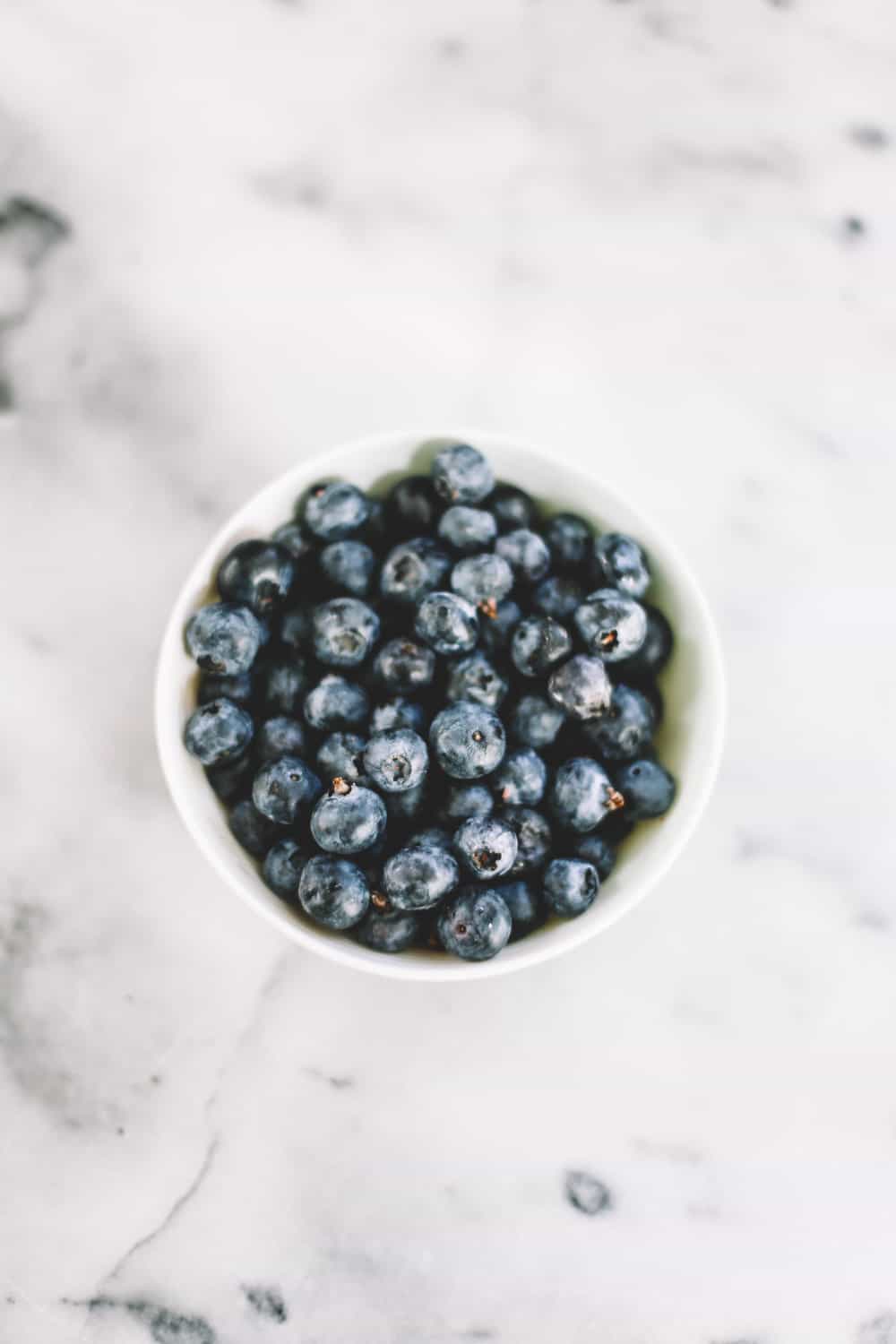 Gah, aren’t weekends just your favorite? They sure are mine.

I get to play with my dog, clean my apartment and work on food blogging content. Thats a good weekend to me, (insert big sigh here).

We are so close to finishing the guest room. By close I mean closer than we have been the last six months, ha. That room was glorified as our “just throw it in the guest room” room. Do you guys have that kind of room in your house?! It was half used for food styling equipment and half used as Jared’s golf room. Once you finally have to use it as a “guest room” it really kicks your butt into gear. Our friends Ryan and Katie are coming to town in March!

We are trying to tie up loose ends of the apartment that have been meaning to be tied for six months. This weekends endeavor was a trip to ikea. Not just any ikea! We went to the newest and largest ikea in in America. The store just opened up in Burbank and I have to say it is quite large in all of its Scandinavian glory. Unfortunately it was so busy and overwhelming that we pretty much just got in, got the day bed we came for, and got the hell out. The restaurant itself had a 30 minute wait, yes a wait! At the freaking ikea! Insane. Being a dude that Jared is, he pretty much begged me to go as quick as I can. I would recommend to go! But wait for the storm to calm down. 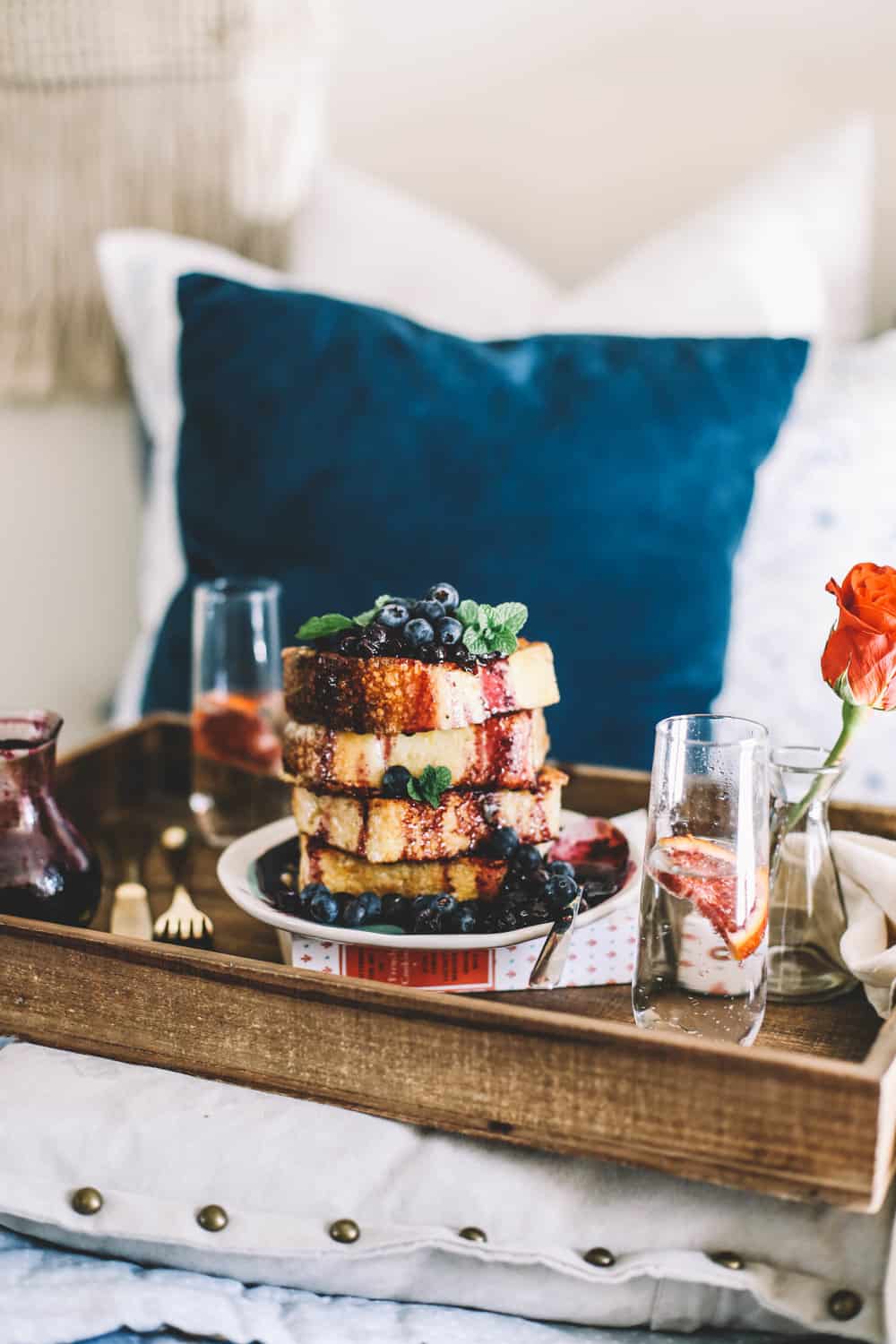 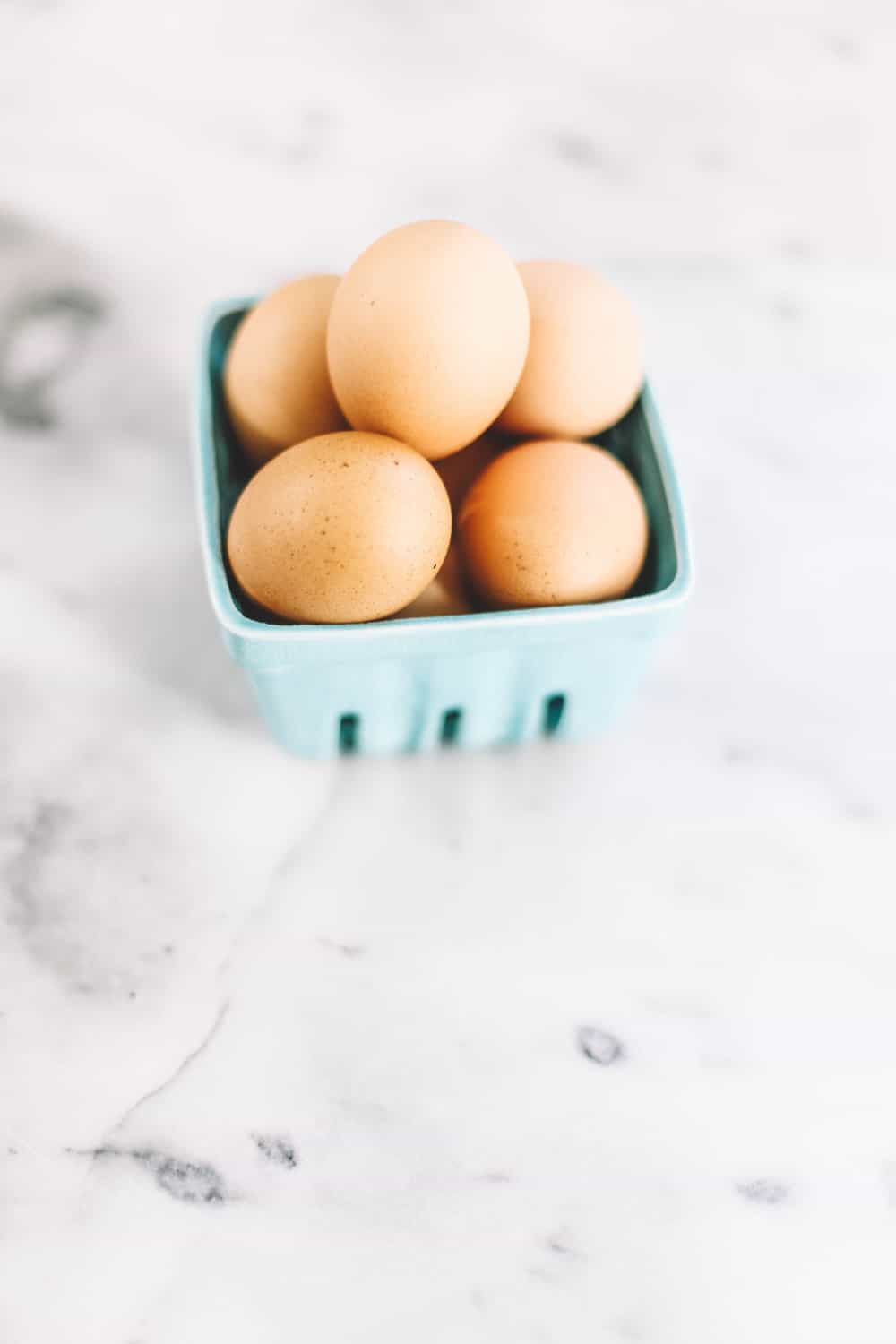 Besides being productive (wahoo!). We made a little time for some pre Valentines Day breakfast. Our schedules were conflicting so we are really celebrating next weekend! But there is always a good excuse to make french toast for the person you love right?!

Do you guys have everything planned out of what you’re making? If not, don’t even worry a little. You still have time to scan all the great ideas on pinterest. One of my favorite Valentines activities is a long morning filled with champagne and amazing brunch food. This time of year it’s the perfect excuse to stay cozy and warm while watching movies all morning. Uh, is tomorrow really the start of the week?! Just talking about it makes me want to stay in my cozy weekend bubble.

If heart shaped cookies aren’t really your thing, or you don’t have the patience… make something that everyone loves, breakfast! Breakfast is like the french of the food languages. A good breakfast is slow, filled with fresh ingredients and should always include a little bubbly. See what I mean when it’s french?! Makes sense that French toast is called French toast, or at least in my head it does!

For this french toast I used a whole french loaf, unsliced. I bought it that way so I could cut my slices extra thick to with hold the blueberry sauce. To liven up the blueberry sauce I sweetened it with honey, french blood orange and lemon zest and blueberries ready to burst. If you’re in a pinch for time or you want an extra extra easy morning… you can make the sauce the night before.

Whatever your plans may be… a galentines party, a romantic day with your valentine, or no valentine at all, because that’s okay too! French toast is universal people, enjoy it! 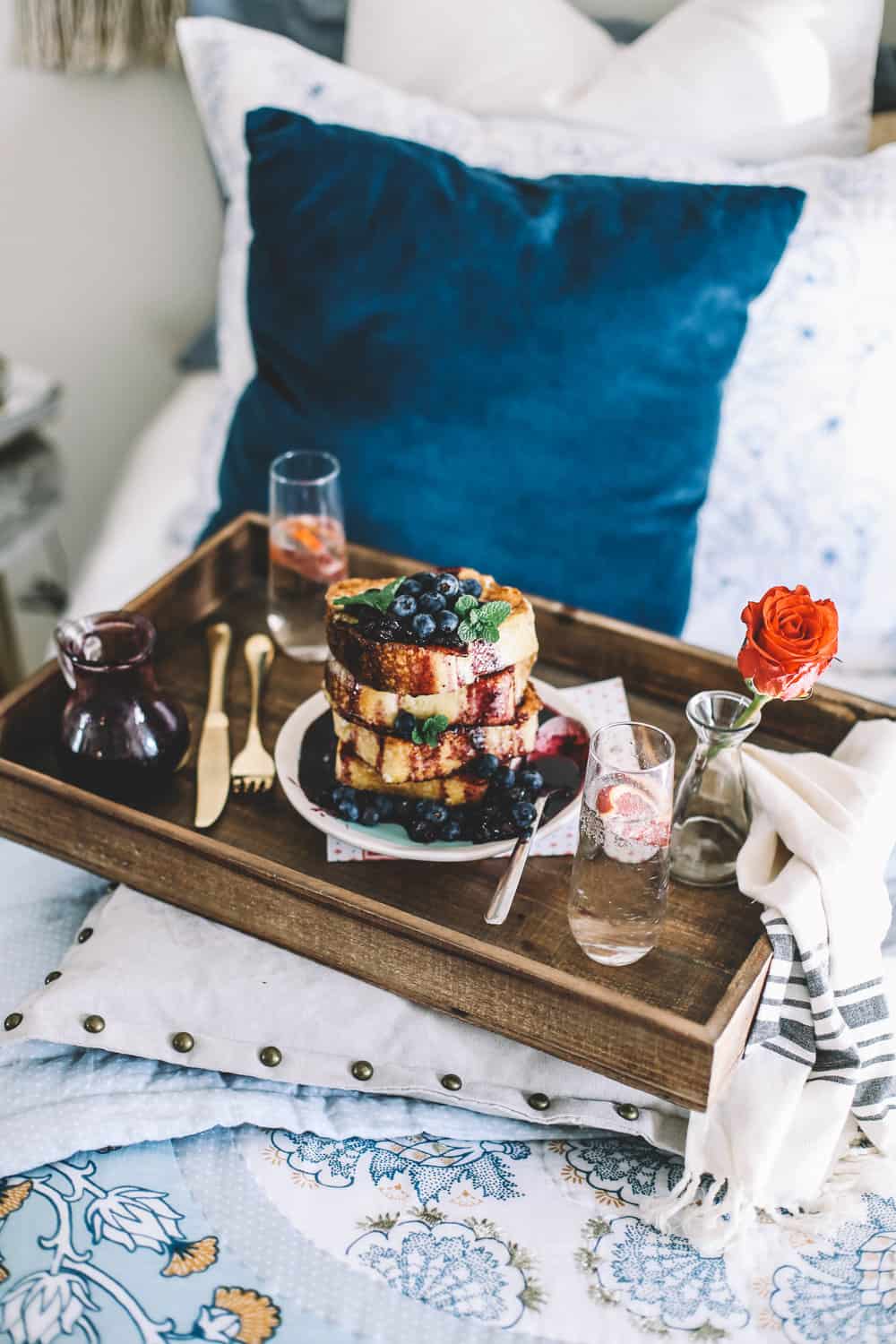 6 Slices of french bread, sliced thick
8 Whole eggs
1/2 Cup of softened butter for pan
1/4 Cup of half and half
1 Tablespoon of cinnamon
1/2 Teaspoon of nutmeg

In a small sauce pan add in blueberries, sugar, honey, zest, and cinnamon. Cook on medium to low heat until blueberries have bursted and sauce has thickened, about thirty minutes.

In a large bowl whisk together eggs, half and half, cinnamon, and nutmeg. Heat a tablespoon of butter in a cast iron pan until melted. Dip bread slices into egg mixture and fry on both sides for 1-2 minutes or until golden brown. 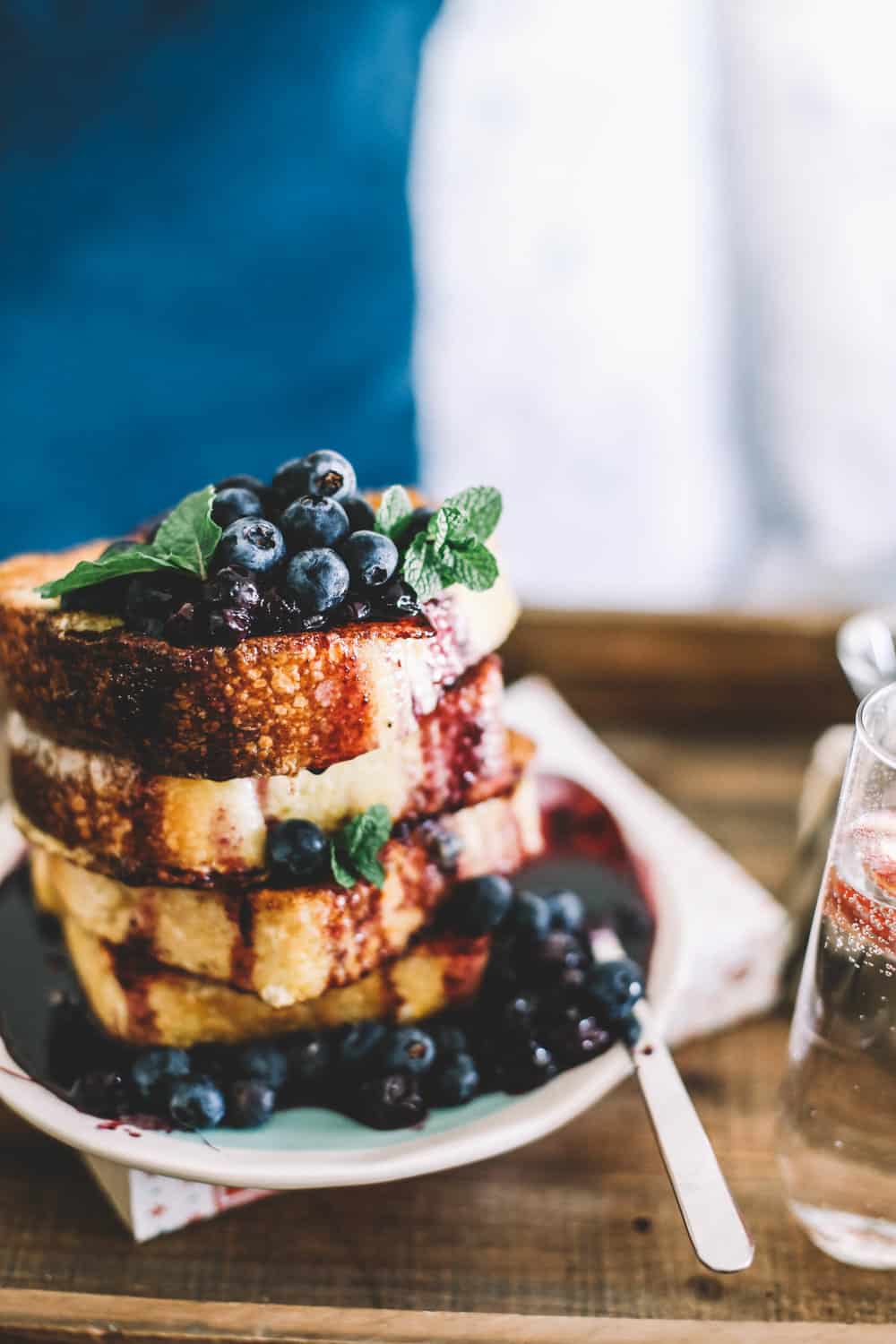