The College Housewife » lifestyle » My 5 Best Tips for Puppy Training! 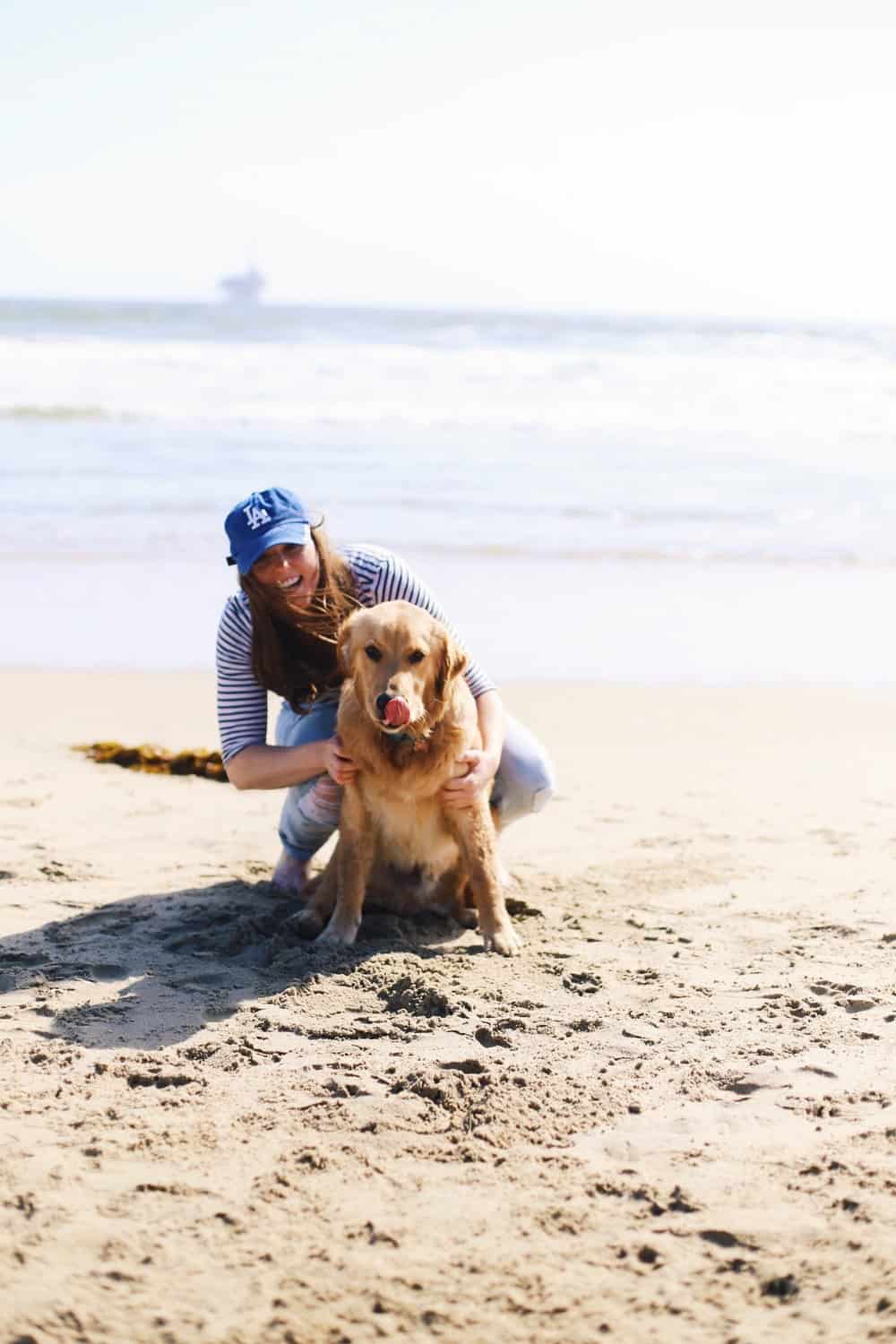 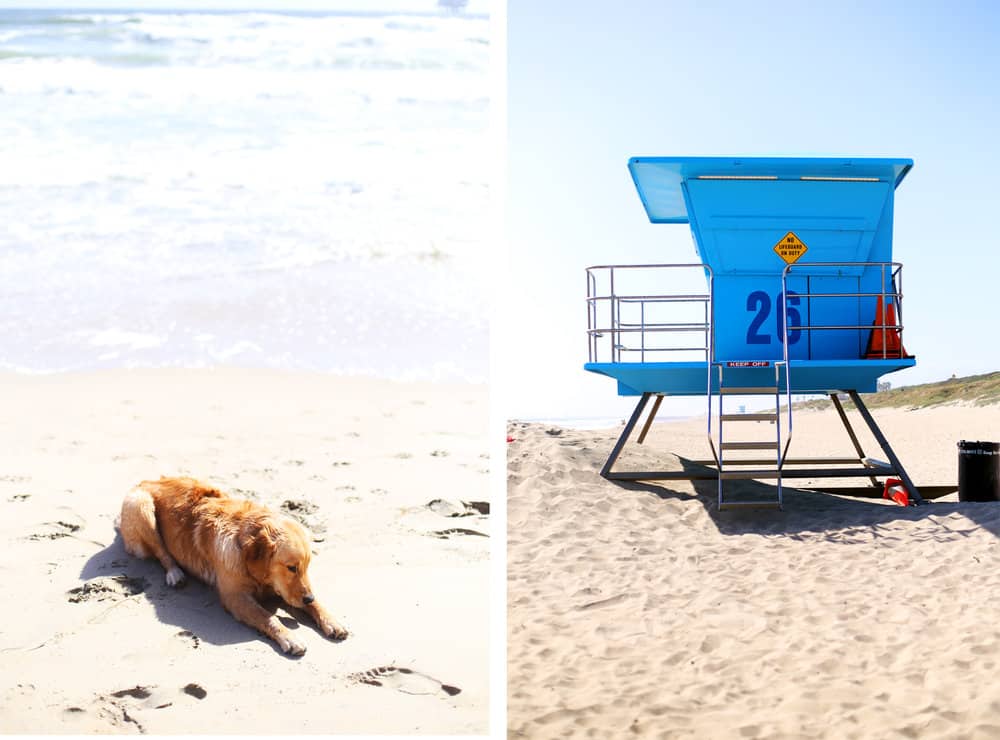 RASCAL LIVING HIS BEST PUP LIFE AT THE DOG BEACH

December 8th our little world changed forever. We suddenly went from two beating hearts to three in our household. Which I know sounds extreeeemly dramatic. But damn, we had literally finally got our lives together after college. The thought of getting a puppy was like REALLY overwhelming to me. I’ll be honest I wasn’t at all ready for Rascal but Jared longed to have a dog his whole life. His mom was allergic and never had that ‘man’s best friend’ situation growing up. (I promise I’ll get to the part where I could never live without him… because I can’t!).

Through out our last year of college, Jared and I were so stressed out from finals and post grad life that we would take turns sending each other puppy pictures. It was calming and gave us something to look forward to once we were settled!

So I promised Jared that we would get a dog. A golden retriever to be exact. After about three short months of living together, we did just that. Enter ‘Rascal’ aka ‘monkey man’ … aka ‘poopy baby’ … aka (insert too many nick names here). 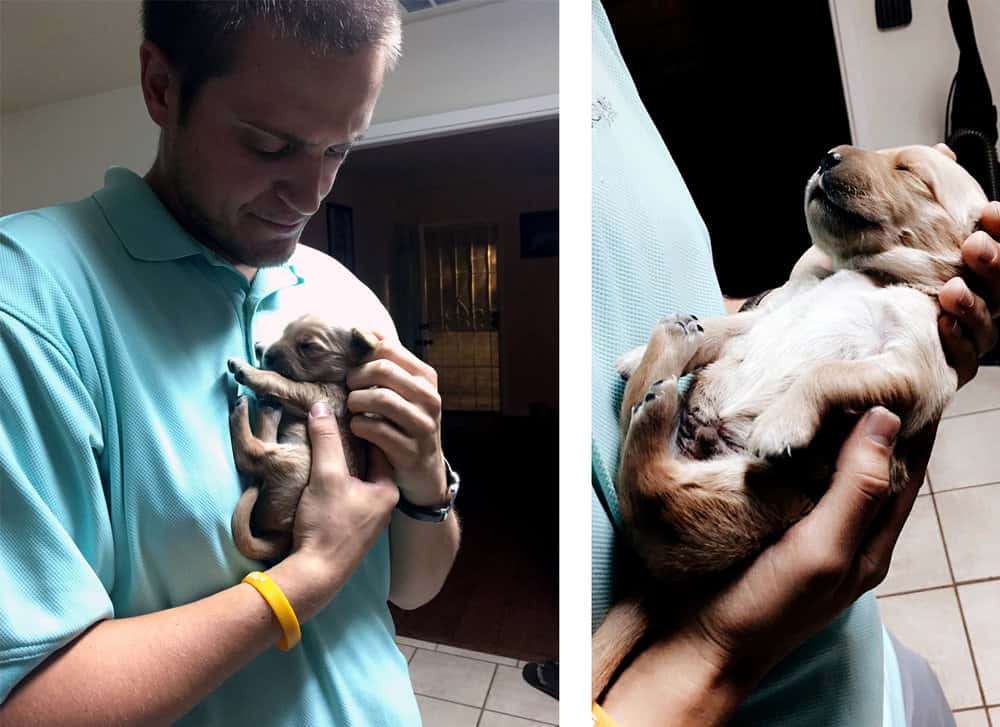 We found Rascal from a small breeder in Riverside, CA. Rascal’s parents lived together and their owners decided to have a litter. It was nice to meet them both and get a feel for where he was coming from. I was really skeptical to use one of those large farm breeders and while I know adopting is the better way to go, I wanted Jared to have the true puppy experience.

So we went and visited Rascal when he was just two weeks old. We had a choice between two males left of the litter (Rascal was always meant to be a boy). The little monkey started licking my face before he could even open his eyes so we knew he was the one. In 6 short weeks we would come back and pick him up for good! Below you will find five tips that got us through puppyhood and helped Rascal learn how to be a great pup! 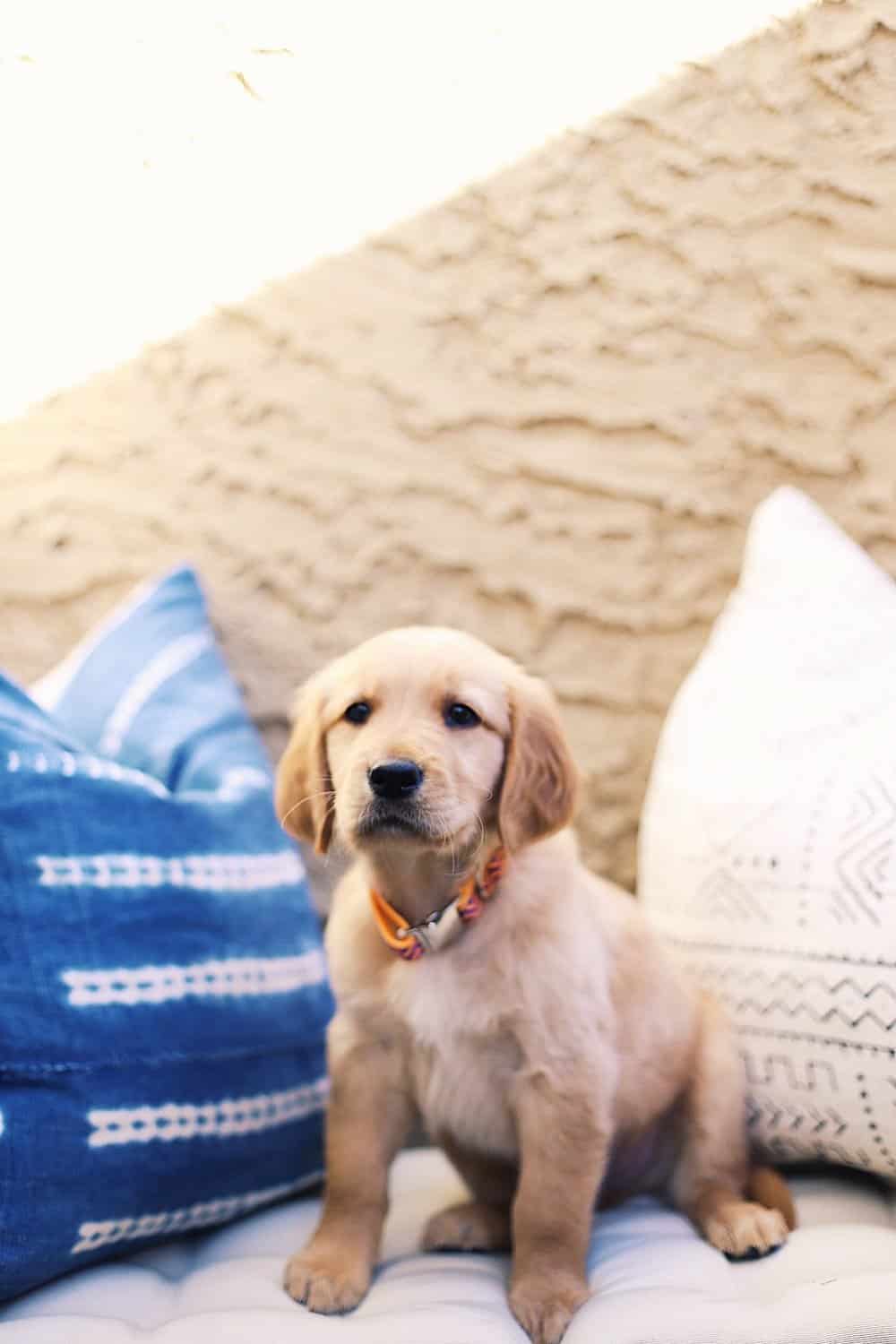 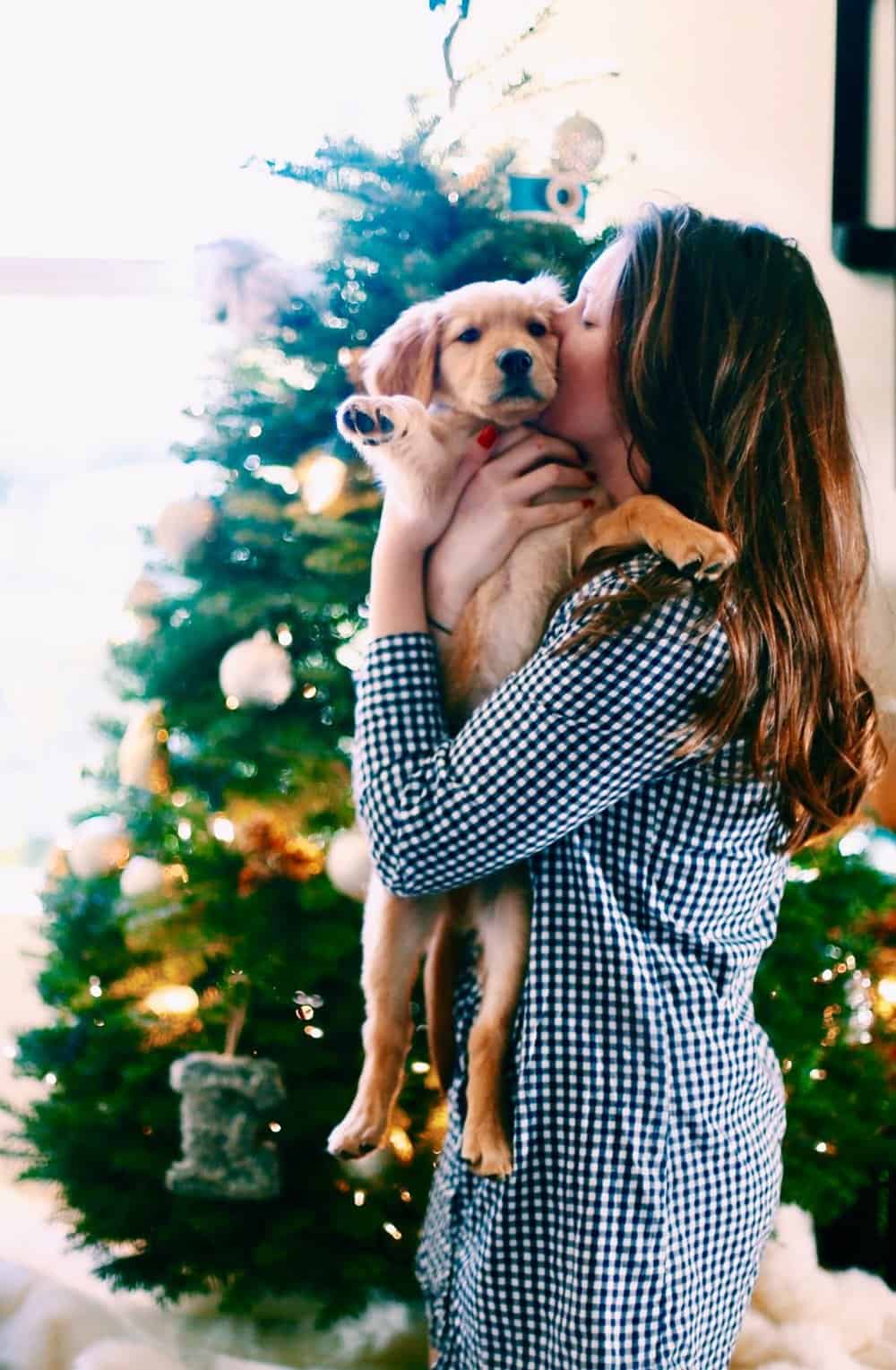 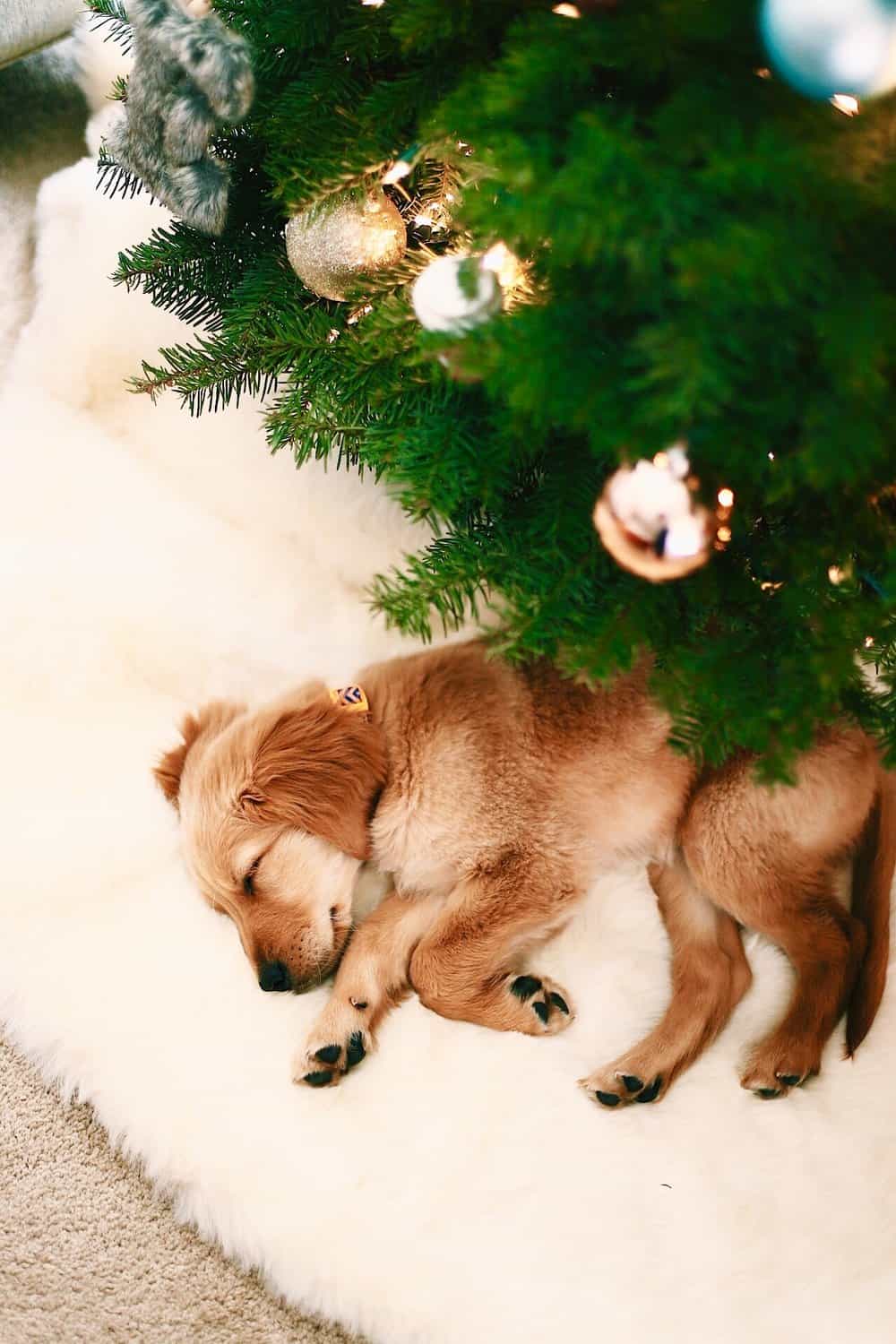 WE GOT RASCAL JUST TWO WEEKS BEFORE CHRISTMAS.

1. Prepare for battle!
Ha! Not really but get your home prepped and ready for your pup! For us, this meant removing any rugs, plants, floor items and toxic things that Rascal could potentially get into. Basically if you don’t want poop on it, pick it up. This will prevent a ton of aggravation. Make sure you also have a designated area in your home while you’re away. Even after 7 months we still don’t give Rascal free range of the house. He is a puppy and still wants to put everything in his mouth. Block a small-ish area (preferably tiled) stocked with fresh water, tons of chew toys and comfy blankets. This is a safe zone for you and the pup. 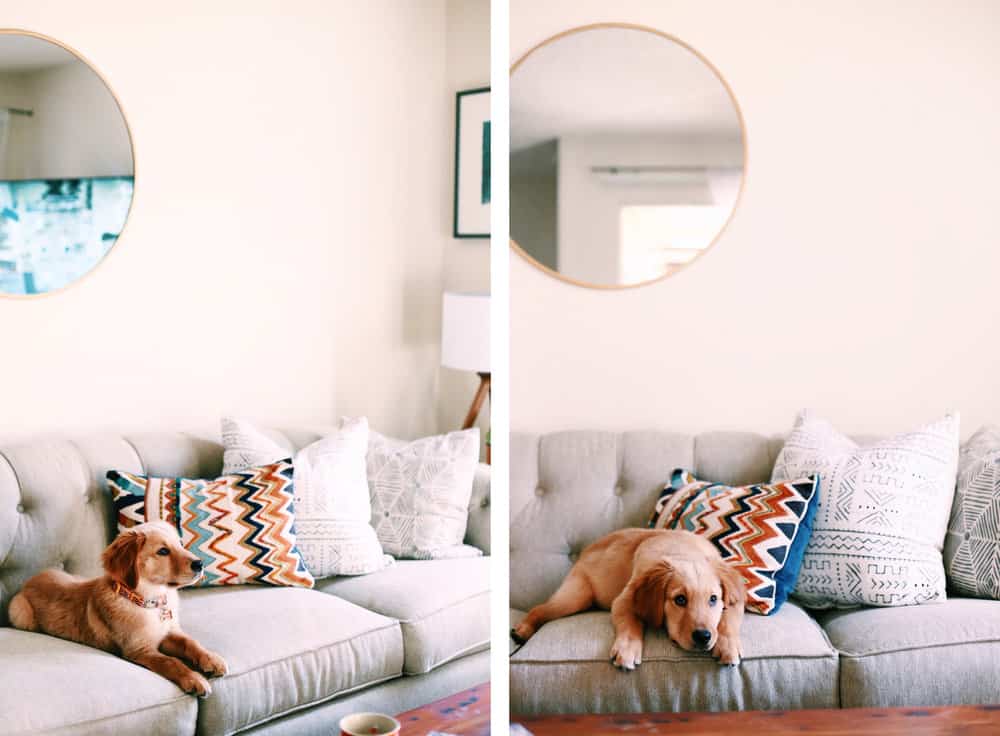 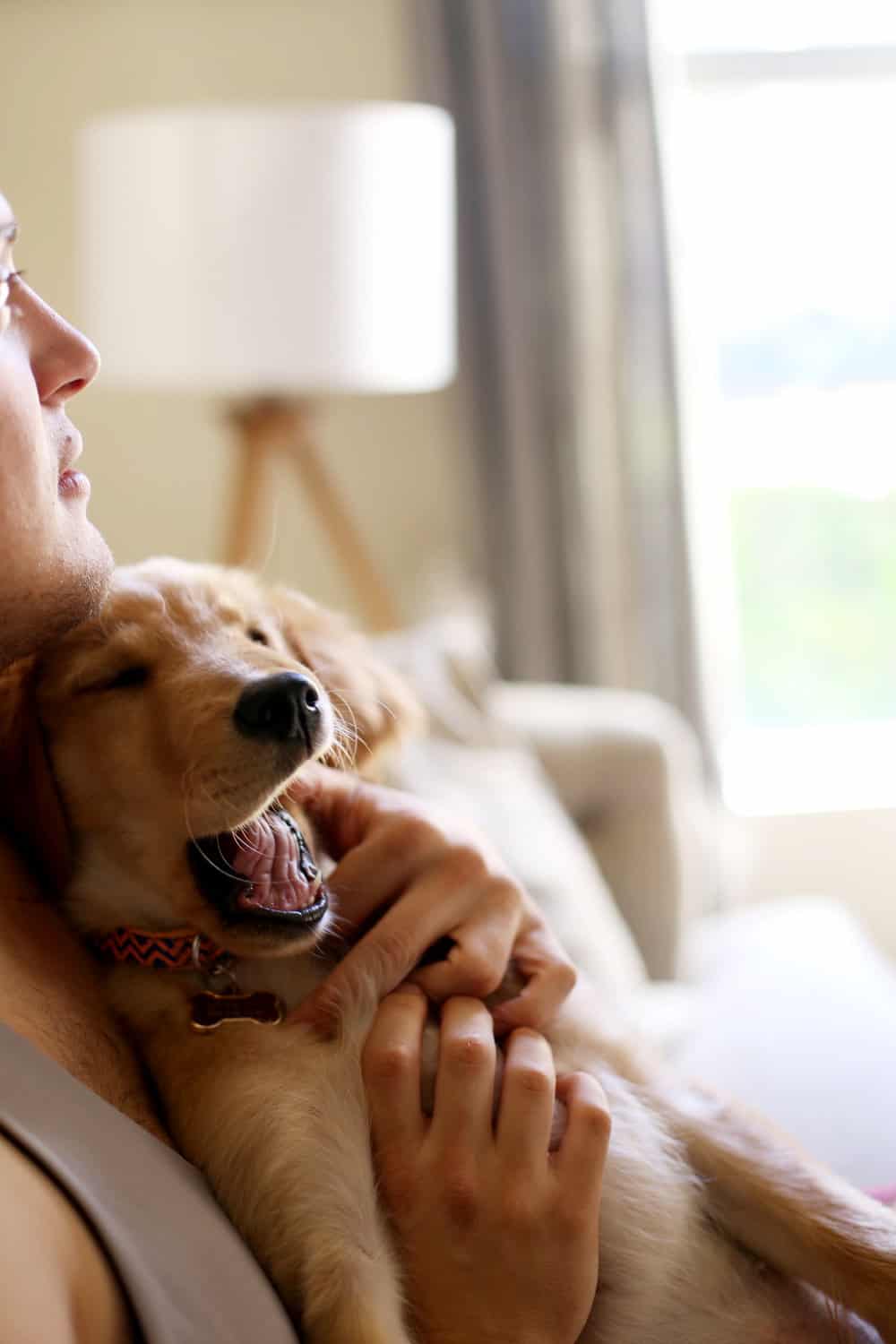 2. Eat. Sleep. Play. Poop.
Set a schedule and stick to it. The first few weeks Rascal pretty much did these four things in various orders. Puppies are quite literally, learning how to learn! They don’t know anything! Which takes an enormous amount of patience and a whole lot of routine. A set feeding time will make your pup feel secure and taken care of. Going “potty” the first thing in the morning and the last thing at night will help make more sense of the concept. Perhaps you want playtime in the afternoon and evenings to be more mellow. Whatever you decide to do, just be consistent! 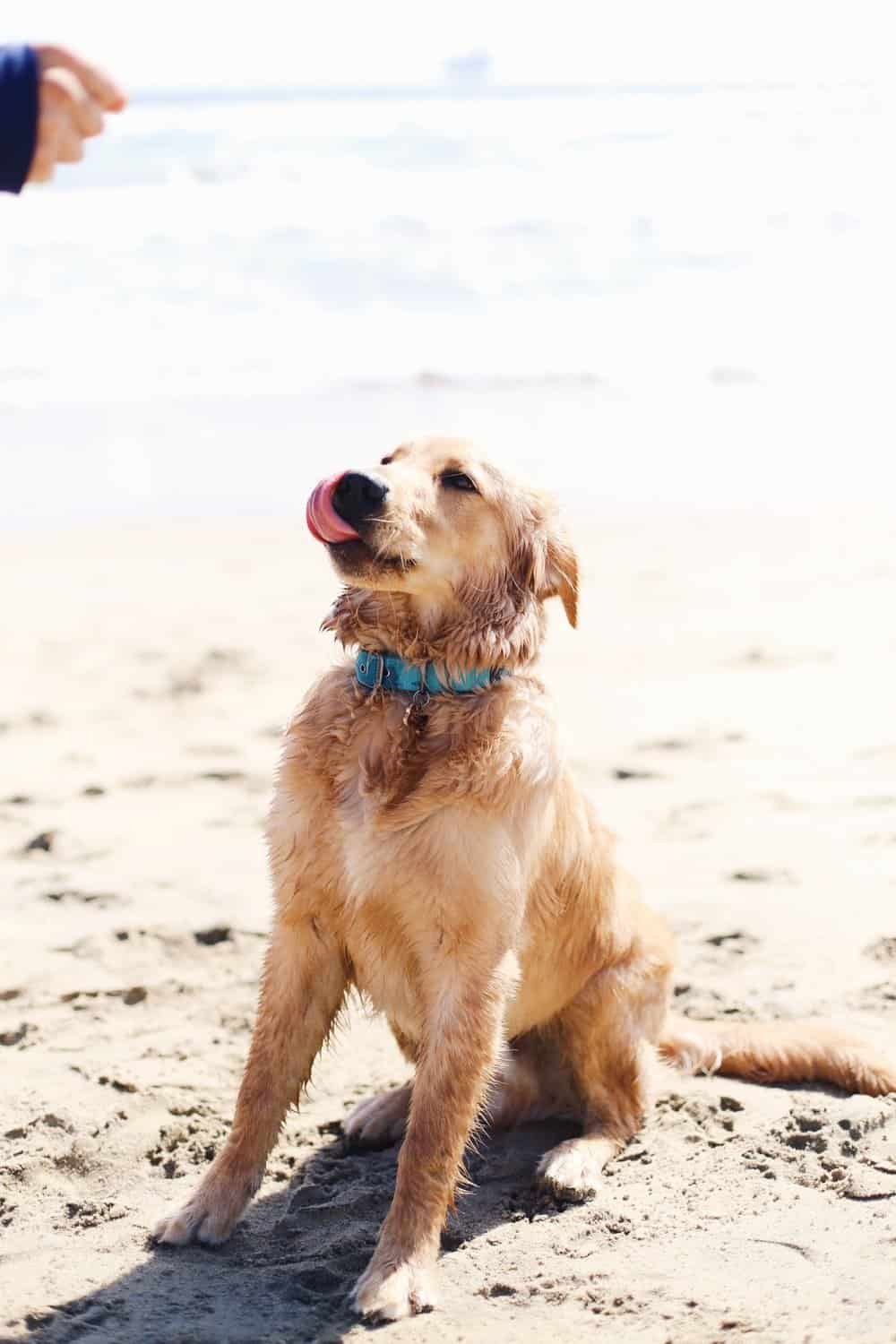 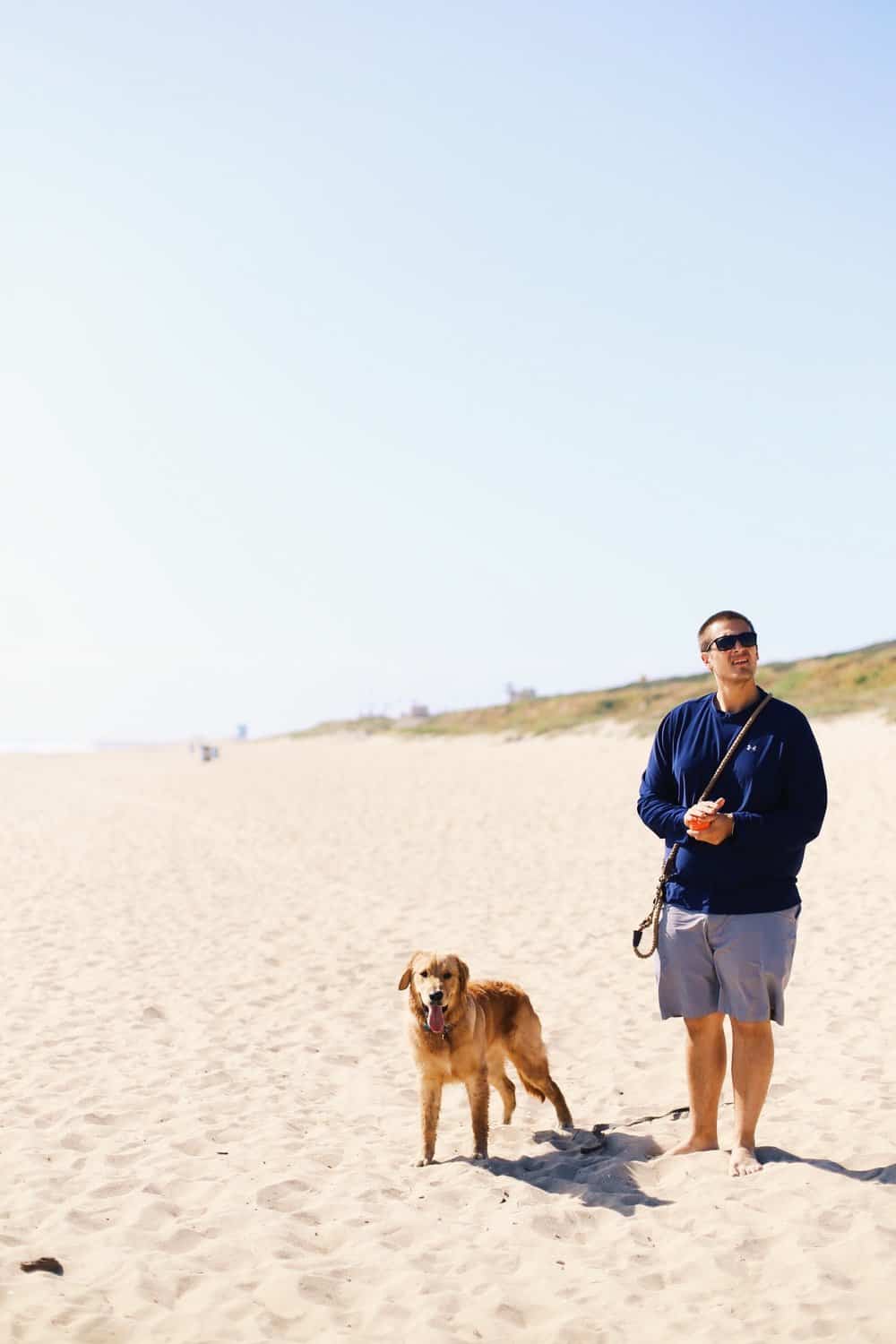 3. Potty Training 101
Above sit, stay, roll over… teach your dog to poop outside. The number one skill that should be immediately rewarded! No one likes finding poop in inconspicuous places. Puppies have very small bladders and have to be taken out a toooon! We turfed a few sections of our patio to make it easier to ‘let him out’ for those middle of the night trips. Basically if you’re home, take that pup out every twenty minutes, after playing, after eating, after sleeping… you get it. The best thing we also did for potty training was buy this housebreaking spray. I promise you this is not sponsored, this stuff actually worked! We would spray the grass and the middle of the potty pads and Rascal would sniff and go directly onto those spots. We were able to phase out the pads very quickly because of it. Gradually move your pads closer to the door and eventually outside. It’s a slow process but your pup will start to get it! 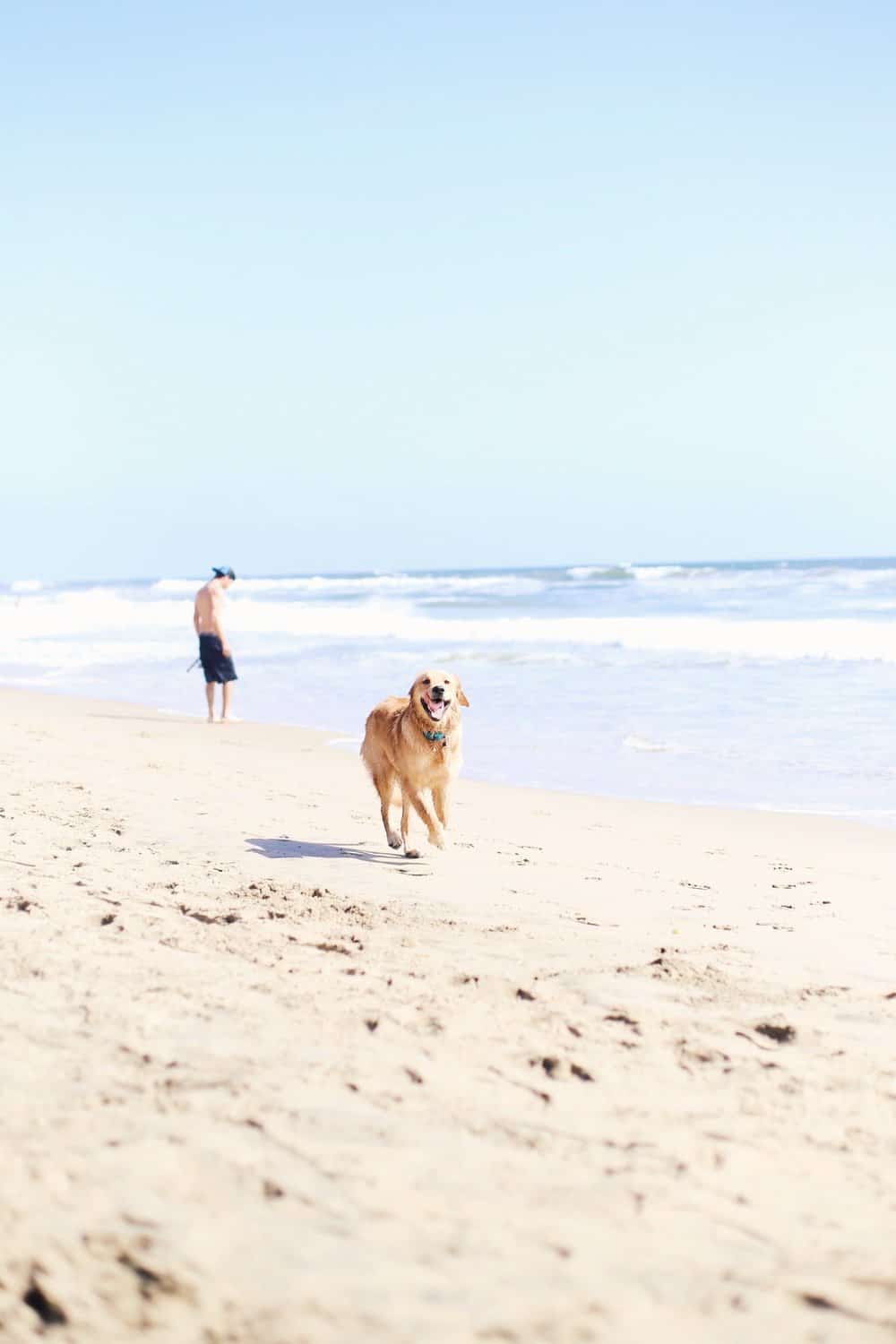 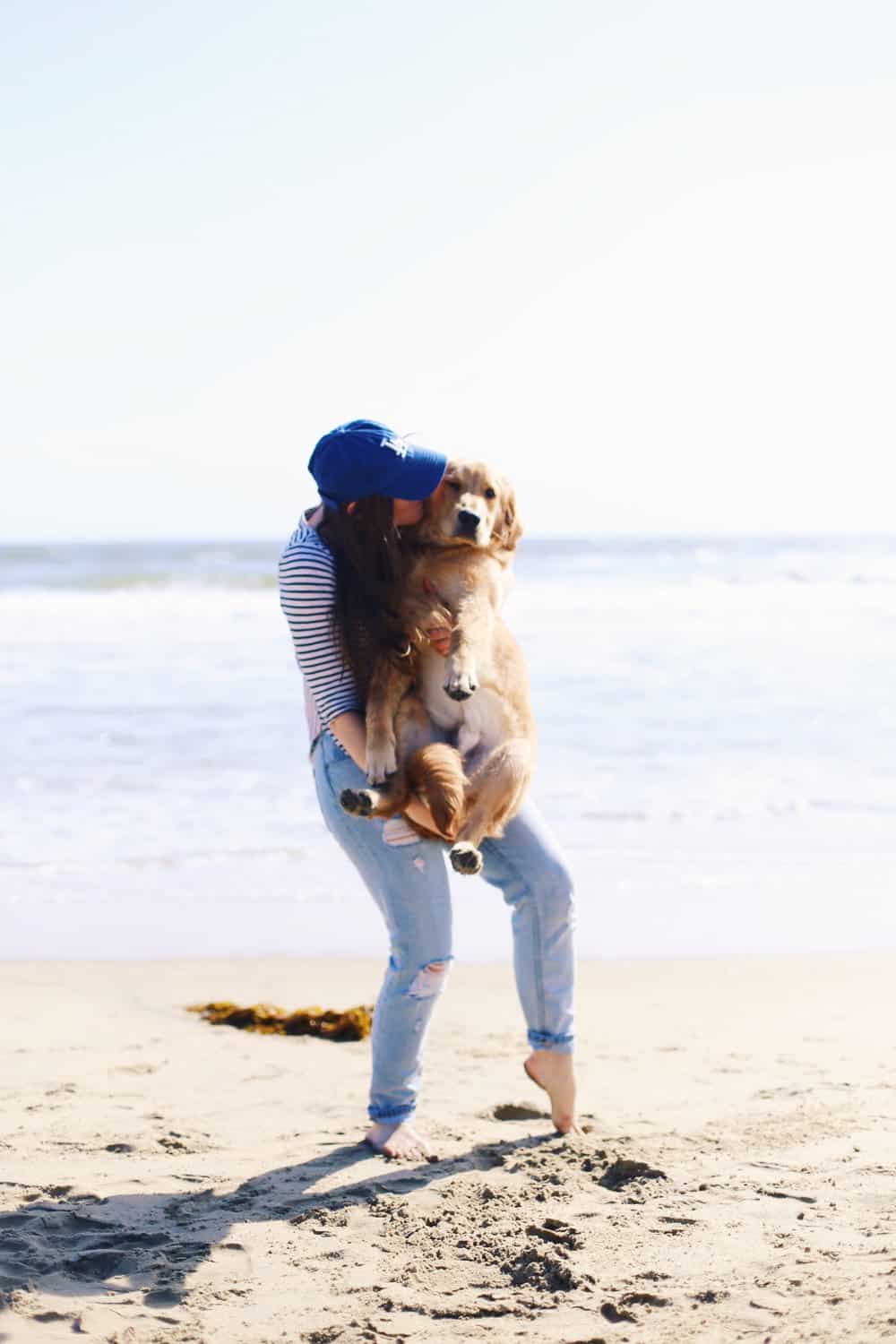 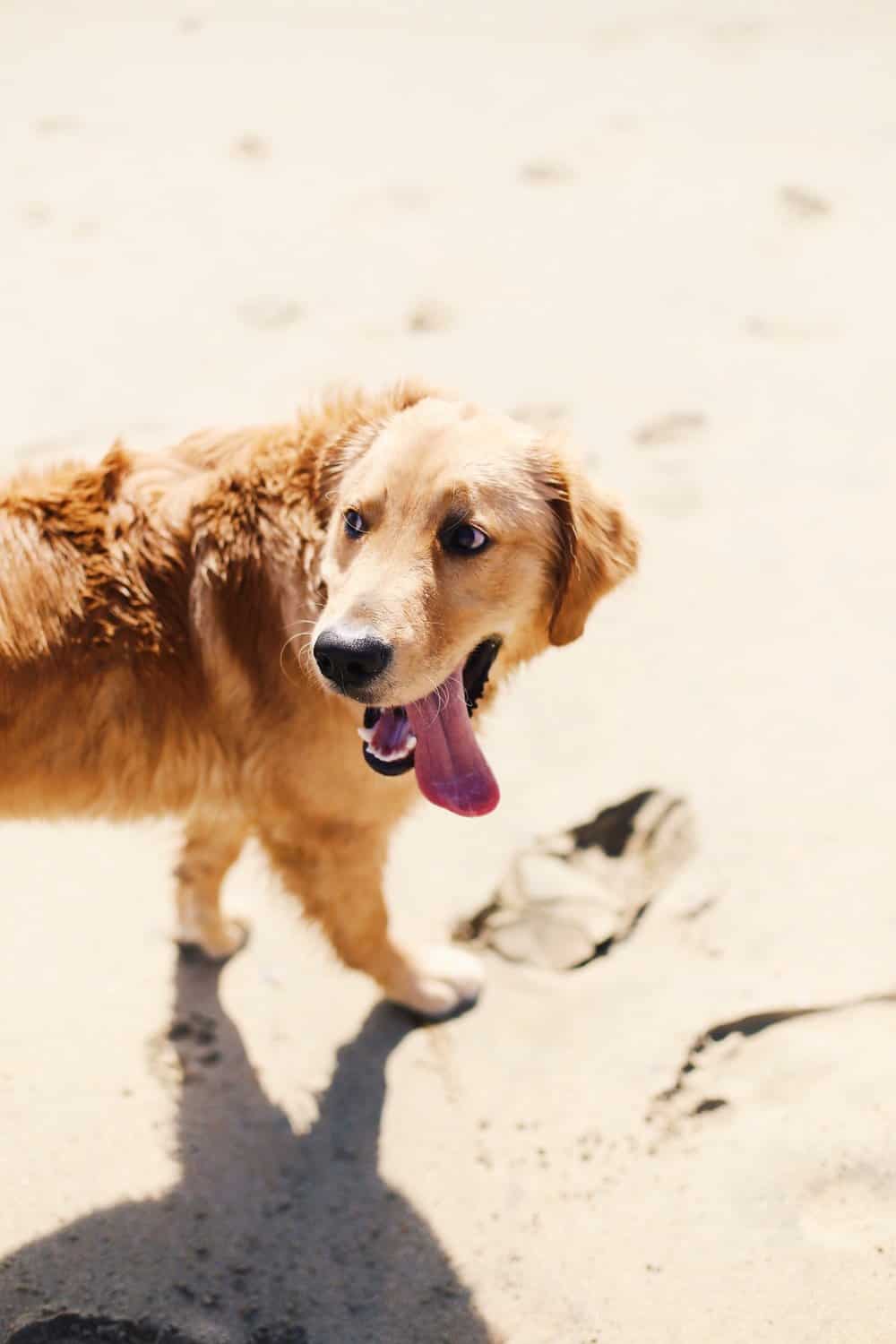 4. At Ease, Soldier!
Jared and I joked on the way home with Rascal that he was entering ‘puppy bootcamp’. From day 1 we wanted to instill good behavior tactics and we were determined to have a well behaved gentle giant. Rascal was and is going to be a huge dog and I never wanted him to jump on my grandma as she walked through the door or bark endlessly when we were gone. We decided to get a trainer that would come in once a week and work with Rascal on simple behavior tips. It was nice to have an expert there to answer all of our crazy questions. Whether you decide to get a trainer or not, develop some kind of puppy training. Maybe on Tuesdays and Thursdays are training days of simple commands like sit, stay, and come. Mondays and Wednesdays are more for socialization and playing. Whatever you decide to do, make sure everyone in your household is on board and consistently using the same tactics, also get like an ENDLESS amount of treats! Reward right when the good behavior occurs! 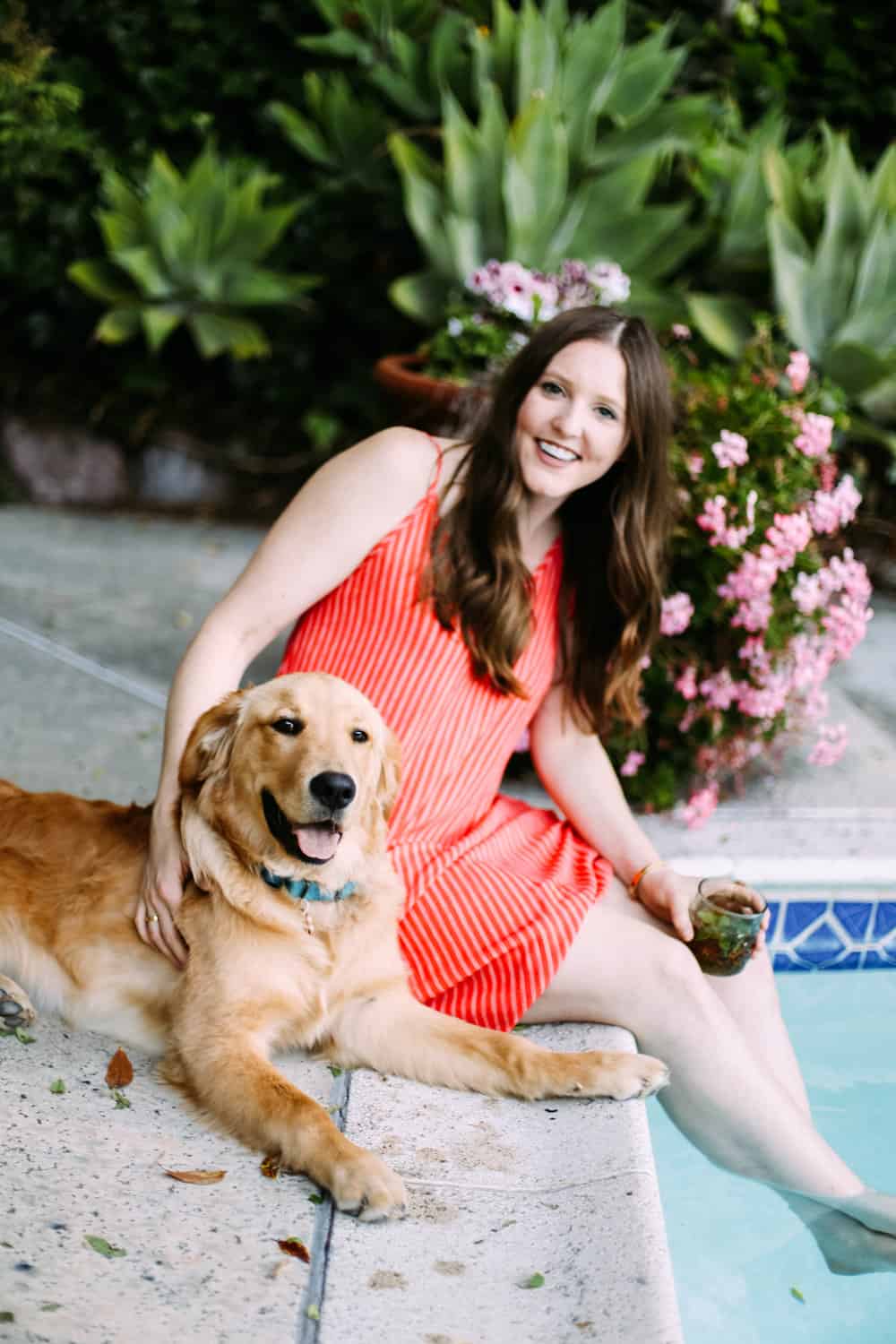 5. Buy your pup a treadmill
So joking! What I mean is get your dog active. The first few months are tough because you can’t really take them out of the house without all of their shots. Indoor play can quickly become cumbersome and a hassle. We played a “name game” where Jared and I would stand in opposite parts of the apartment and practice calling out Rascals name. It sounds simple but he got out a ton of energy and learned his name super fast! We now take Rascal on daily walks and on Sunday’s we go to the Huntington Dog Beach, which I can’t recommend enough! When Rascal has been really active those are the days that he is calmest and less likely to misbehave! 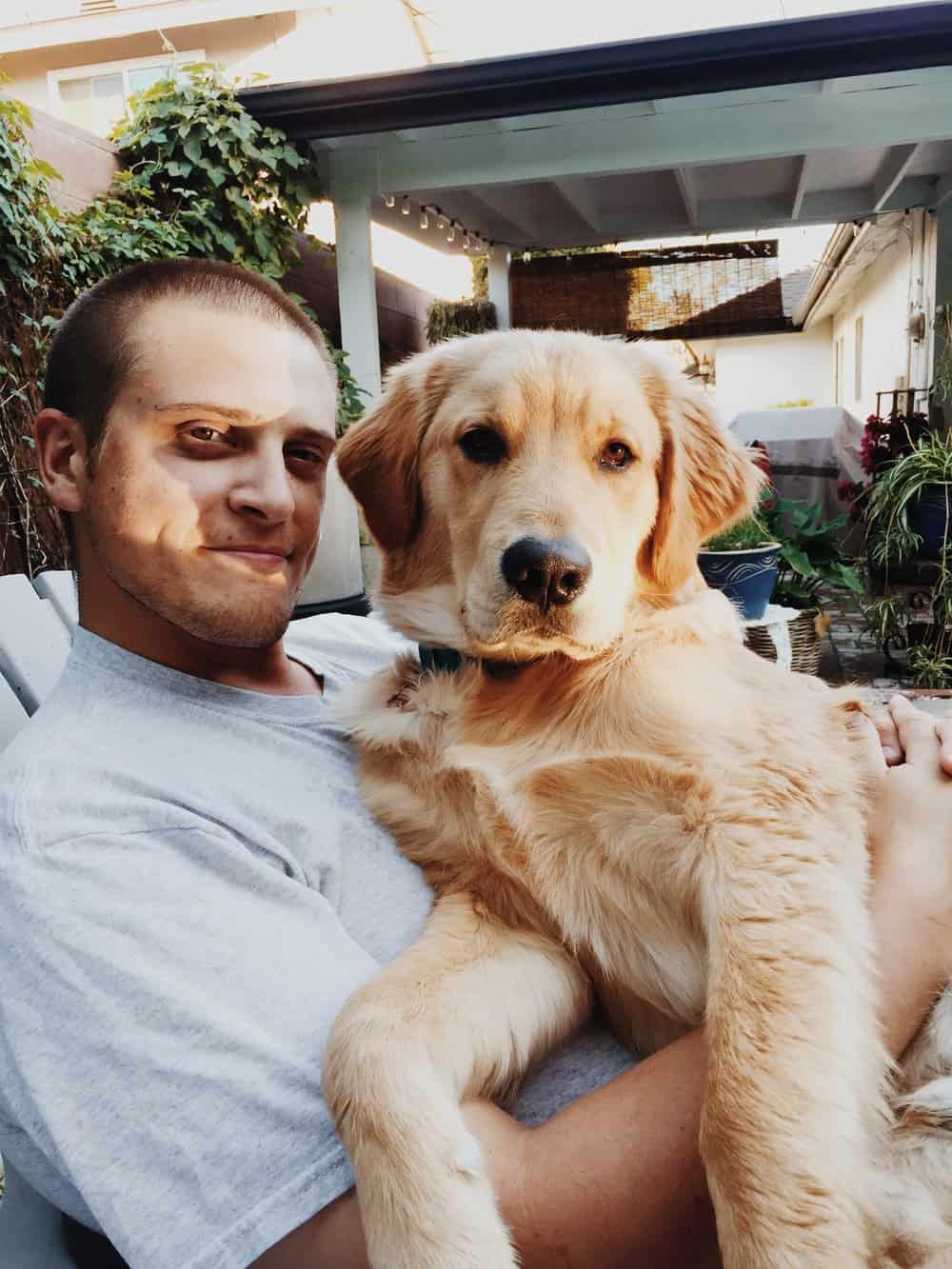 Little did we know we would spend the next three months going to bed exhausted only to wake up three times during the night and pray this little puppy would just freaking take a poop so I could get back to sleep. Should I also mention that California had more rain this year than like EVER BEFORE! Talk about a potty training nightmare.

Rascal is now 7 months old and seriously is the perfect little pup. We have realized that with a little effort and a lot of love you can seriously have a great puppy. He’s nowhere near show dog but this little golden retriever has blown us away with his loving temperament and loyalty.

If you’re looking to get your first dog like we were, or a dog that will be around children I would 100% recommend a golden. The moments where he lets me literally just hug him like a human and wags that tail as hard as he can when I walk through the door are the best. I now understand why dog people don’t like to leave their houses and I sincerely hope for more dog friendly patio restaurants (*give me all your recommendations!) 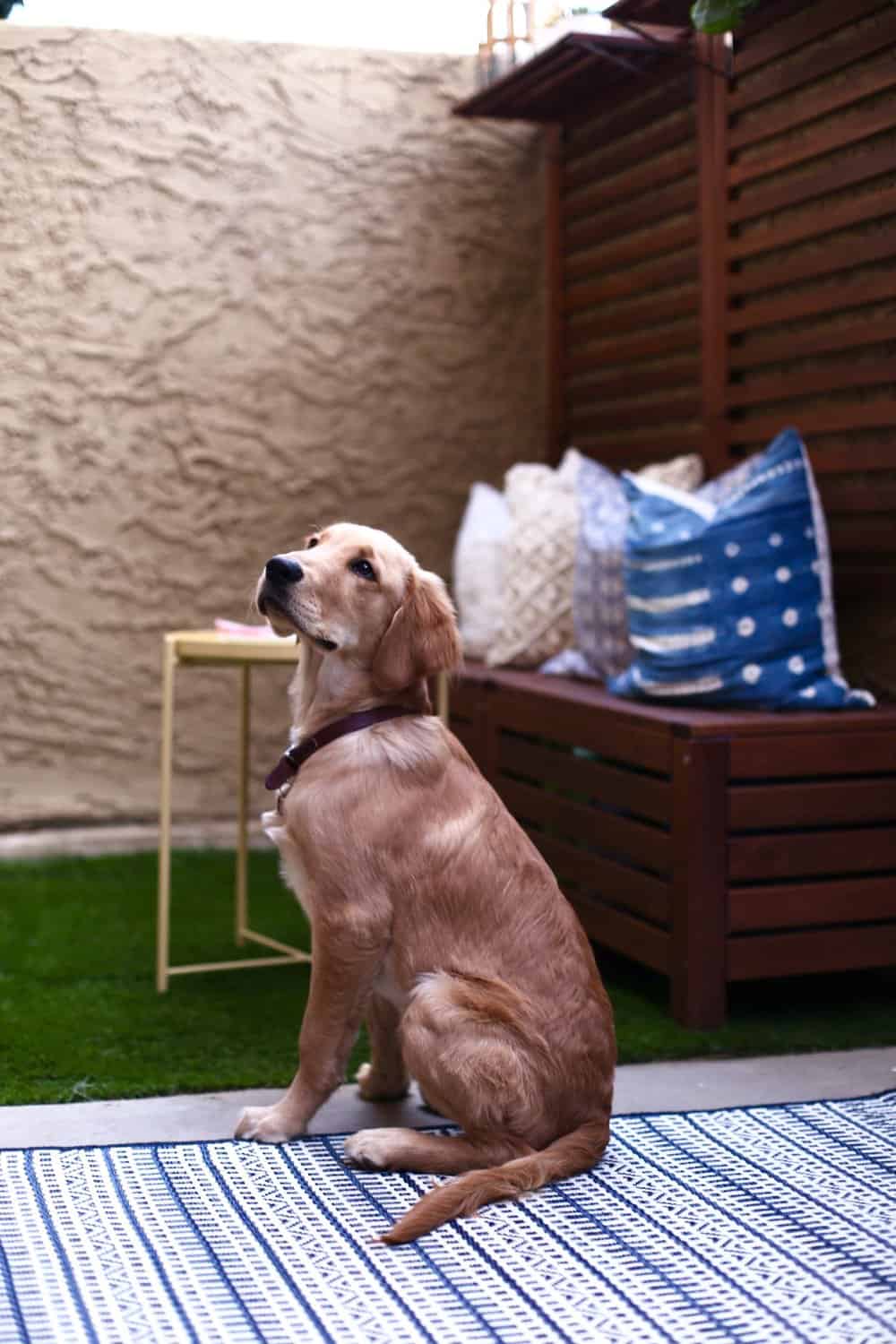