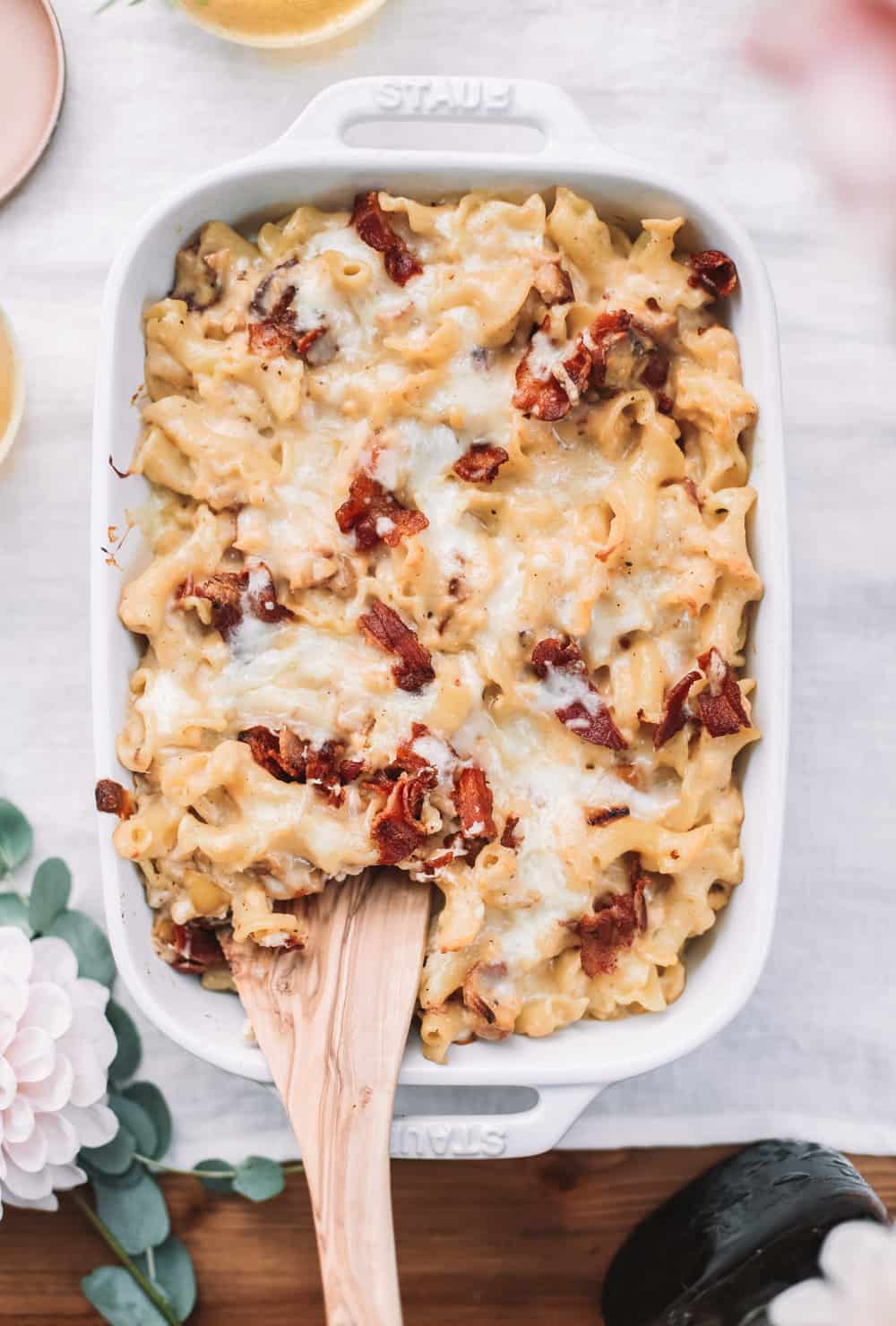 One of my favorite Macaroni and Cheese recipes to date! I don’t know about you guys but macaroni and cheese is one of those Thanksgiving sides that we just always have! I wanted to create a recipe for our Friendsgiving menu that tasted like the classic macaroni and cheese we all know and love but step it up a notch with some fun fall flavors!

I love an ooey, gooey super cheesy macaroni and cheese. A dry Mac is such a turn off for me. We used plenty of cheeses and put a fun kick in the recipe with smoked Gouda! You will also find this macaroni and cheese studded with caramelized apples and salty bacon. It’s warm, it’s tasty and it’s perfect for your Thanksgiving side dish roundup! 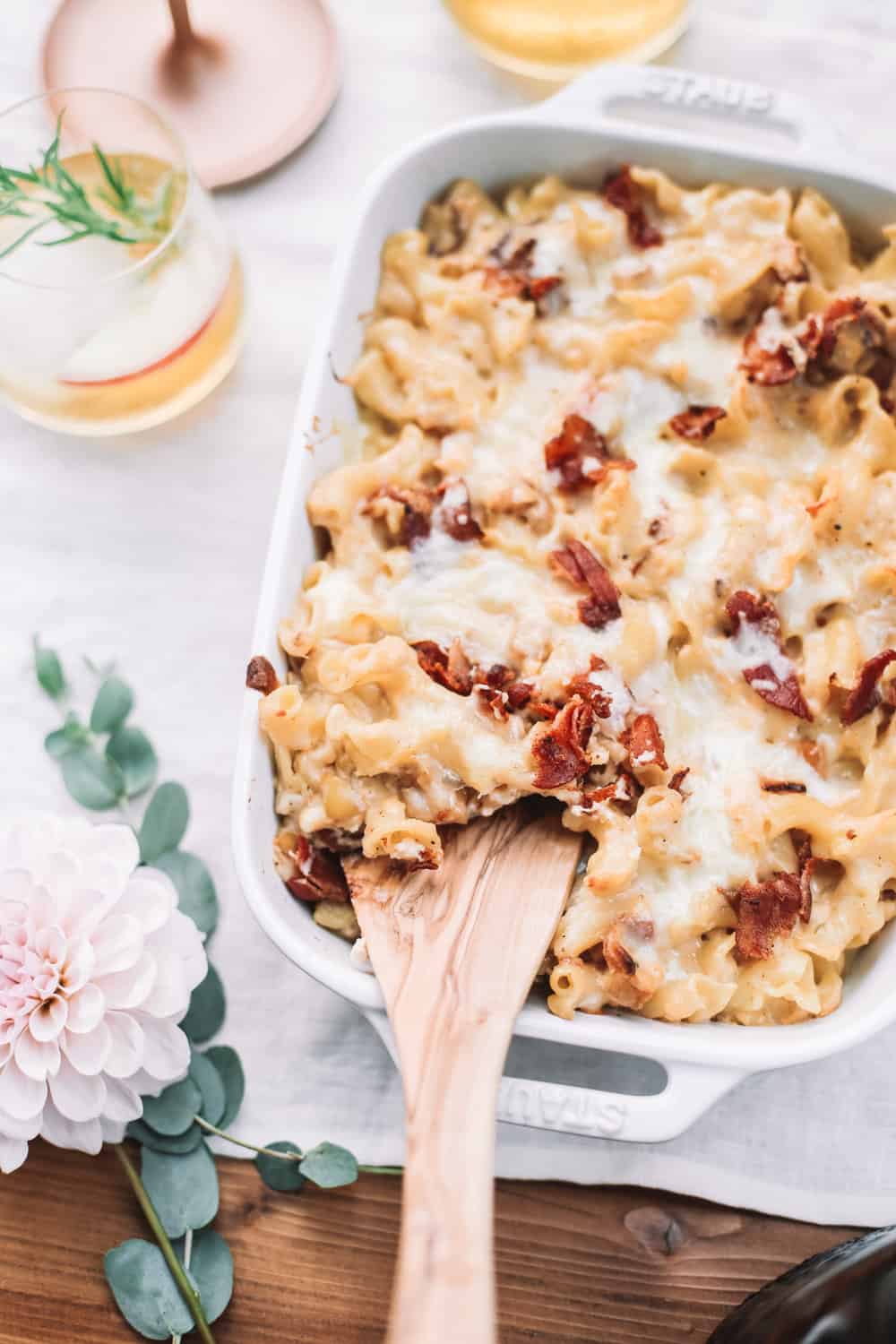 Preheat oven to 450 degrees Fahrenheit. Spray a Staub casserole dish with non- stick spray. Bring a large pot of water to a rolling boil. Drop pasta in and boil for 7-9 minutes or until al dente. Drain pasta and set aside.

Cook bacon strips on low heat until fat has rendered and bacon is crispy. Set bacon on paper towel lined plate and crumple when cooled. Sauté diced apple in bacon fat for 5-7 minutes or until tender. Transfer apple to a small bowl and set aside.

Add milk to butter/flour mixture and turn heat up to medium high. Whisk mixture occasionally for 3-4 minutes or until boiling and until the mixture has thickened. Remove milk mixture from heat and whisk in cheese until melted. Stir in apples and crumpled bacon to cheese sauce. Stir cheese sauce into macaroni noodles. Transfer noodles to a casserole dish.

Sprinkle mac and cheese with remaining ½ cup of Gruyere and bake for 10-15 minutes or until top is golden. 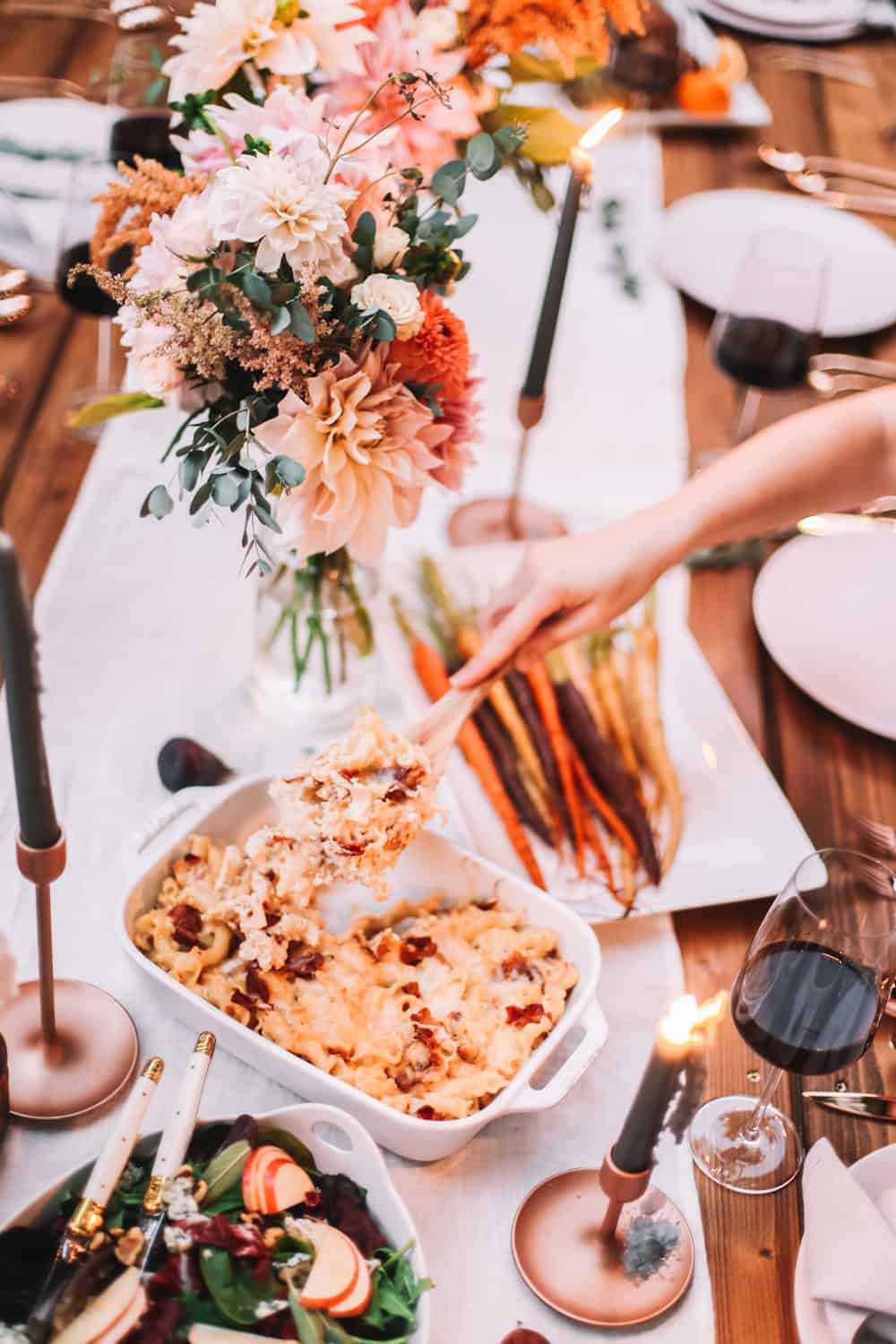