Fudgy and flavorful chocolate tahini brownies topped off with a creamy and totally fudge chocolate ganache. These brownies are a chocolate lovers dream! 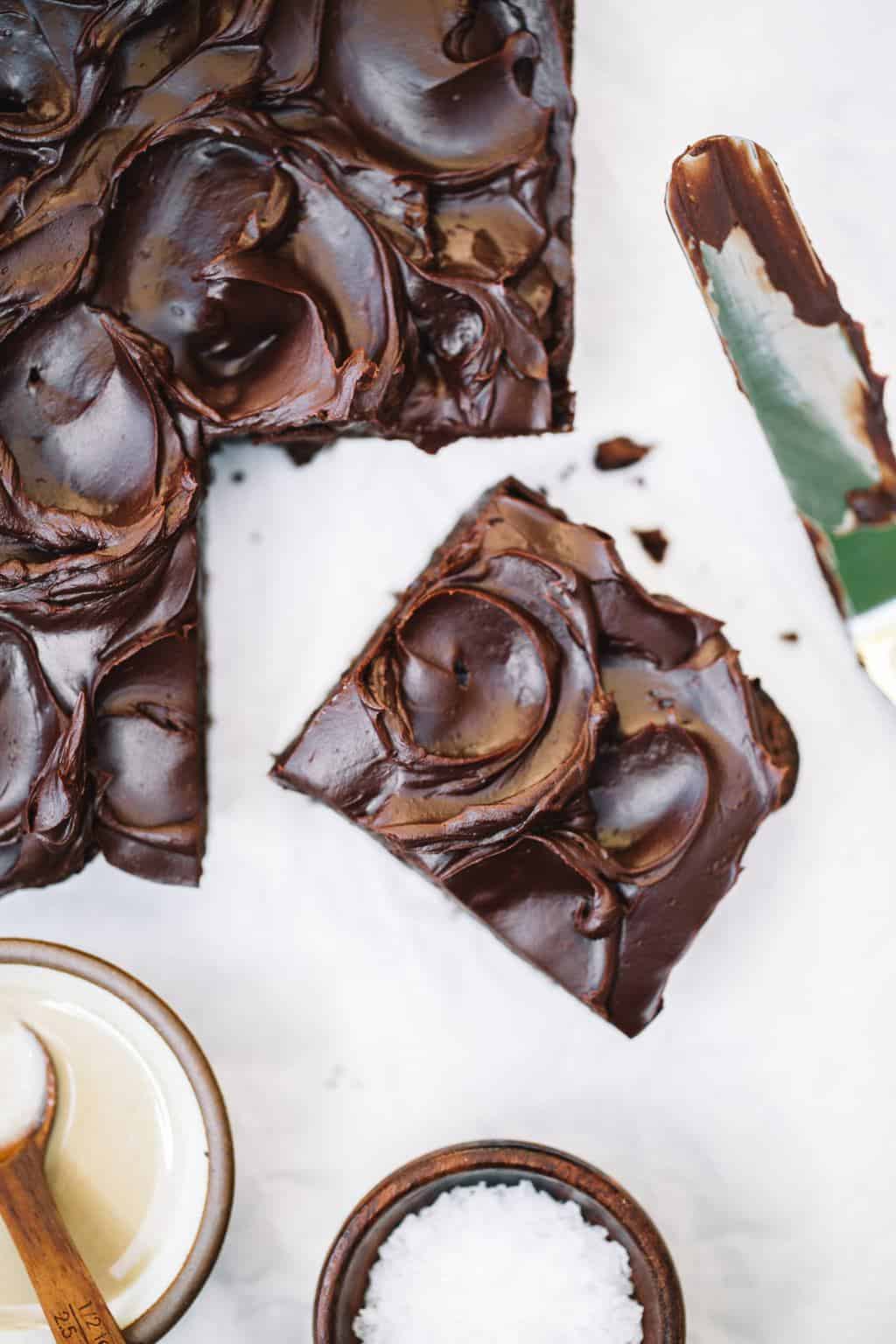 Are you ready to hear about the craziest thing that happened to me this weekend?! Okay, it’s really not THAT crazy but it was something that hardly ever happens to me. On Saturday I had planned to head up to Silverlake for one of my best friend’s pop up clothing shops.

I was literally out the door with one foot in the car when I got a text from her saying the event was dying down and I probably didn’t need to make the drive. At this point I had my make up done, a cute outfit on and my entire afternoon blocked off. I sat in my car for a good 10 minutes debating if I should be productive or not…20 minutes later I ended up at the mall. 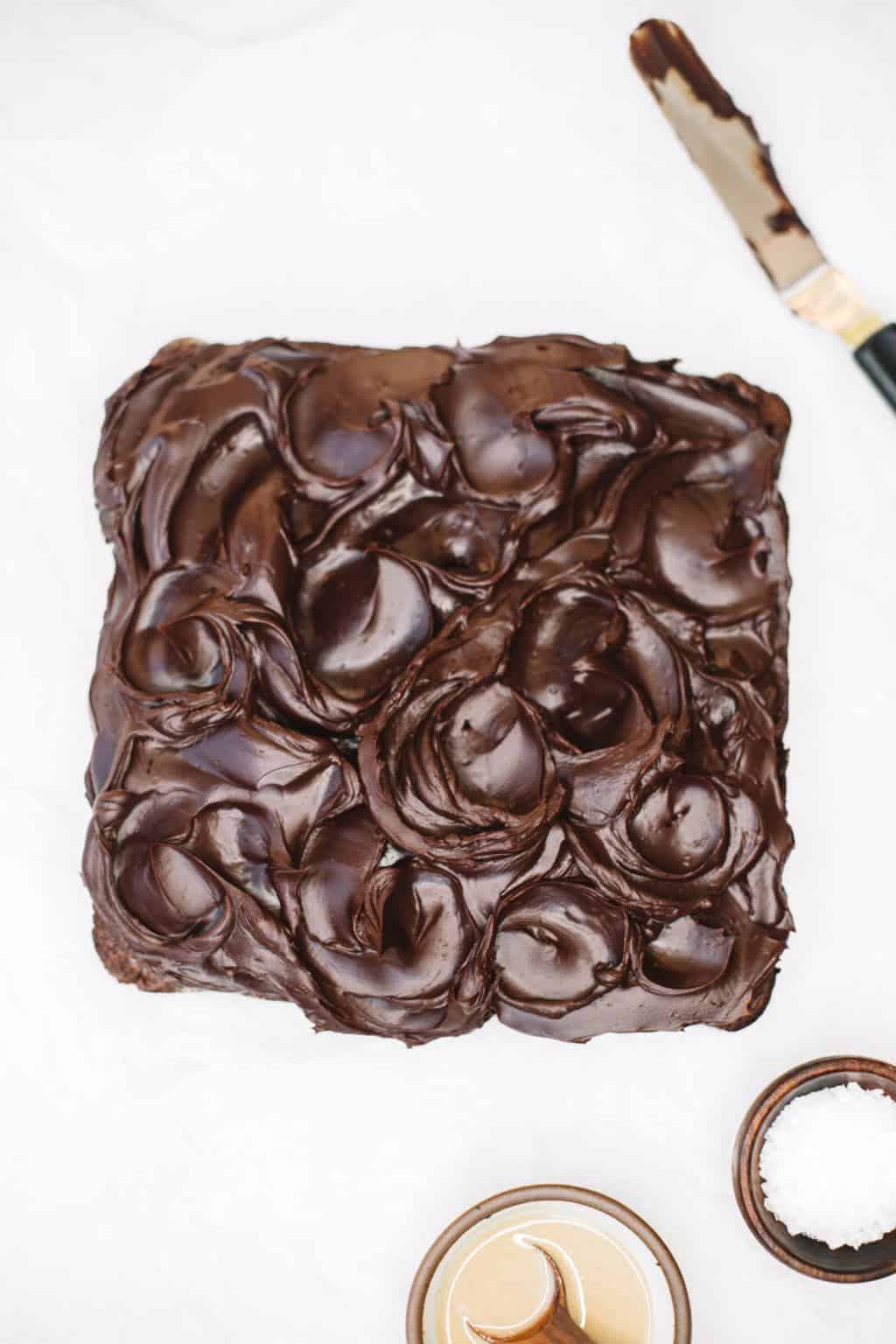 I’m not a HUGE shopper but man those few hours were pretty sacred. I started in Sephora for a new Clarisonic brush head (that I’m obsessed with btw, cleared up every pimple I had) and walked out with $180 worth of stuff later. This isn’t total normal behavior for me so it really is okay every now and then. I spent the rest of the afternoon wandering around stores like West Elm and Anthropologie sorting through sale racks to look for new props.

I came back home feeling super relaxed, so naturally, I turned the second half of season three of Queer Eye on and made these chocolate tahini brownies with chocolate ganache.

I felt so rested after this day and I forced myself to promise I would do it more often. 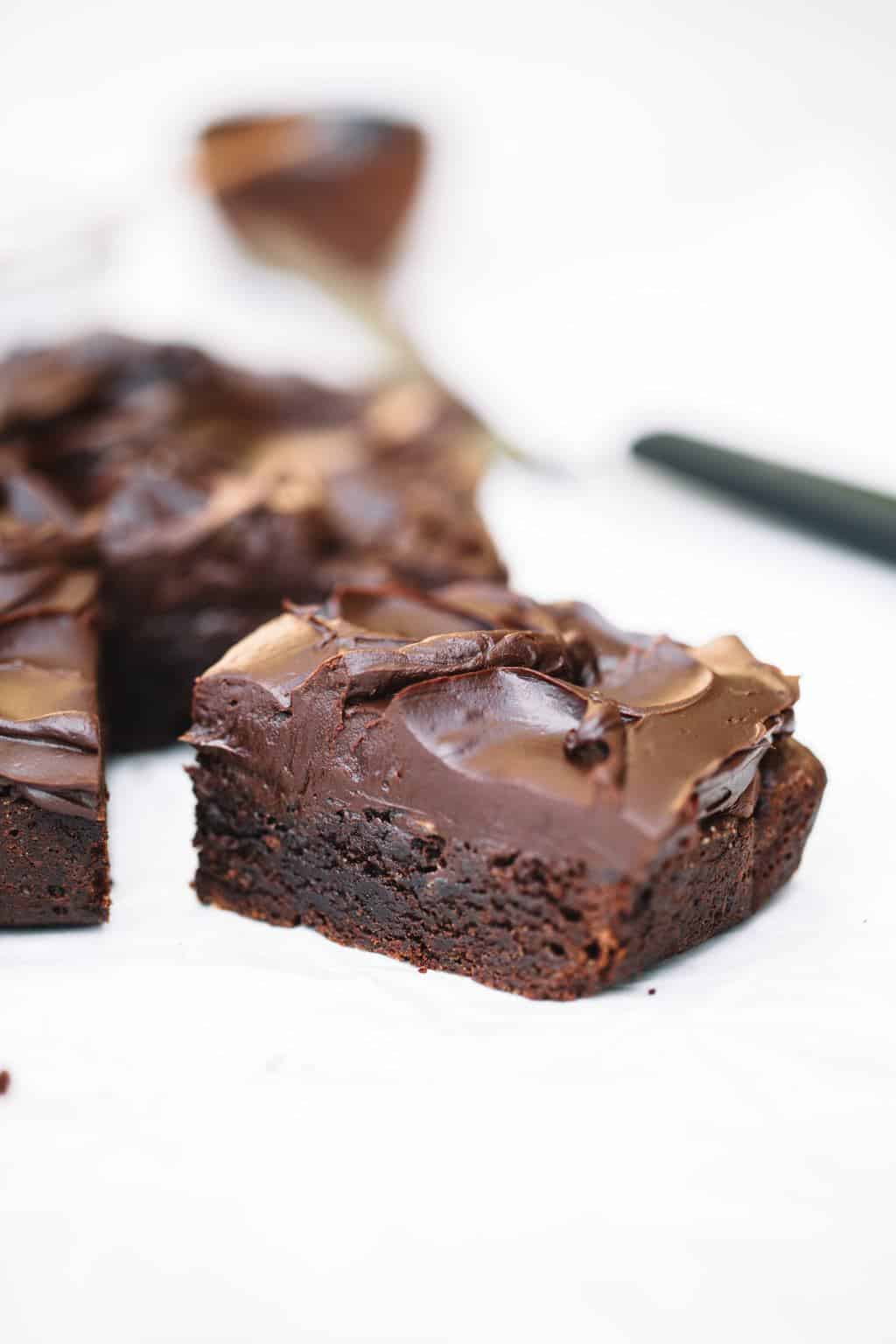 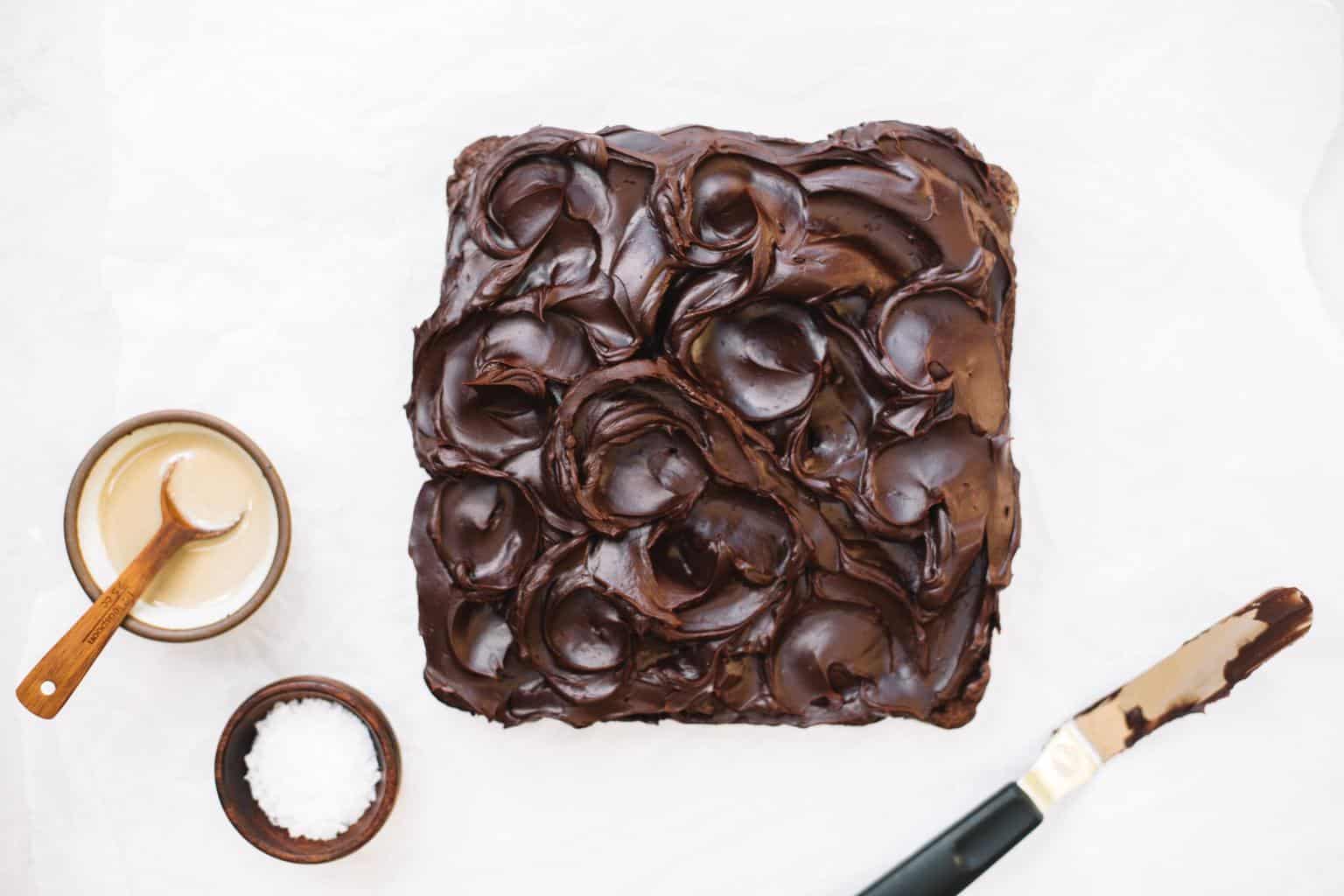 I have been wanting to make a chocolate tahini brownie for the blog for a while! I find myself incorporating tahini more and more into recipes lately and it adds such a new, nutty flavor that people don’t expect! If you aren’t familiar with tahini, it’s very similar to peanut butter but you’re swapping out peanuts for sesame seeds. The texture is a little thinner and much like peanut butter, you can use tahini in sweet or savory dishes.

The tahini gave the overall brownie batter and richness and ‘moist’ profile that normal brownies just don’t seem to have. I honestly was a little worried it was going to dry the brownie out but it did just the opposite! If you’re a boxed brownie kind of girl (I don’t judge) you could even add a tahini swirl on the top right before you bake them for an interesting take!

Now, I’ve got the rest of Queer Eye to finish. Happy baking 🙂 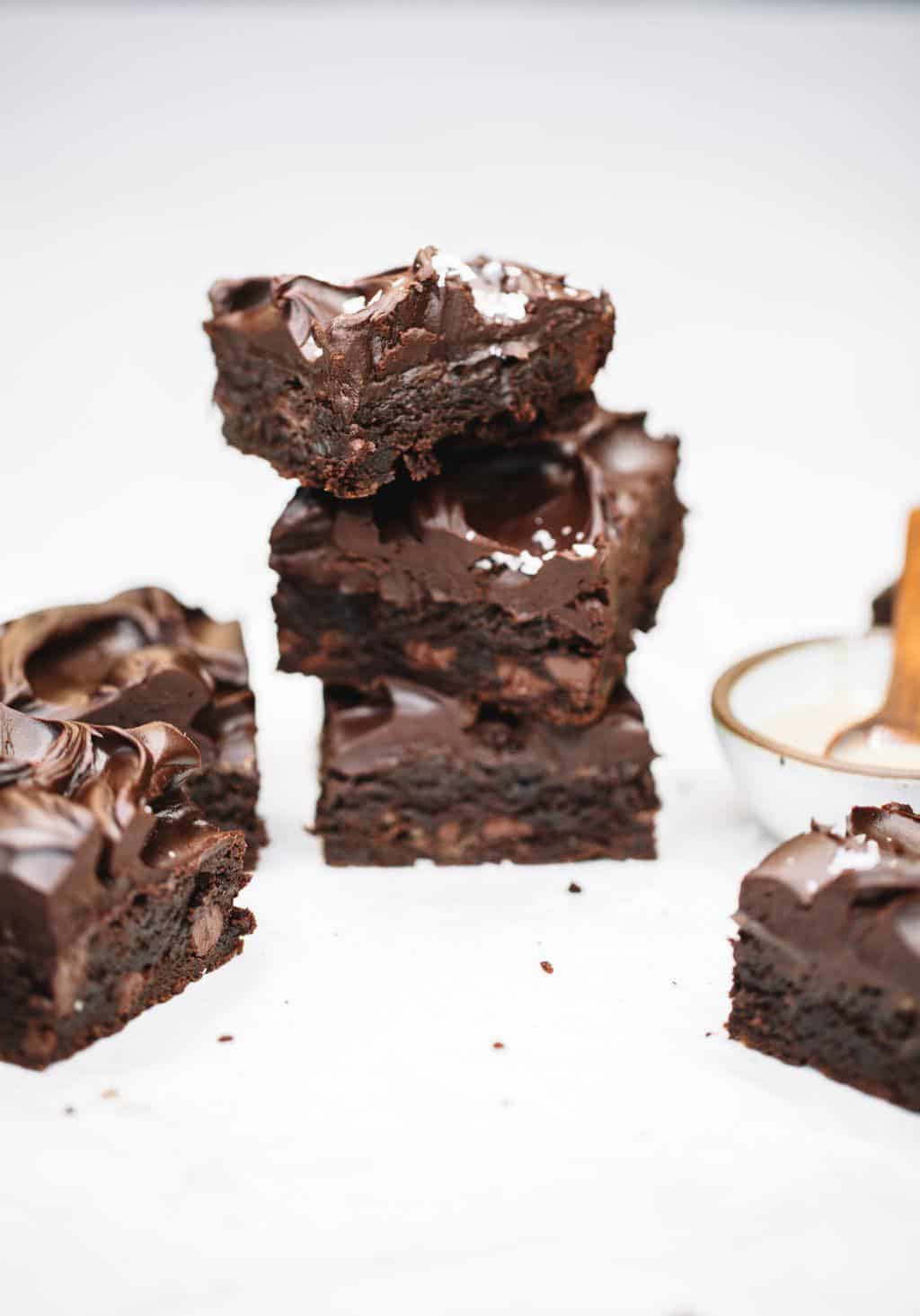