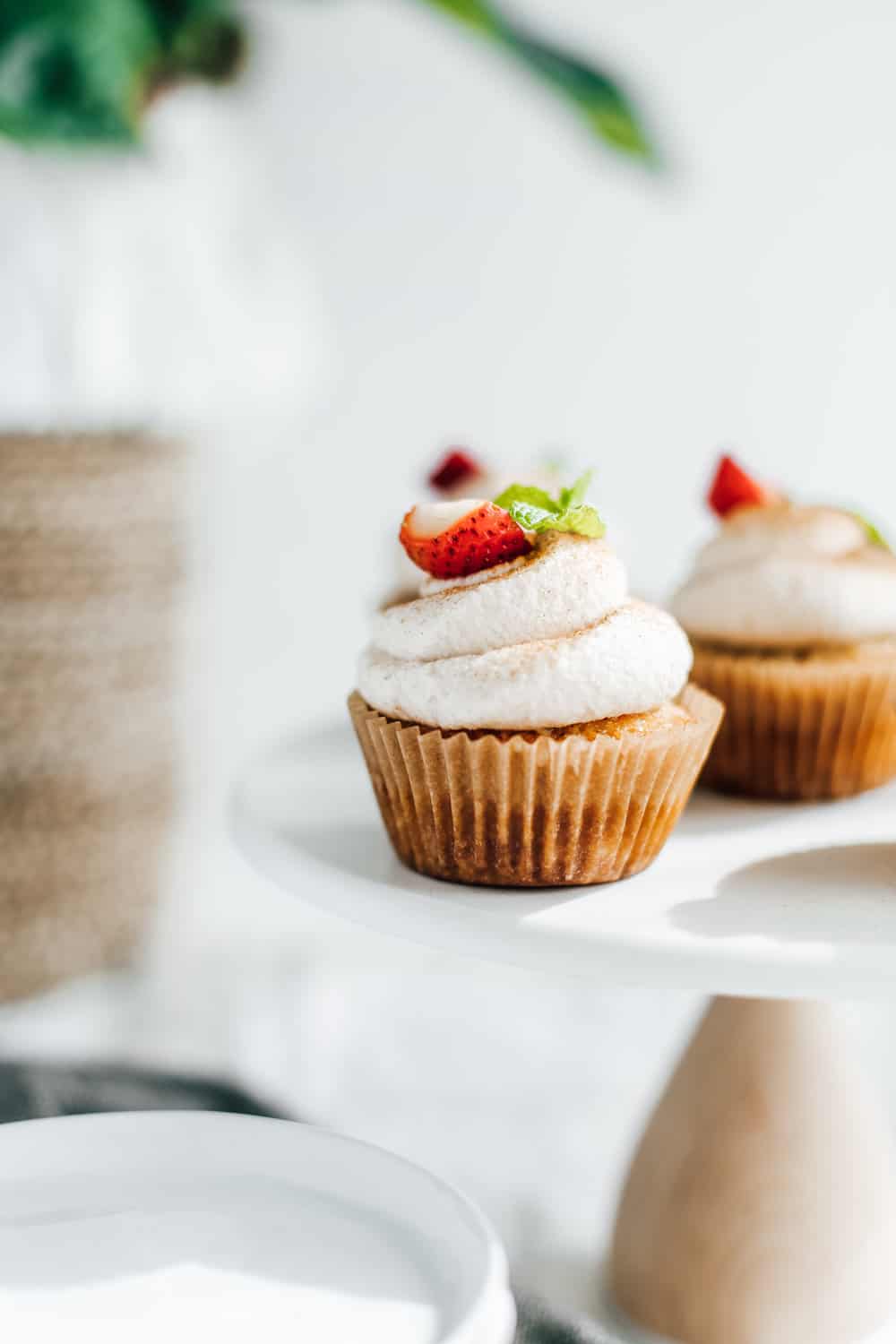 We are starting the weekend off extra sweet with coconut tres leches cupackes! Cinco De Mayo is tomorrow and I am SOO excited! Considering tequila is pretty much a branding element to The College Housewife at this point, I could not be more excited! Plus after Tuesday’s emotional post I figured we needed a little something fun!

Do you guys have any plans for cinco de mayo?! I’ve got one more shoot to do this afternoon for Ralph’s grocery store and then I am headed into the weekend. I might celebrate with a little pre-margarita to get the party started. These classic pitcher margs are my go to refreshing drink! 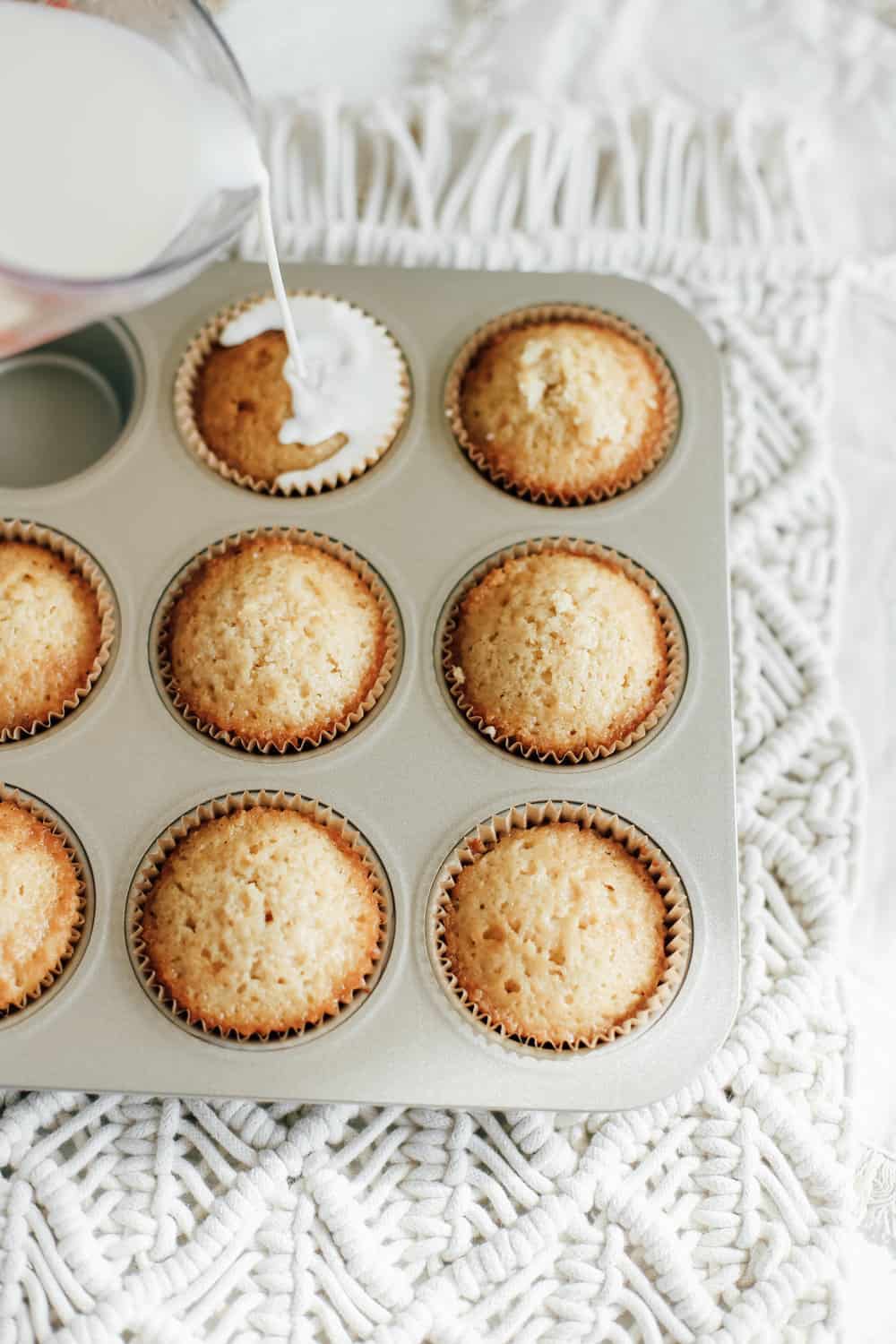 Tomorrow is actually my grandpas birthday so we are headed over to my parents house for a little celebration. It sounds really corny but I actually like spending Saturdays over there. The two years I spent in Colorado for school make me super homesick and I still feel like I am trying to gain that time back with them. My dad is going bbq up some pollo asada and I think I might bust out this green chili enchilada bake but I haven’t totally decided yet!

The year before last years Cinco De Mayo was quite exciting! It was the day before graduation and I had all of my California friends and family in town to celebrate. We set up this epic little fiesta in my college apartment complex! Not kidding, you’ve gotta check it out. It was honestly one of the cheapest and most favorite gatherings I have ever had. We set it up just outside the apartment community center. It was the first time I had all my friends and family under one patio roof for what seemed like forever. Hands down, favorite cinco de mayo to date!

Speaking of favorites, what is your favorite cinco de mayo treat?! I am a sucker for churros and totally need to try Half Baked Harvest’s cinnamon churros with coffee sauce! The thought of having a super big pot of boiling oil a few margs in sounds a little sketchy lol so this year I am sticking with cupcakes, okrrr?! I will save the churros for a more sober Saturday.

I kid you not, by the end of this cupcake shoot all the cupcakes we made were demolished. Between myself, Jared and Abagail (my trusty assistant) we killed about half the batch and then Abagail took the rest home to her family (with good reviews all around). There is something about them that is so decadent but still screams American classic. We blended three different milks (coconut is my fav!) to stick with the classic tres leches component.

On top of each cupcake is a mega simple and light cinnamon whip cream frosting. We garnished each little cupcake with a fresh strawberry and mint leaf. I love these cupcakes because they don’t take forever to come together! If you’re in a pinch for time I would buy a boxed cupcake mix (no shame in my game!) or ask your grocery store bakery for a dozen of unfrosted cupcakes! I can’t tell you how many times I have done this for shoots and what not, it’s a life saver!

Alright I am signing off for now because I’ve got a big Don Julio marg with my name on it! Cheers sister friend! And happy Cinco De Mayo! 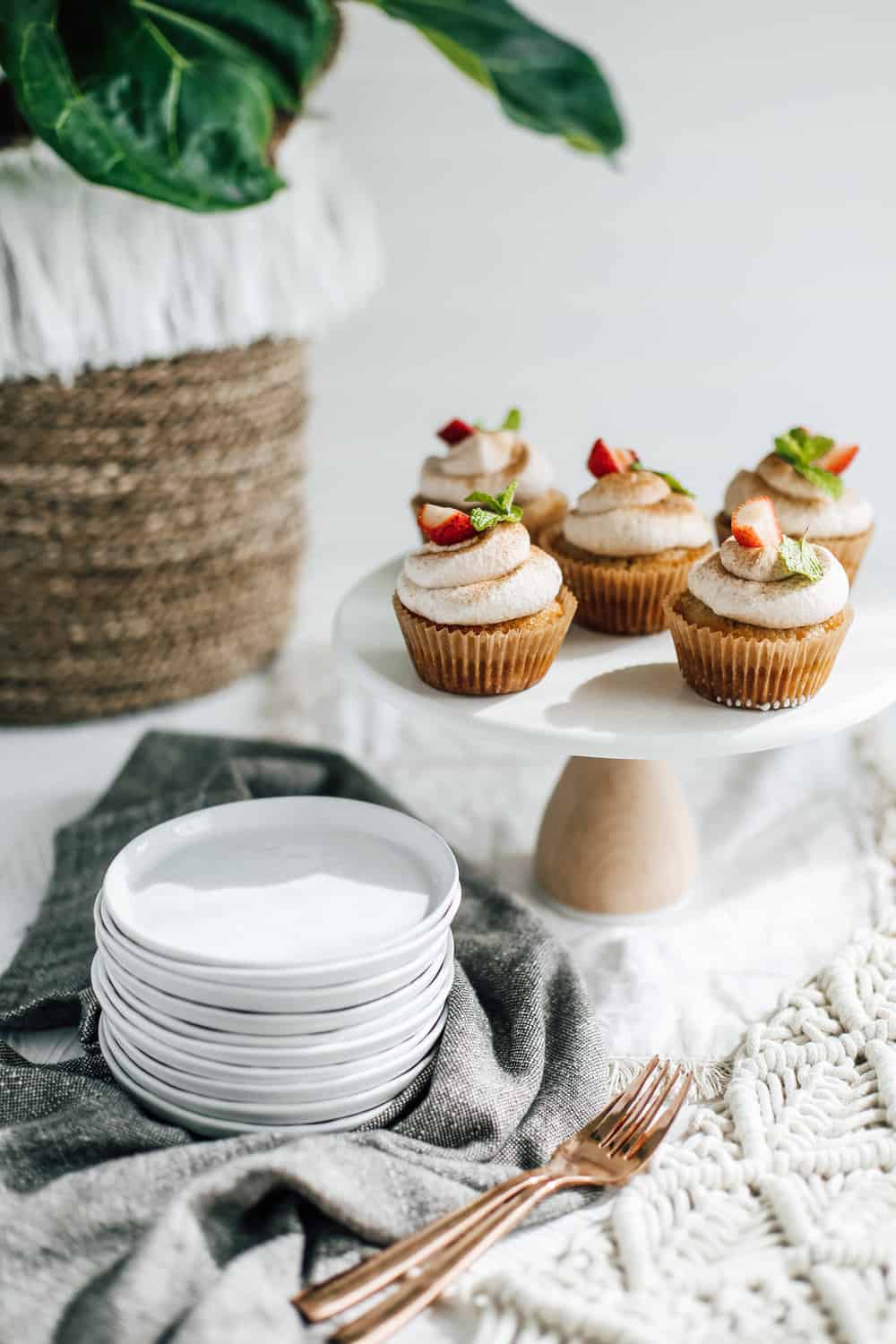 24 Baked Vanilla Cupcakes (box or store bought okay)
for filling
1 Can of sweetened condensed milk
8-12 Oz can of coconut milk
8 Oz of half and half
for whip frosting
10 Oz of heavy whipping cream
1/2 – 1 Cup of powdered sugar (depending on how sweet you like it!)
2 Teaspoons of pure vanilla extract
1-2 Teaspoons of ground cinnamon

Prepare 24 vanilla cupcakes and allow to cool. For multiple step recipes like this I suggest to just buy pre made cupcakes or use your favorite box mix. If you’re feeling hardcore, make them from scratch! I’m always looking to save a step and the milk filling gives them so much rich flavor you won’t even know they were boxed! Poke holes with a tooth pick all over the top of the cupcake. Place cupcakes on a baking sheet to prevent spills when pouring milk.

In a large bowl whisk together all three milks until creamy and combined. Transfer to a measuring cup and slowly pour into the cupcakes. The cupcake sponge will slowly soak up the milk mixture. You should be able to pour 2-3 rounds of milk mixture into each cupcake. Place cupcakes in the refrigerator and chill for 30 mins – 2 hours. While cupcakes are chilling prepare your whipped frosting!

With a stand or hand mixer attach a whipping attachment. Pour heavy cream into a metal or glass bowl and begin to whip on high for 3-4 minutes or until stiff peaks have formed and your base is light and fluffy. Add in pure vanilla extract, 1 tsp of cinnamon and 1/2 cup of powdered sugar. Mix for 10 seconds. Taste test your batch of whipped frosting. If it seems like it needs more sugar or cinnamon slowly add it in. When desired frosting flavor is reaching transfer to a piping bag or spoon onto cupcakes. Garnish with strawberry slices and fresh mint! 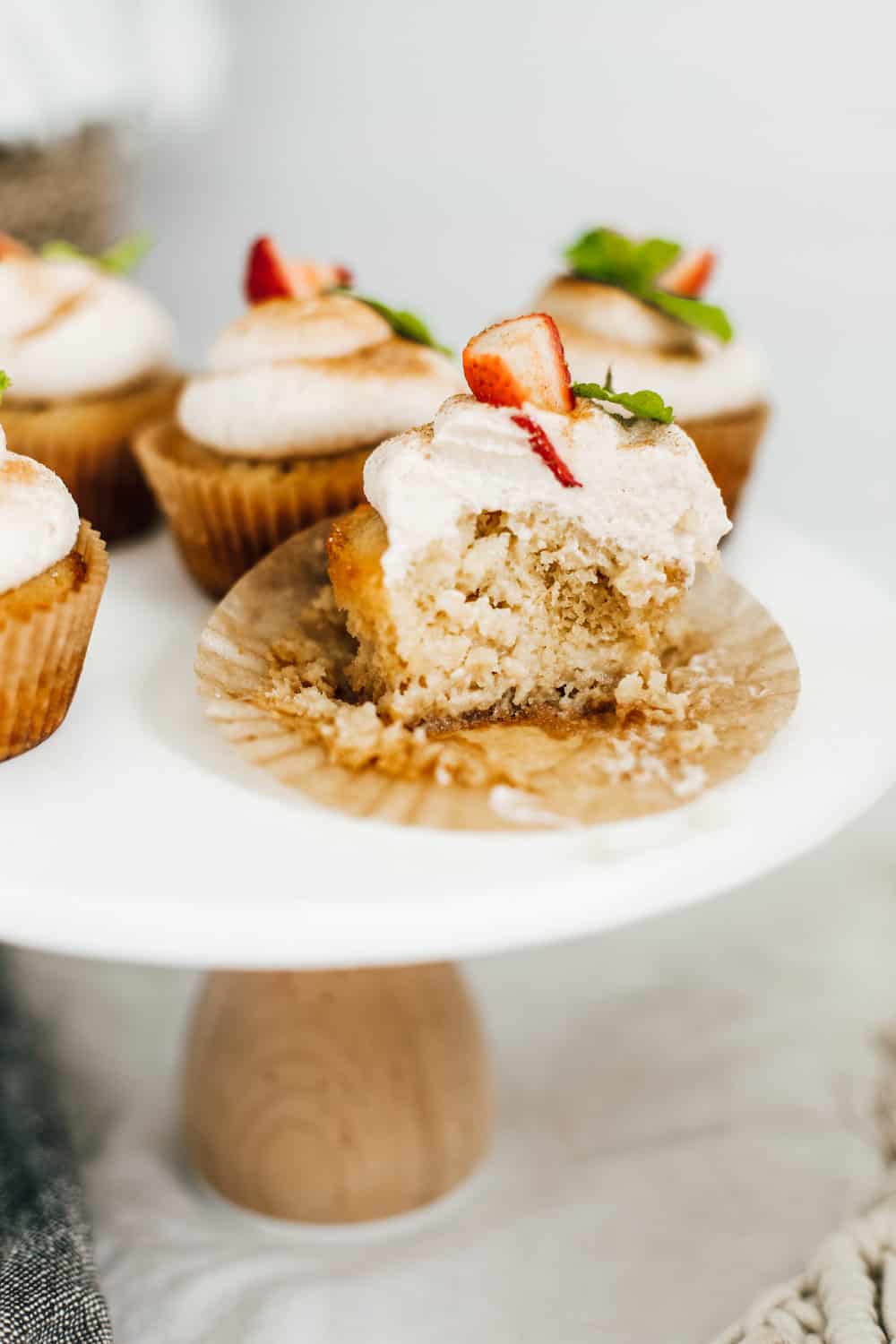